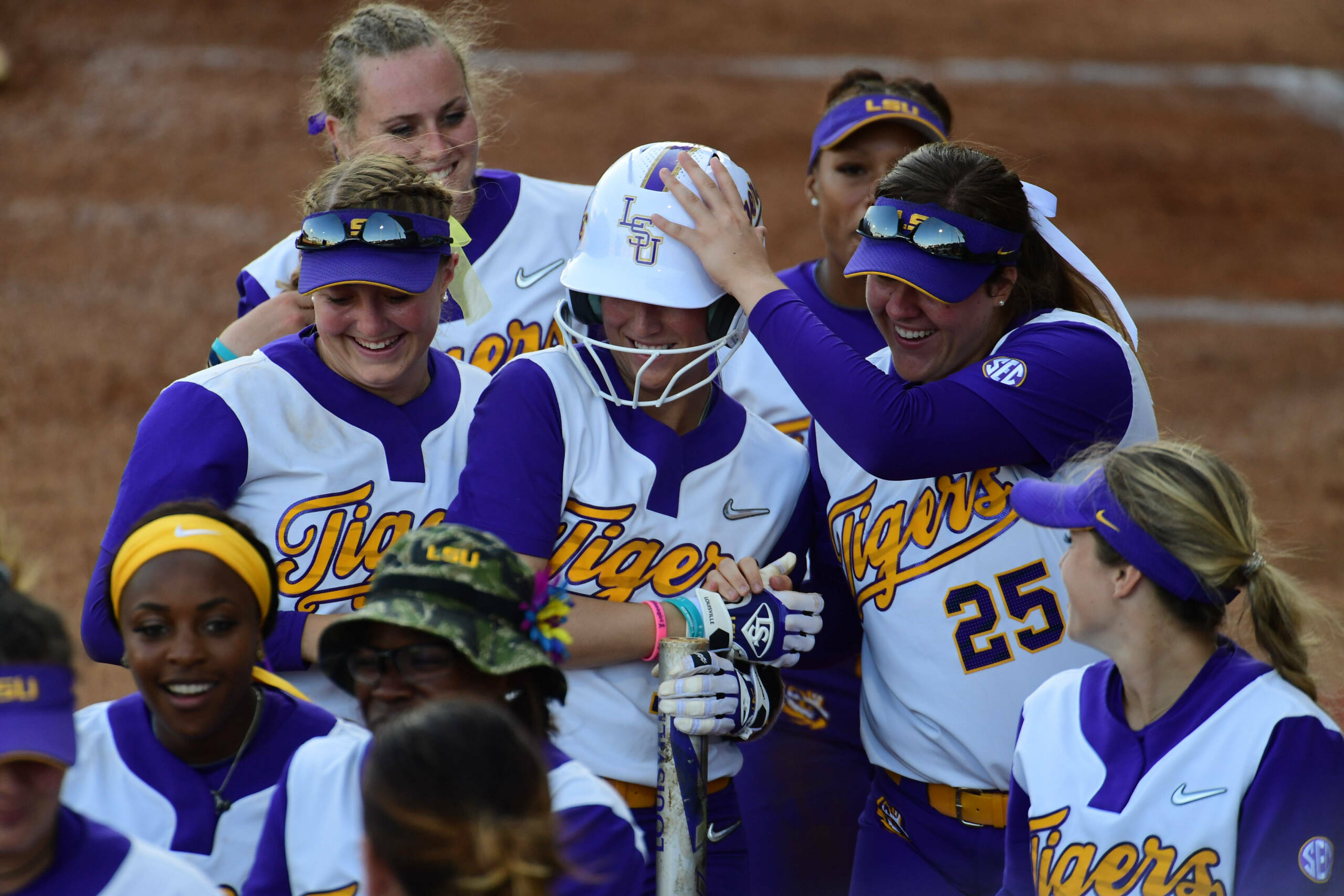 BATON ROUGE – The 10th-ranked LSU softball team defeated Monmouth, 2-0 in game two of the Baton Rouge Regional at Tiger Park Friday evening. The Tigers improve to 41-16 on the year, while Monmouth falls to 36-17.

The Tigers got on base in the bottom of the second starting with a single up the middle from Shemiah Sanchez, followed by Amanda Doyle reaching on a fielder’s choice to second. Savannah Stewart walked and Elyse Thornhill reached on a fielder’s choice, but was thrown out at second to end the inning.

In the bottom of the fourth, Shemiah Sanchez ripped the ball to left field for a double and advanced to third on a ground out to shortstop from Doyle. With two outs and Sanchez in scoring position, Stewart shot a line drive through left side to put the first run of the game on the board. LSU led 1-0 going into the fifth.

With one out and a 2-1 count in the home-half of the fifth, Amber Serrett stepped up to the plate and smashed the ball over the right field wall, recording her seventh dinger on the year. At the end of the inning the Tigers led 2-0.

Monmouth had a runner in scoring position in the top of the sixth, but the batter singled to Stewart in left field, who then fired the ball to Michaela Schlattman at home plate to tag the runner out. LSU kept a 2-0 lead.

Maribeth Gorsuch held it down in the circle and gets the win, improving to 12-3 on the season. She allowed five hits in the seven innings pitched and finished with five strikeouts.

“I was really proud of our team tonight. I thought we had a lot of really great individual performances as well, but overall the most important thing was that LSU got the win tonight against a quality opponent. Their pitcher, Alyssa Irons, was phenomenal as she is very talented. We saw that and I am just glad we got the win. MB (Maribeth Gorsuch) stepped up for us and was able to bring a lot of energy to the game. And of course, these other three at the table (Shemiah Sanchez, Amber Serrett and Savannah Stewart) each had their moments as well to help us get the win).”

On how Savannah Stewart stepped up tonight…

“It is really great when you can have players do that, especially when it is a freshman who steps up like that even though I would not consider Savannah a freshman anymore as she has been in a lot of games and has a lot of experience. She is a big-game player and a very clutch player and I think we saw that through the recruiting process and we were proven right in that assessment. She just continues to prove us right in the toughest of situations.”

“A big reason why I put Maribeth on the mound tonight was because I like the energy that she brings to this team. She is a leader for us as she is our most veteran pitcher. She is a high-energy kid and she really gets into it and I believed our team really needed that today. It brought a lot of life to us with she and Morgan Cummins for us as the battery. They brought a lot of life and did exactly what we needed to do.”

The Tigers will take on Texas Tech in game three of the tournament at 1 p.m. Saturday. All games throughout the regional will be available to stream live on ESPN3, which can be found through WatchESPN and the WatchESPN app.