Duplantis One of LSU's All-Time Greats 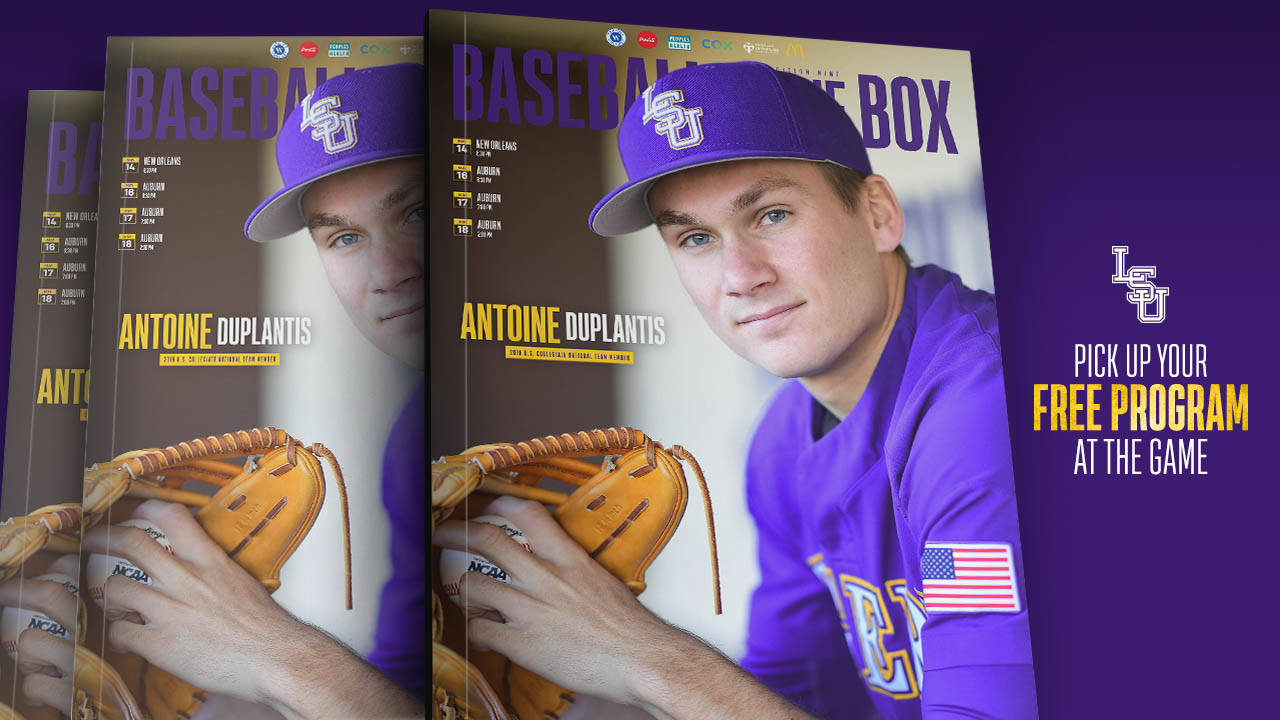 “He’s going to be a baseball player one day,”

Antoine Duplantis‘ older brother Andreas Duplantis could spot it as they were growing up. He called it in front of the family when Antoine was just three years old before he could even completely understand his love for the game.

If you ran into Duplantis at the age of three, he was often decked out in baseball attire, mostly a Yankees uniform, which differed from the rest of his family of pole vaulters.

He distinguished himself at a young age from his siblings and his parents by picking up a baseball bat. When the family would go to Sweden for the summer, he would stay outside with his grandfather, hitting the wiffle ball in the front yard.

“All I wanted to do was hit,” Antoine explained.

That want to hit and play baseball never ceased. While his siblings were jumping, Antoine was ready to go to baseball practice and improve his skills on the diamond.

His grandfather would often tell him, “You know, you could get more scholarship money for college if you compete on the track.”

“I know,” Antoine responded, “but I’d rather try my hand at playing baseball.”

Try he did. He competed in travel ball and summer teams and did not have an offer come in from any school entering his junior year of high school. It was hard to wrap his head around as players in his hometown were getting offers from Power 5 Schools.

He knew he was good enough to play in college. Why weren’t the offers coming in?

Frustration set in, but it wasn’t going to get the best of him. Antoine kept his head down, continued to work and waited patiently.

Finally, LSU called. It was the only offer he needed. It was his chance to play baseball in the best conference in front of the best fans. He was ready and was the last recruit of the 2015 signing class.

When he stepped onto campus in the fall of 2015, Antoine had two goals: make it through fall baseball and be good enough to travel on the 27-man roster in the spring.

Once the Tigers started fall scrimmages, it didn’t take long for Antoine to know he could play with the rest of the group and could compete in the Southeastern Conference, at least he thought after he opened one of his first scrimmages going 3-for-3 at the plate.

Feeling great after his performance, he came to the plate the next day and struck out three times.

After the second scrimmage, head coach Paul Mainieri offered some words of wisdom to the wide-eyed freshman.

“Baseball is a humbling game,” Mainieri told him. “One day, you’re on top of the world. The next day, you can be put right back where you started.”

Never being one to show his emotions on the field, he took that comment to heart and arrived at the field ready to go for his next chance.

That consistent Antoine that everyone knows is who showed up to the plate the rest of the fall. He not only attained his two goals that he arrived with but he also solidified his spot as in the starting lineup for opening night.

The outfielder opened his LSU career by going 1-for-4 at the plate with an RBI and two walks in the seven-hole and continued that into the next 18 games, starting his freshman campaign with a 19-game hit streak, the third-longest by an LSU freshman in the previous 20 seasons.

The next season, Antoine collected 90 hits and set the single game record for hits on March 17, 2017 versus Georgia when he went 6-for-6 at the plate with one double and a career-high seven RBI.

After the 2017 campaign, Antoine found himself in Mainieri’s office for his annual exit meeting. Mainieri had talked to the seniors the day after the Tigers returned home from Omaha. Next was Antoine.

“How would you like to wear the No. 8?” Mainieri asked.

“I’d love it,” Antoine responded, elated with the honor to wear the number exemplifying the spirit of LSU Baseball.

His leadership and dedication to the program is what gave him that honor, and he’s worn it with pride throughout his last two seasons, setting himself apart by his example and his approach.

Antoine’s brother Andreas was right. He may have been the last player of his signing class, but he’s made his presence known in the Purple and Gold.

Antoine is a baseball player, a baseball player who will go down as one of the best players in LSU and SEC baseball history, putting up tremendous numbers at the plate with his sweet swing and making plays look easy in the outfield with his calm demeanor, and he’s not done yet.