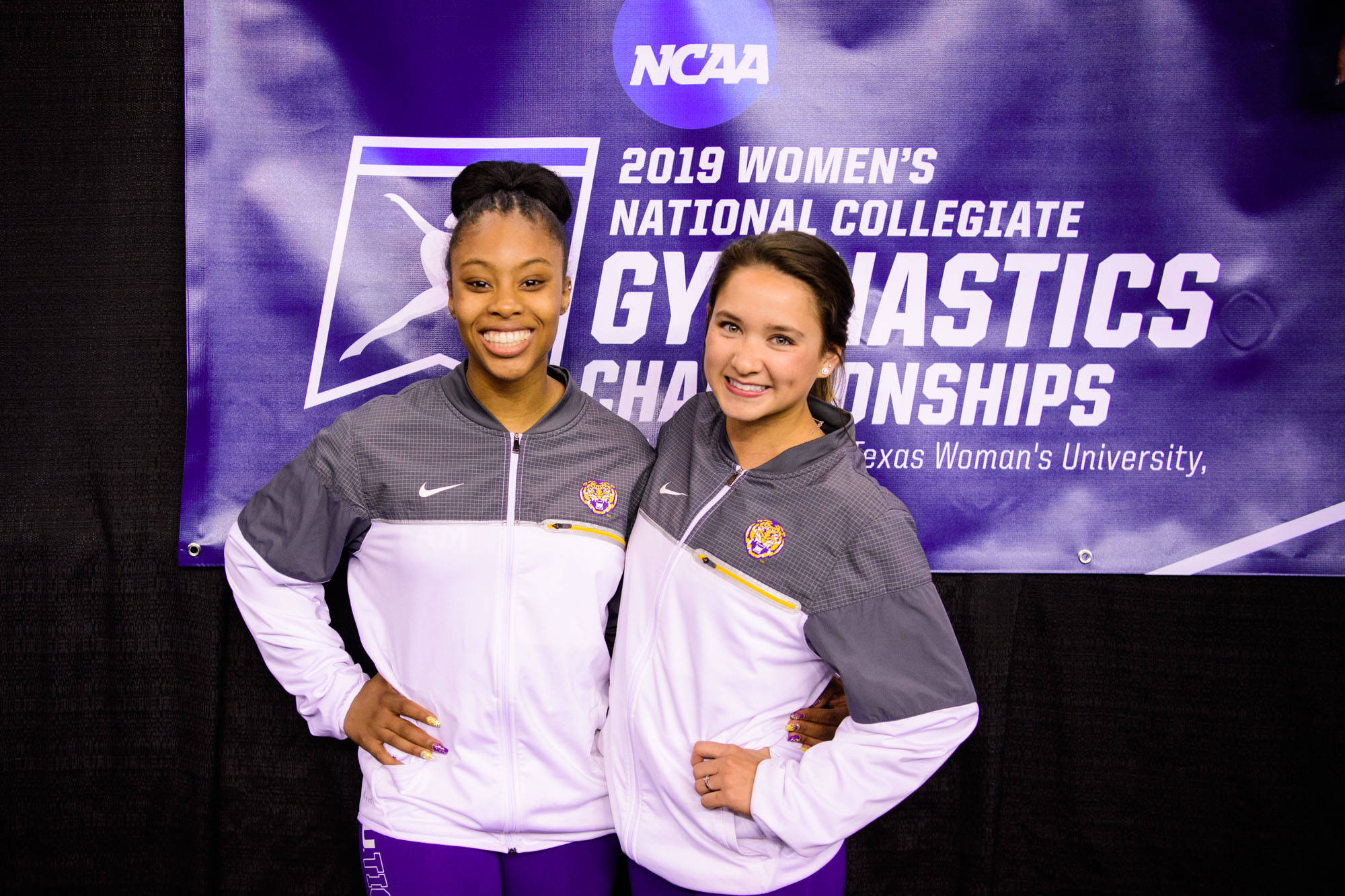 FORT WORTH, Texas – Senior Sarah Finnegan and junior Kennedi Edney captured the program’s 14th and 15th individual championships with wins on bars and vault at the NCAA Gymnastics Championships Friday.

Finnegan became a two-time NCAA champion after her 9.95 performance in NCAA Semifinal I. The Lee’s Summit, Missouri, native also won the NCAA bars championship in 2017 when she became the first LSU gymnast to win a title on the event. With the victory, Finnegan earned her 45th win of the season to pass Susan Jackson and Sandra Smith for the most in a season in school history.

Edney became a two-time NCAA champion after earning a 9.95 in the anchor spot of vault in NCAA Semifinal I. Edney also won the NCAA vault championship in 2017 when she became the first freshman to win a title.

National. Champion. Vault. @kennediedney said “watch this” and crushed vault for a 9.95! pic.twitter.com/cMWSffBj3d

LSU gymnasts have combined to win 15 individual championships, including 14 since 2002. Finnegan and Edney joined Rheagan Courville, Susan Jackson and Ashleigh Clare-Kearney as the only gymnasts in school history to win multiple national championships.

Finnegan, Edney and the rest of the Tigers will compete for the program’s first team championship in the Four on the Floor at 6 p.m. CT Saturday on ESPNU.