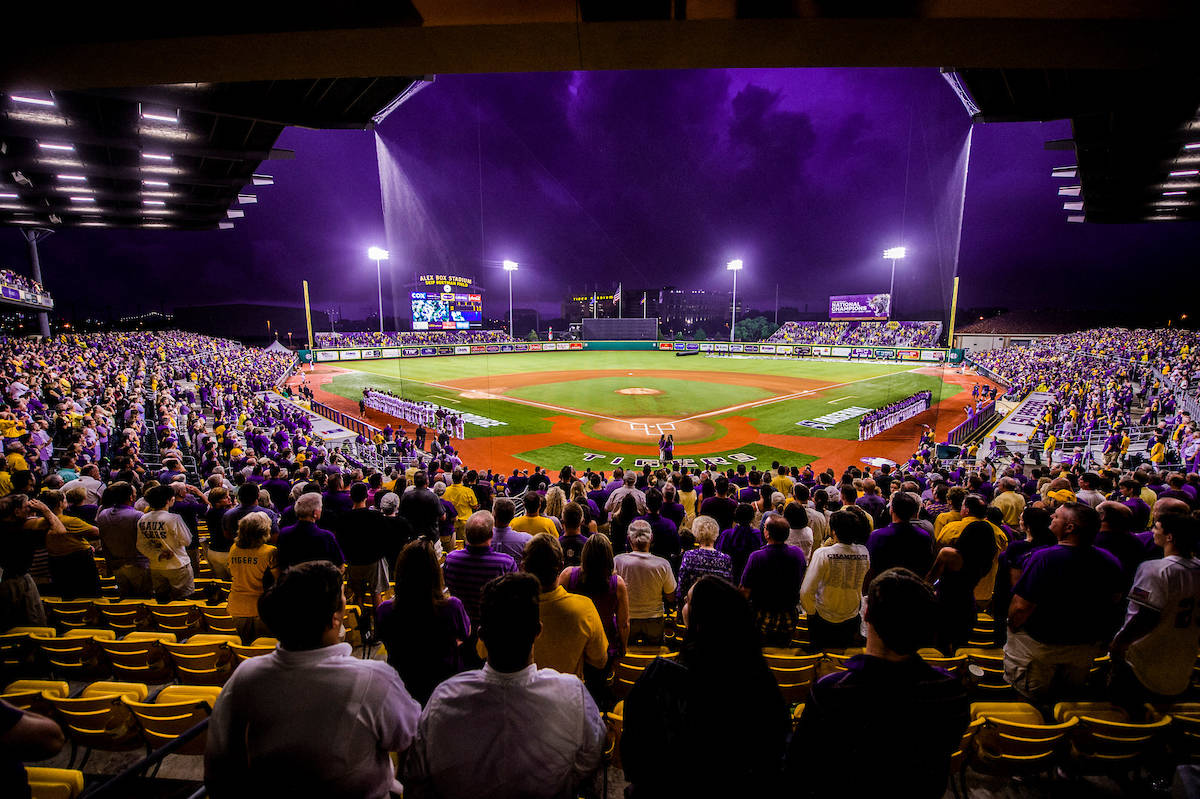 BATON ROUGE, La. – Due to the forecast of severe weather in Baton Rouge on Sunday, the schedule for this week’s LSU-Texas A&M baseball series has been changed in the effort to play all three games.

Game 1 of the series will be played at 7 p.m. Friday, as originally scheduled. The teams will play a doubleheader on Saturday at 2 p.m. and 7 p.m., and both games will be nine-inning contests.

There will be no game played on Sunday.

All three games of the series may be heard on affiliates of the LSU Sports Radio Network.