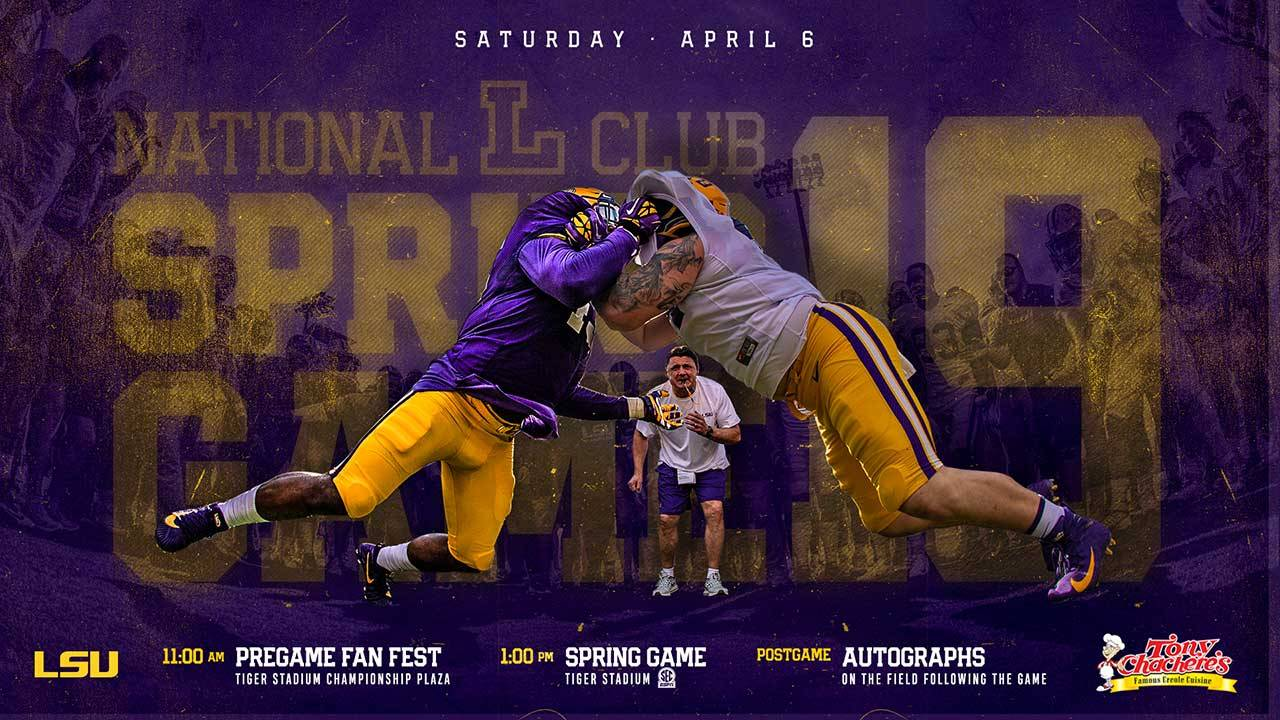 BATON ROUGE — A pregame Fan Fest featuring carnival rides and a postgame autograph session with the LSU football team are among the highlights of this year’s National L Club Spring Game presented by Tony Chachere’s on Saturday, April 6.

Kickoff for the spring game is set for 1 p.m. in Tiger Stadium and admission is free. Fans are invited to campus early that day to take part in the pregame Fan Fest near the Tiger Stadium Championship Plaza, which starts at 11 a.m.

The Fan Fest will feature free carnival rides, interactive games, food vendors, beer sales and music. It will remain open until 7 p.m. and is available for all fans attending many of the multiple events taking place on LSU’s campus.

The LSU football team will walk down “Victory Hill” and into Tiger Stadium at approximately 11:30 a.m.

Kickoff for the contest is scheduled for 1 p.m. and the game will be broadcast on the LSU Sports Radio Network and can be heard in the Baton Rouge area on 104.5/104.9 FM as well as on the internet at www.LSUsports.net/live. The game will also be televised on the SEC Network.

After the game, members of the football team and coaching staff will be available on the field for an hour-long autograph session. Fans will be instructed on where to enter the field following the game.

Fan can enter to win two tickets to the 2019 LSU-Florida football game, season tickets, and much more at the Spring Game.

Click here to enter. Fans must be present on Saturday, April 6, to win.