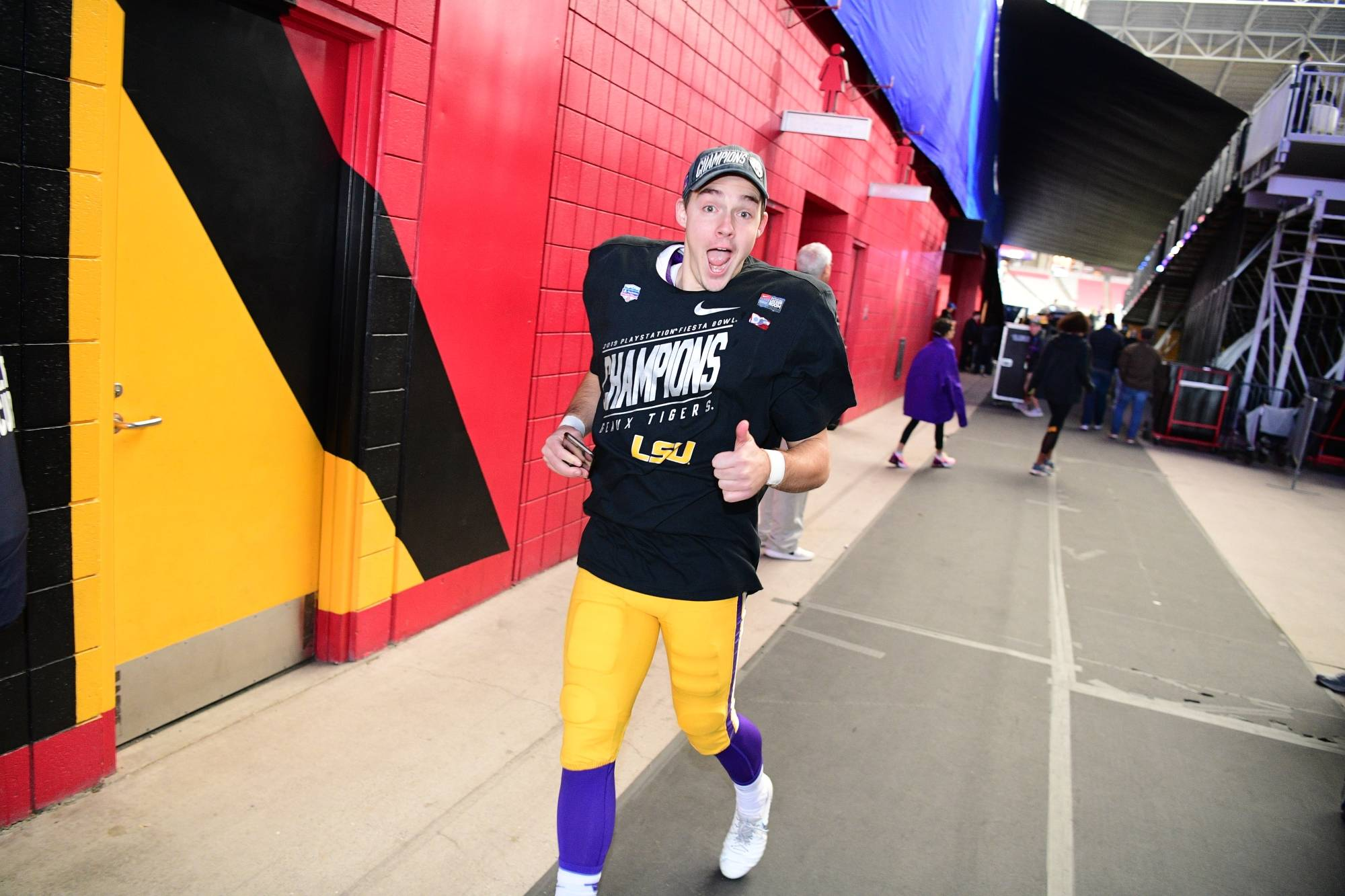 SCOTTSDALE, Ariz. – Believe it or not, Cole Tracy can, from time to time, miss a field goal.

It’s rare, of course. The graduate transfer was no good just four times all season, and after his four-for-four outing in the PlayStation Fiesta Bowl on Tuesday, he’s the most prolific NCAA kicker in history – 97 career makes, including an LSU single-season record 29 in his only season in purple and gold.

But his college career began, in a short-lived trend, with a miss.

Five years and 97 makes later, Tracy has made more field goals than any kicker in NCAA history. He followed that first miss with a six-for-six showing against LIU Post the next game, and he finished his career with a perfect performance in the Fiesta Bowl.

Cole Tracy missed the first field goal he ever kicked in college.

He did so not only under the pressure of wanting to take home a New Year’s Six trophy and get a 10th win for LSU for the first time since 2013, but Tracy also admitted he knew exactly how many kicks he needed to make history.

“Being a kicker, it’s something you follow,” Tracy said. “To be honest, I didn’t think it was something that would happen, but I’m very happy and fortunate it did. Coming into the game, my mindset was, ‘You gotta win the game, however you do it.’ I’m just so thrilled. This is a great team win.”

The fourth kick, which extended the LSU lead from 13 points to 16 points with 4:12 on the clock, was one of the more excruciating experiences of Tracy’s productive career. He’s a creature of habit who follows the same routine, to the most minute detail, before every kick, but an extended break before the 26-yard attempt forced him to adapt.

“To be honest, I don’t get too nervous,” he said. “But we had to hold off. We were in a TV timeout, and I remember turning to the ref, and I was like, ‘What is going on?’ I ended up having to re-do my steps three times. That’s probably the longest ice I’ve ever had, before that kick.”

It didn’t matter. As usual, Tracy was money, and, as usual, his contributions Tuesday were vital. His four field goals provided 12 points in a game LSU won by just eight. Asked if future Tiger kickers could learn anything from Tracy, head coach Ed Orgeron was blunt.

“Just kick the ball like Cole did,” he laughed. “He’s got some special intangibles about himself. He’s a winner. He’s going to be a good NFL kicker for a long time.”

The win and the record left Tracy with an ear-to-ear grin, but one detail left him a little bummed. As a graduate transfer, his time at LSU is limited to just a year, meaning his historic career is finished sooner than anyone – especially him – would like.

“I feel like I’ve just now been embedded in this family,” Tracy said. “I’m sad and jealous of the guys who get to be here longer. The LSU family has opened their arms and brought me right in. I’m a Tiger for life.”