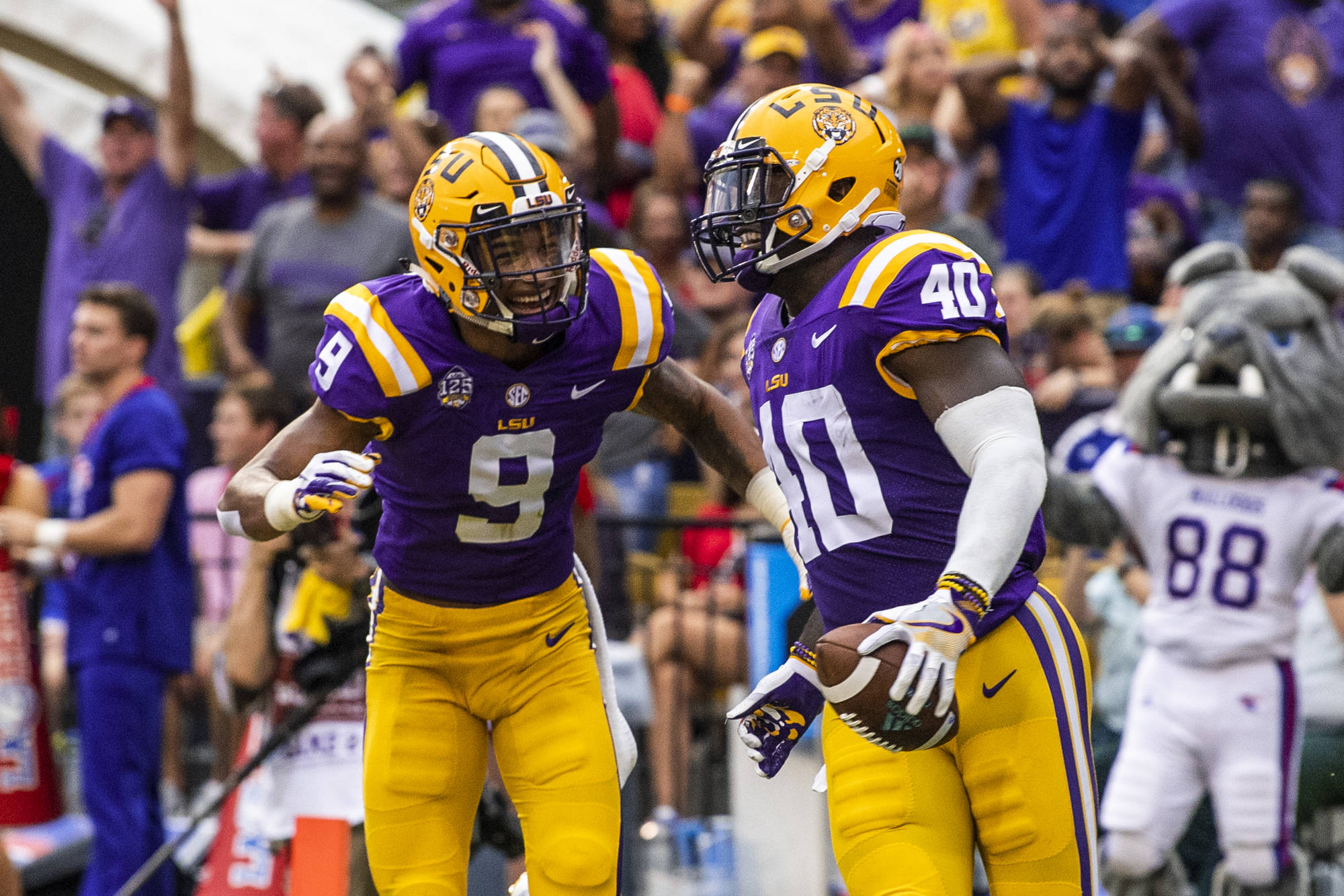 Delpit finished the 2018 regular season with 73 tackles, including 9.5 for losses and 5.0 sacks for the 11th0-ranked Tigers. He also led the SEC in interceptions with five.

White, who was named the winner of the Butkus Award as the top linebacker in college football, has landed first team All-America honors from the AP, Walter Camp Foundation and Sports Illustrated.

White finished the 2018 season ranked second in the Southeastern Conference in tackles with 115 and he’s 10th in the league in tackles for loss with 12.0.

Tracy, LSU’s graduate transfer kicker, led the SEC in field goals with 25 and in field goal percentage at 86.2 percent. He also finished second in the SEC in scoring with 113 total points.

Tracy, who was a finalist for the Lou Groza Award as the nation’s top kicker, earned his fourth second team All-America distinction from the Sporting News. His other second team honors came from the AP, Sports Illustrated and Walter Camp.

Williams, who was one of three finalists for the Thorpe Award as the nation’s top defensive back, earned first team All-America honors from the Walter Camp Foundation, while being a second team selection by the AP and Sports Illustrated.