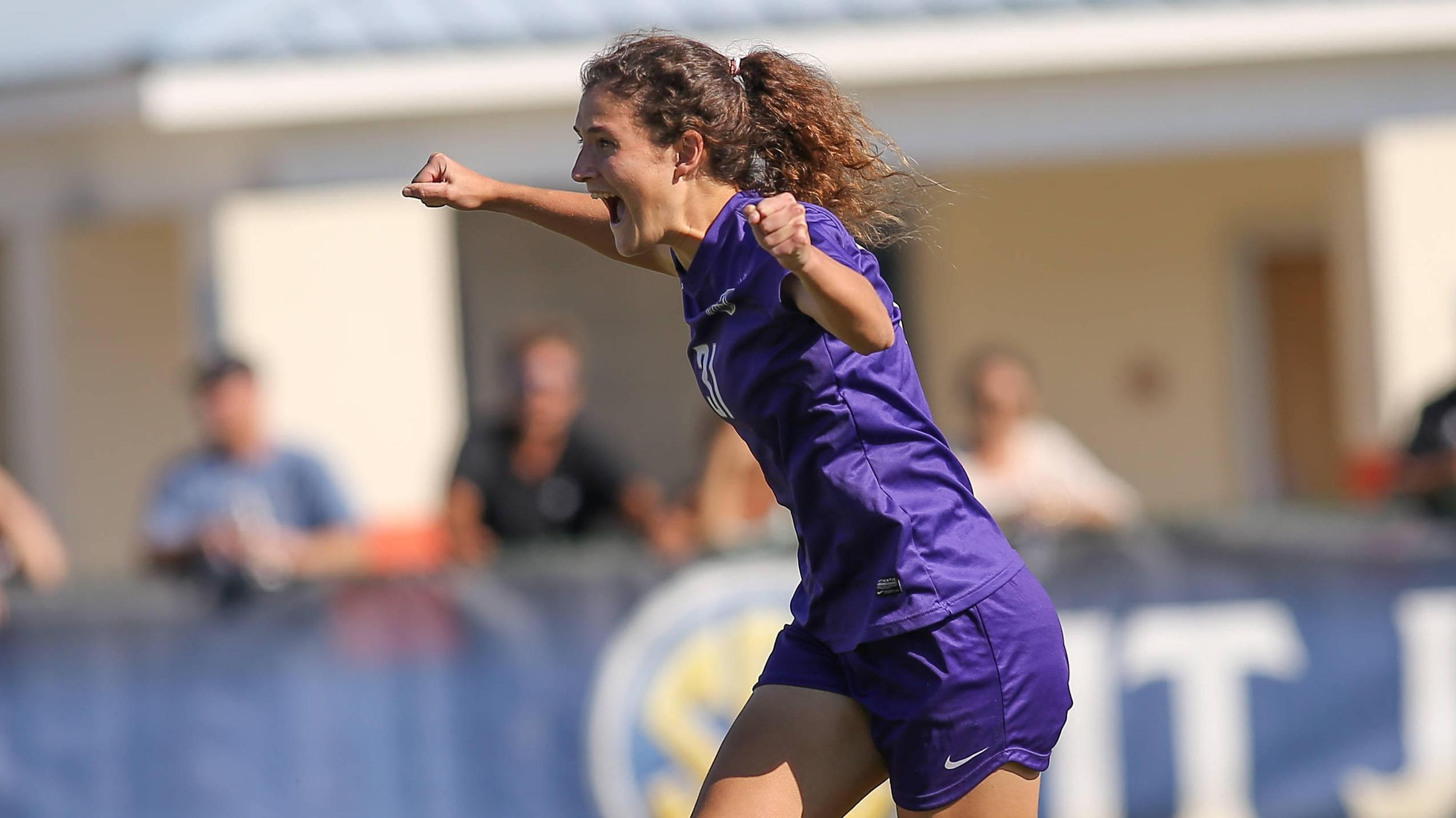 Orange Beach, Ala. – Caroline Brockmeier stopped two shots and Meghan Johnson knocked in the winner in LSU’s nine-round penalty kick shootout that saw the LSU soccer team end up with a 7-6 advantage over the No. 12 and second seeded Tennessee Vols to advance to Thursday’s semifinal round of the SEC Tournament.

Big save by @cbrockme and then Meghan Johnson sends us to the semis!

The No. 7-seeded Tigers (12-6-2) will play the No. 6 seed, South Carolina, on Thursday night at 6 p.m. CT on the SEC Network. This will be LSU’s sixth appearance all-time in the semifinal round of the SEC Tournament and second in the last four years (2015).

The match went to penalty kicks after 110 minutes of play saw the two teams deadlocked. LSU played its best soccer of the season throughout a large portion of the game. The first 45 minutes saw LSU on the attacking end with an advantage in shots on goal (4-3) and they carried that momentum into the second half.

In 52nd minute of play, the trio of Adrienne Richardson, Marlena Cutura and Shannon Cooke combined to get LSU on the board first. Cutura was played into the right side of Tennessee’s territory by Tinaya Alexander. Cutura played a quick touch to Adrienne Richardson who slowed it down a bit and assessed the situation. After getting a read on Tennessee’s defensive positioning, she dished it back out to the right side to a streaking Cutura who hit a one-touch cross that found Cooke on the left side of the box. Cooke fired in a rocket to the far side of the net for the first goal of her career.

It was the first career goal for Cooke while wearing the Purple and Gold!#GeauxTigers pic.twitter.com/4fapeVESyC

The Vols evened it up in the 87th minute when Bunny Shaw, the SEC Offensive Player of the Year, rattled one in from 12 yards out with a left-footed shot that hit the post before the back of the net. Less than two minutes later, Brockmeier found the Vols knocking on her doorstep once again trying to put the match away. Shaw forced a turnover and sent Tennessee’s Danielle Marcano towards the top of the 18. Freshman Abbey Newton did a great job of pushing back from her normal midfield position to pressure Marcano. After a few touches, Marcano ripped one from eight yards out but Brockmeier closed down the angle and made a sliding save to keep the score equal. Brockmeier made eight saves in the match.

This save by @cbrockme in the 89th minute pushed us into overtime!@SECNetwork now.

Thomas had the first attempt of the first overtime for the Tigers. Her shot was blocked out of bounds and LSU’s ensuing corner was pulled down by, Shae Yanez, the Tennessee keeper. The Vols responded by taking the final five shots of the first overtime period, forcing Brockmeier to make two saves. LSU’s only attempt of the second overtime came off the foot of Richardson. The sophomore attacker used a solid run to the middle of the field before firing from 18 yards out and her shot went low and left by a narrow margin.

LSU survived an aggressive style of play from the Vols over the last 25 minutes of play and made it to penalties. LSU went with a lineup of Alex Thomas, Richardson, Cutura, Newton and Lucy Parker for the first five rounds of the penalties. Thomas, Richardson, Newton and Parker all made their attempts, and Parker’s was a must make with LSU down 4-3 in the fifth round. The sixth round saw Brockmeier save Yanez’s, the Tennessee keeper, attempt to give LSU a chance to advance. Chrissy Pitre‘s shot from the spot was well struck and well placed, but Yanez dove to her left and pushed it away to redeem herself and keep the shootout going. Tinaya Alexander and Shannon Cooke both put their shots from the mark in the same spot to keep LSU in the mix of it through eight rounds. The ninth round saw Brockmeier stone Brice McInroy’s attempt and Meghan Johnson finished it off. Having played in only five matches this season, Johnson stepped up with an immense amount of poise and nailed the shot in the upper left portion of the net to advance LSU.

“I thought for the first 87 minutes, that’s as good as we’ve played all year. We’re peaking at the right time. To give up the equalizer late was a blow to the gut, but even better was to come back with that kind of character, that kind of resiliency, that kind of toughness when that happens to you.” – Head Coach Brian Lee

“I trust myself. I read their body language and then I trust my gut and intuition. I try to clear the post as much as I can.” – Caroline Brockmeier on her two penalty kick saves

“It was unreal. It was a moment that everybody lives for. I haven’t had that experience with this team yet, but we checked that off today. Especially Meghan Johnson stepping up and burying it in the back of the net. She did her job. I did my job. Everyone else did theirs as well.” – Caroline Brockmeier on advancing to the SEC semifinals

“Brian (Lee) always tells us that we each have a spot and job to contribute to this team. My job today was to finish my goal and I’m glad I was able to fulfill my role and help play a part in us advancing to the semifinals.” – Meghan Johnson on her penalty attempt