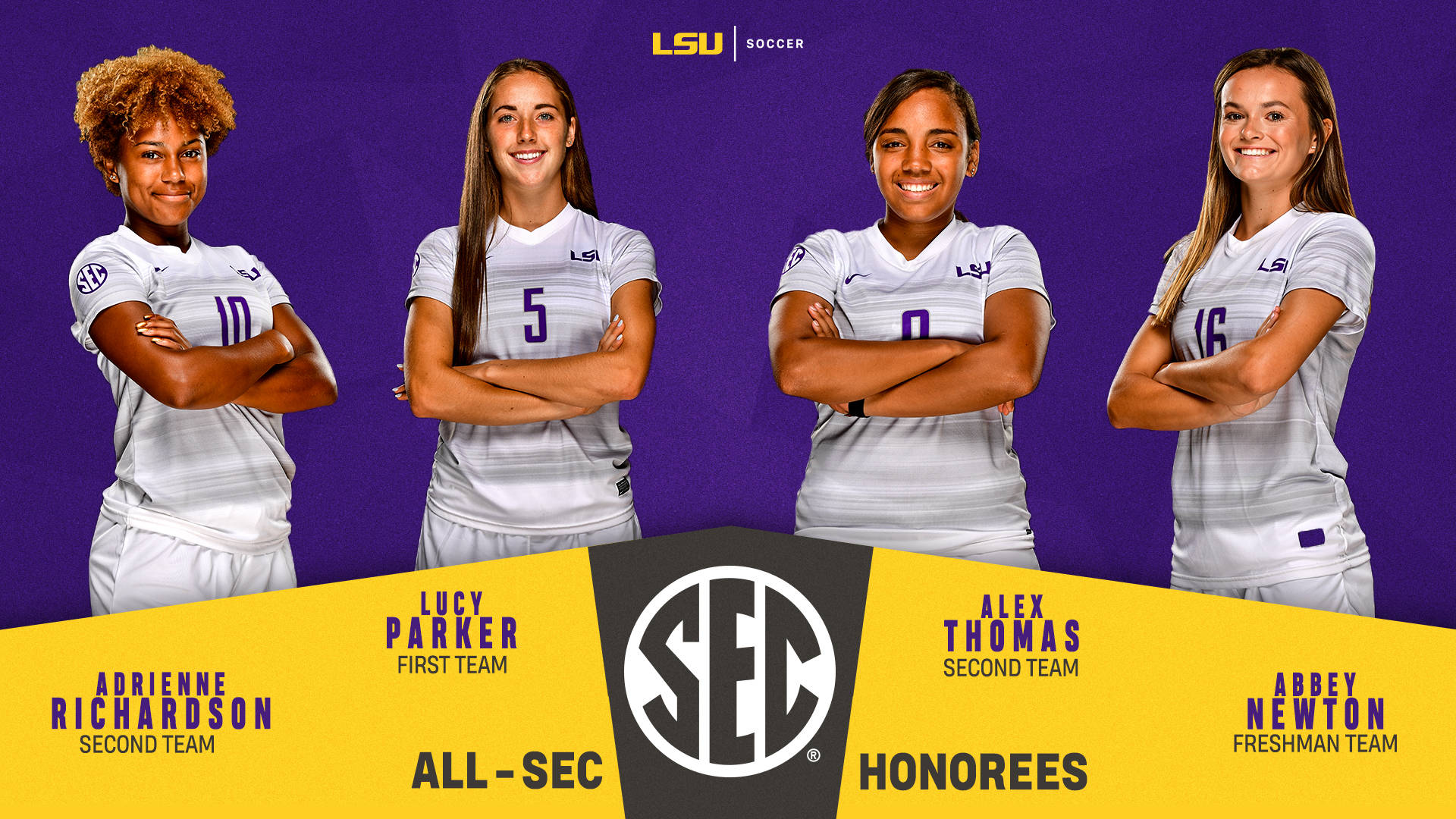 Parker’s play on the backline in 2018 has been superb to say the least. The most vocal member of the backline, Parker has played a major role in LSU’s defense allowing only 1.01 goals per game this season while regularly making sure the backline is in the right place at the right time. Her communication and heady play has helped LSU register eight shutouts this season. She also mixes it up on the offensive end every now and then having scored three goals during her sophomore campaign. The two biggest goals of her career came on Oct. 21 against then-No. 8 South Carolina when she scored in the 89th minute to even things up and then she scored the game winner in the second overtime period with less than five minutes left to play in the match. Parker became the first Tiger to earn first-team honors since Jorian Baucom and Summer Clarke did so in 2015.

The duo of Thomas and Richardson garnered second-team honors. For Thomas, it is her first All-SEC recognition since she was named to the freshman team in 2015. Thomas, much like Parker, has contributed heavily to LSU’s backline success in 2018. She began the year up front as an attacker, but as LSU shut opponents out for 558-plus consecutive minutes from late August to mid-September, Thomas was a key cog on the backline that aided in that streak, the second longest in school history. As of late, Thomas has been pulling a bit of double duty playing a mix of defender and attacker. She is currently riding a seven-match point streak in which she has totaled 10 points (3 goals and 4 assists) to lead LSU in SEC play. Her .40 assists per game in SEC play ranks as the third-highest percentage in the league this season. Thomas was named to the second team as a defender.

Richardson has come to Baton Rouge and provided an immediate spark plug to LSU’s offensive attack. A sophomore transfer from Florida State, she has a team-leading seven goals and 15 points for the Purple and Gold this season. She likes to score in twos as six of her seven goals have been recorded in three games. She registered multi-goal games against Texas State, Lamar, and Alabama to become the first LSU player since Baucom in 2016 to have at least three multi-goal games in a single season. Her most recent goal came against Mississippi State on Thursday evening with a 26-yard upper 90 rocket that proved to be her third game winner of the season.

Newton becomes the first conference all-freshman honoree for LSU since Thomas achieved the feat in 2015. Newton has made a splash during her first season in Baton Rouge with four goals and two assists to rank third on the team with 10 points. The first goal of her career came on Aug. 23 against Liberty in LSU’s first win of the season when she knocked home the game winner in the 61st minute. Her other three goals this season have been headed in off corner kicks serviced in by Marlena Cutura. The Tigers own a record of 6-0-0 when Newton factors into a goal this season.

Seventh-seeded LSU begins its journey at the SEC Tournament in just under an hour with a game against 10th-seeded Missouri at 1 p.m. CT on the SEC Network. The selectees to the All-SEC teams were chosen based on votes by head coaches in the league.