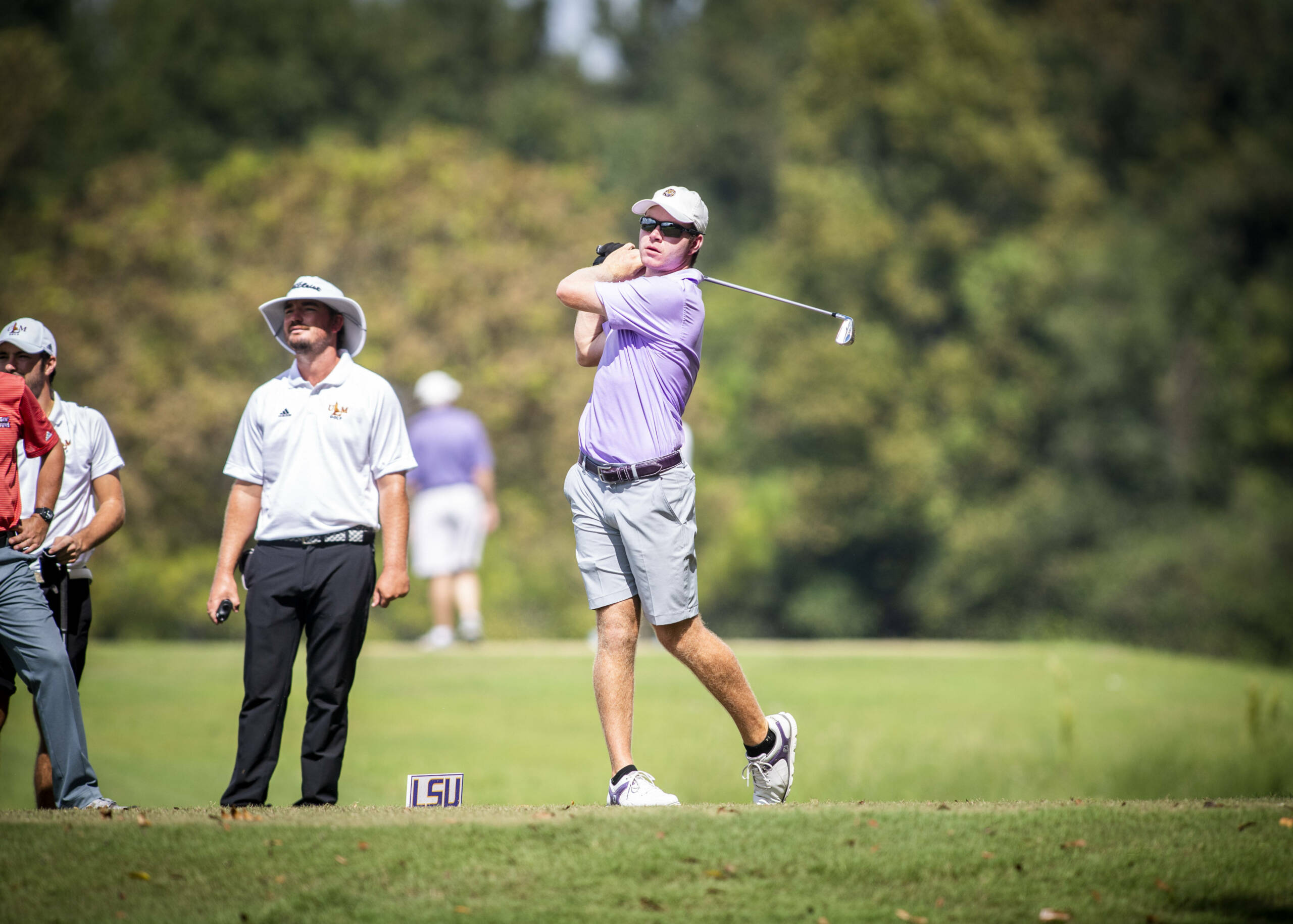 Baton Rouge, La. – Round two of the 2018 David Toms Intercollegiate was suspended on Saturday evening at 6:24 p.m. CT due to weather. After one full round and a portion of the second round being completed at University Club, the LSU men’s golf team owns a three-stroke lead over UL-Lafayette.

Play from round two is scheduled to begin on Sunday morning at 8 a.m. After the completion of the second round, the teams will roll straight into the third round immediately after to decide who will win the team title. The most up to date results can be found at the link above (day one results).

The Tigers fired the lowest tally of the first round with a 6-under par 282, one stroke ahead of UL-Lafayette. Trey Winstead registered the best round of his sophomore season with a 4-under par 68 that included eight birdies during the first 18 holes. The Baton Rouge native owns the outright lead currently at 7-under par, and he owns the tournament lead with 12 birdies to go along with the best par-4 scoring average (3.54 avg.) in the tournament.

Two shots off his pace is freshman Chris Woollam. A native of Hilton, KZN, South Africa, Woollam sits alone in second place at 5-under par as he is halfway through his second round. Woollam fired a first-round score of 4-under par 68 that featured four birdies and 14 pars. Woollam is playing as a member of LSU’s B squad this weekend.

Philip Barbaree (-2/70) and Nathan Jeansonne (-1/71) joined Winstead in going under par during round one. Barbaree goes into Sunday tied for third place at 4-under par while Jeansonne will start Sunday in a tie for 23rd place.

Luis Gagne was the final scorer for the A squad during round one with a 1-over par 73. He’ll enter Sunday in a tie for 20th and he is one of only four people in the tournament to have an eagle. Speaking of eagles, Carter Toms was the other Tiger to register an eagle on Saturday; the junior eagled the par 5 sixth hole during the first round.

Garrett Barber, also a member of LSU’s B team, finds himself in solid positioning heading into Sunday. He fired a 2-under par 70 during the first round and is currently tied for eighth place at 1-under par. Full results from LSU golfers are listed below.

The most up-to-date information about the tournament can be found all weekend on Twitter @LSUmensgolf.