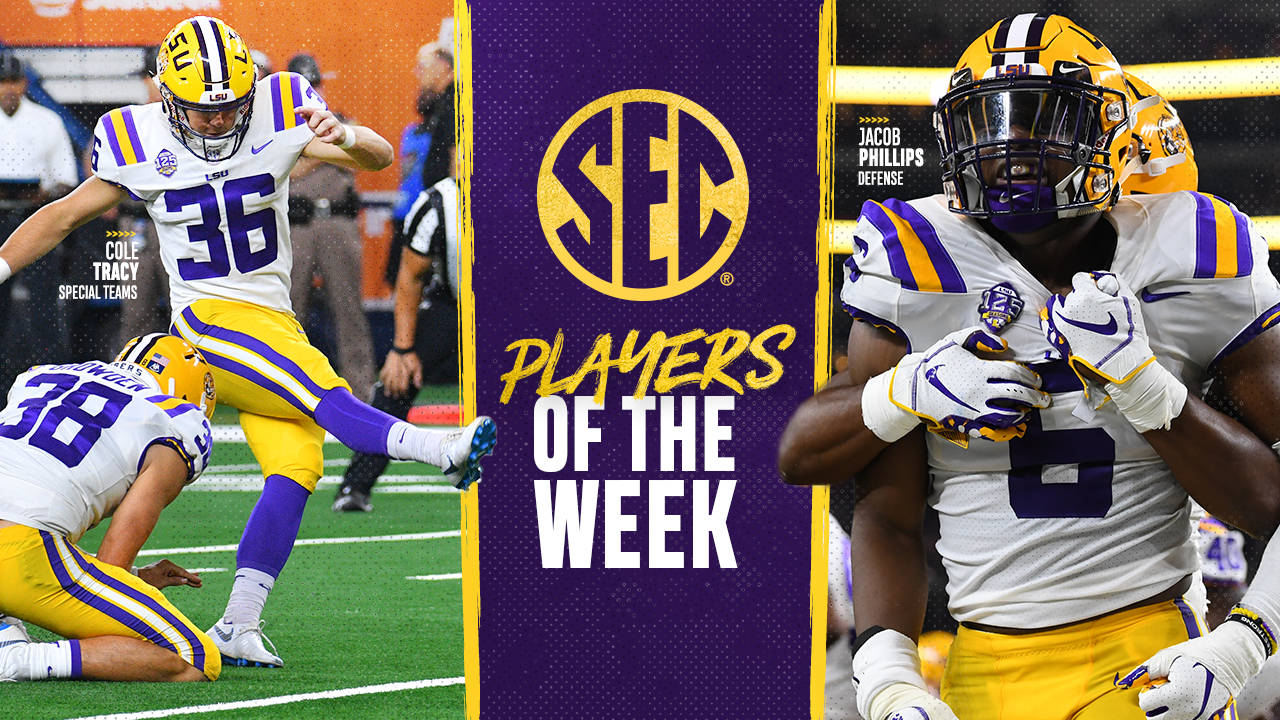 BATON ROUGE – A pair of first-time LSU starters made a big impact for the Tigers in the season-opening win over No. 8 Miami last night and as a result, kicker Cole Tracy and linebacker Jacob Phillips have picked up Southeastern Conference Player of the Week honors, the league office announced on Monday.

Tracy, a graduate transfer playing in his first game as a Tiger, earned SEC Special Teams Player of the Week Honors after going 4-for-4 on field goal attempts in his LSU debut. Among Tracy’s field goals included a school-record tying 54-yarder in the third quarter that extended the Tiger lead to 33-3.

For the game, Tracy made field goals of 54, 43, 21 and 21 yards as well as three point-after conversions on his way to scoring 15 points, the fourth-highest single-game point total for a kicker in school history.

Phillips, a sophomore linebacker, earned SEC Defensive Player of the Week honors after recording seven tackles, an interception and a quarterback hurry. Phillips returned his first career interception 45 yards for a TD in the second quarter to put the Tigers up 27-3

In his first career start, Phillips helped pace a Tiger defensive unit that held the Hurricanes to 83 rushing yards and only 342 total yards. LSU also forced a pair of Miami turnovers and held the Hurricanes without a third-down conversion until midway through the third quarter.

LSU returns to action on Saturday, September 8 when the Tigers open the 2018 home slate against Southeastern Louisiana. Kickoff is set for 6 p.m. on ESPN2. Tickets for the game can be purchased at www.LSUtix.net.