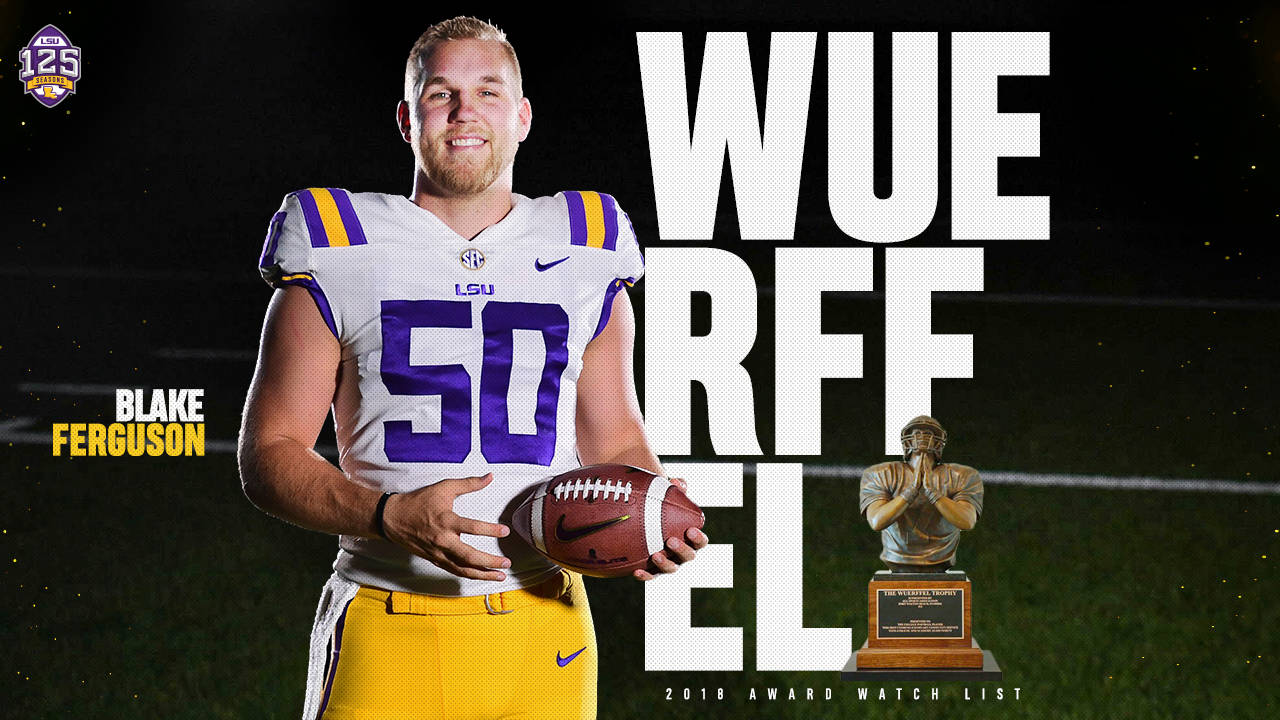 The Wuerffel Trophy is the only major college football award that places the majority of its voting emphasis on community service with 50 percent or more of the committee’s decision when voting. The committee also weighs both academic and athletic accomplishment. LSU’s Rudy Niswanger, a kinesiology major with a 4.0 GPA, won the inaugural award in 2005.

Ferguson is a 2018 LSU graduate in marketing, a three-time Southeastern Conference Academic Honor Roll member and the Chair of the SEC Football Leadership Council. A two-year starter for the Tigers as long snapper, Ferguson has handled the snap for every field goal, point-after touchdown attempt and punt in all 15 games.

After being diagnosed with Type 1 Diabetes seven years ago, Ferguson has made it a priority to advocate for the American Diabetes Association (ADA) and their research initiatives, as well as diabetes prevention across the nation.

He traveled to Washington D.C. with his brother Reid, a four-year starter at long snapper for the Tigers and now a member of the Buffalo Bills, to represent Team Tackle. Ferguson shared his story as a Type 1 Diabetic with members of Congress in the ADA’s annual Call to Congress.

The Buford, Georgia, native has also traveled to the Louisiana Capitol to meet with lawmakers. He’s also spent time with children in Baton Rouge to raise awareness for diabetes and teach valuable skills to reduce the risk and live a full and healthy life.