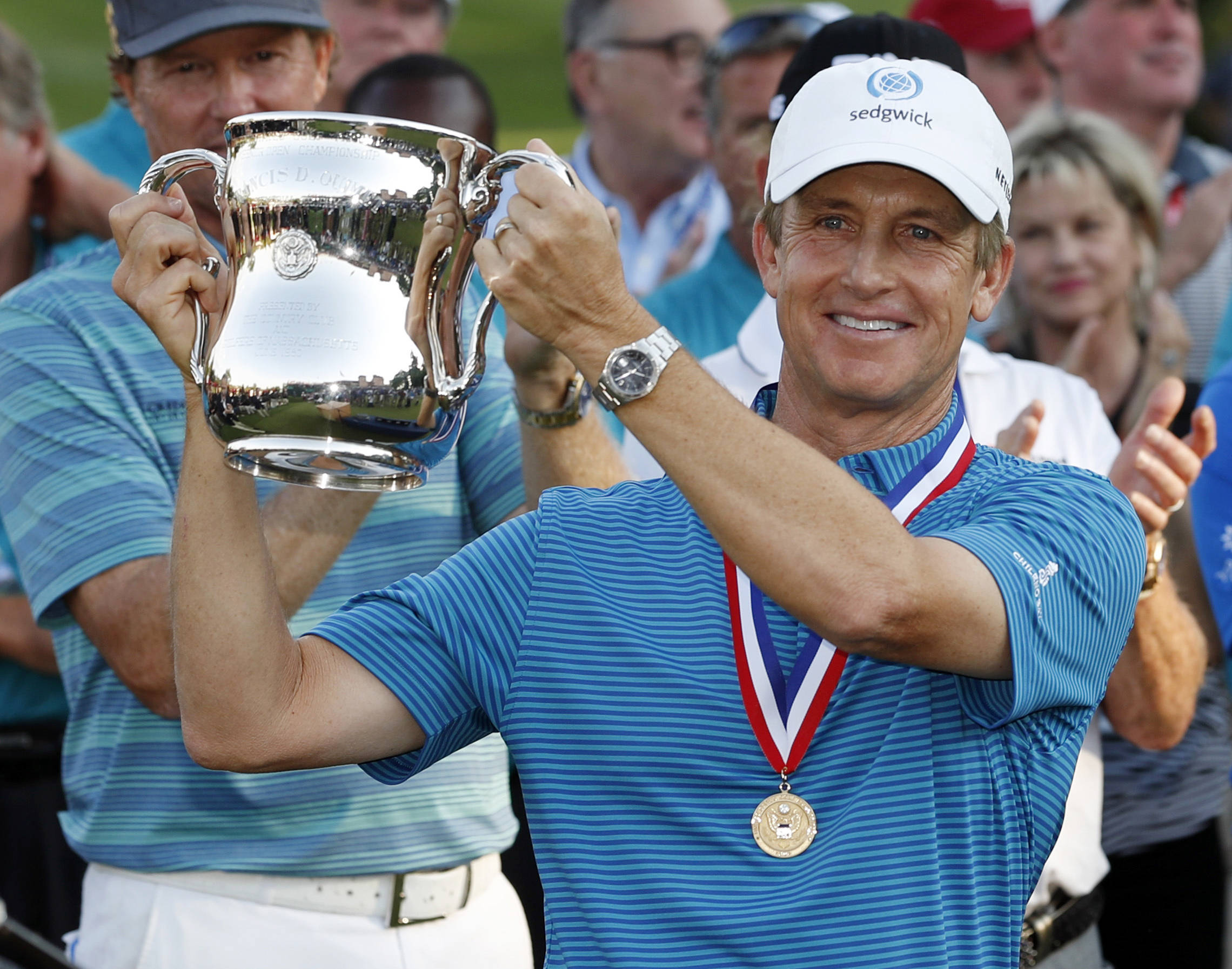 Colorado Springs, Colo.  – David Toms was crowned the champion of the 2018 U.S. Senior Open on Sunday afternoon at the Broadmoor Golf Club. He tallied a four-round total of 3-under par 277 (70-71-66-70) to register his first-career win on the PGA Champions Tour.

Entering Sunday one shot off the pace of Jerry Kelly, Toms duked it out with Kelly on the final 18 and prevailed by shooting even par, while Kelly carded a 2-over par 72. It wasn’t only a duel with Kelly as the leaderboard was filled with as many as seven contenders as play narrowed down to the final four holes.

Here’s another look at @DavidTomsGolf‘s Sunday at @TheBroadmoor, which earned him the @Lexus Performance of the Day, and the 2018 #USSeniorOpen title! pic.twitter.com/YP9FpZ2t2H

Toms got the final round started by going out in an even par 36 strokes that featured one birdie, eight pars and one bogey. He began the back nine with three straight pars before he bogeyed the par 4 13th. Entering the 16th hole one stroke behind a surging Paul Goydos, Toms rolled in a 16 foot birdie putt that was nowhere besides the center of the cup. Pairing Toms’ birdie with a bogey by Goydos on the 17th and Toms found himself in sole possession of the lead heading to No. 17.

After a wayward shot that found the bunker on the par 4 17th, Toms had to lay up and rely on his ever so clutch wedge game that was a tad bit off on the 18th. About 100 yards out playing his third, Toms punched a wedge to 19 feet for a crucial par putt, and it was nothing but the bottom of the cup for Toms to retain sole possession of the lead.

Entering the 18th, Toms nailed one down the fairway and found a green in regulation. With Kelly unable to birdie the 18th, Toms had a two-putt chance at par for the title. He narrowly missed the birdie putt and then cleaned up par with a solid four-foot par for the win.

Only in his second year on the PGA Champions Tour, it’s the first win for Toms on the 50-year-old plus tour. It marks his first professional with since he won the last of his 13 PGA Tour titles in 2011 at the Colonial. Toms’ first two days of play were particularly intriguing due to the fact that his son, Carter, was serving on the bag as his caddy. You can read about the first two day of the tourney via Carter’s perspective at lsusports.net.