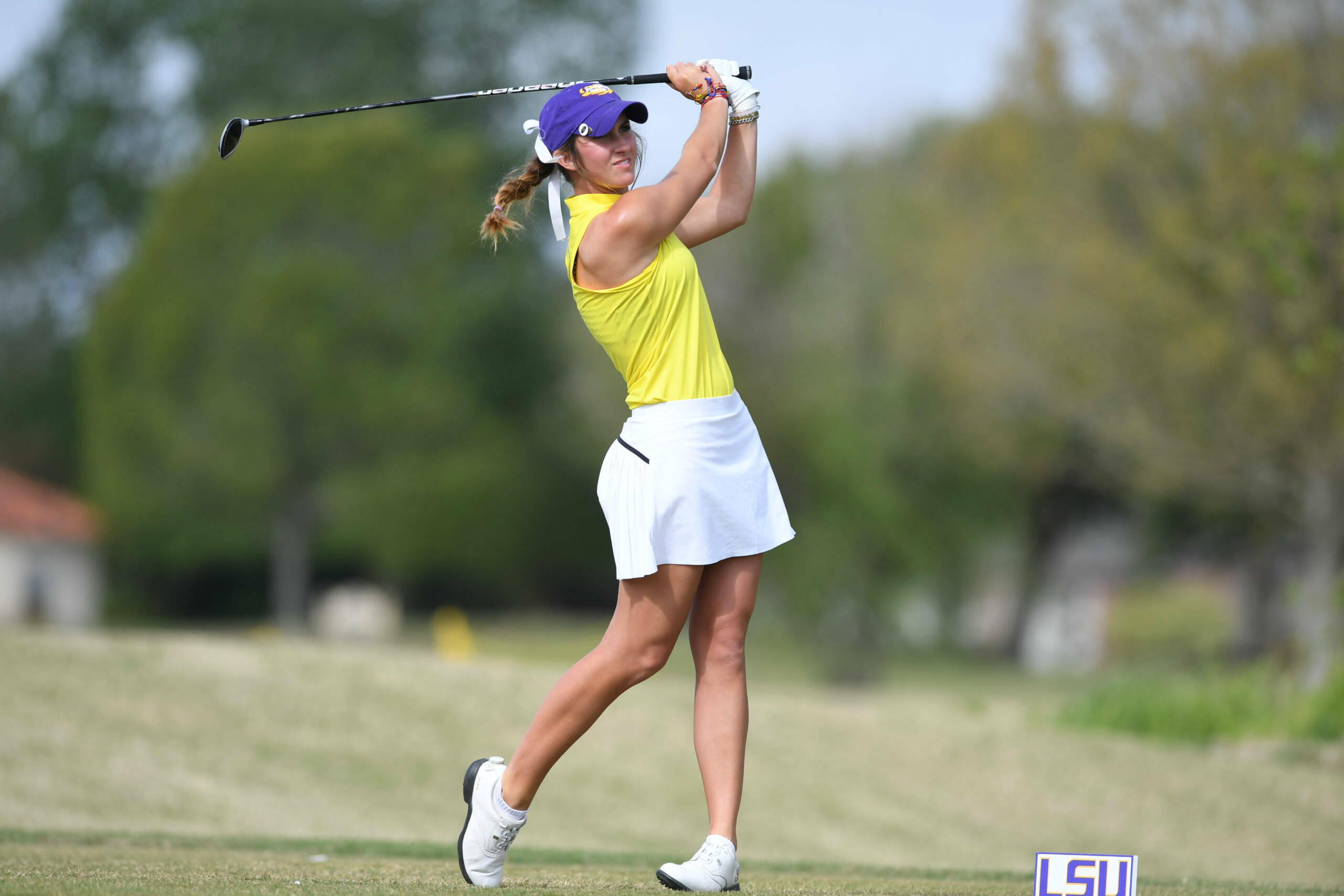 Baton Rouge – Senior Claudia De Antonio fired an even par 72 in treacherous wind conditions in the second round of the 2018 LSU Tiger Golf Classic at University Club today. The Lady Tigers sit in second place at 37-over par and a two-day total of 613.

De Antonio currently sits two shots off of the lead in second place as an individual with a two-day total of +2 146. She has played the par 5’s in 2-under par, which is tied for second best in the tournament. Houston’s, Megan Thothong remains in the lead at even par for the tournament 144.

“Obviously the scores are a little high, but that’s a testament to the difficulty with the winds. We are right in there. We started off really slow this morning, but fortunately the team kept fighting back and made a bunch of birdies on the backside. (Sunday), we are going to try and post a good number. It’s hard to say with the tough conditions, so we’re just going to try and post five solids rounds.”

“I’m really proud of Claudia (De Antonio). She’s two-shots back and she started the day off with a double bogey. She battled back, made a couple of birdies and fought all day. She shot 2-under on the back. The back with that wind is playing extremely hard. So for her to shoot 2-under on the backside is amazing. Even par today was a heck of a score, because I think par today was 75 or 76.”

Junior Kathleen Gallagher finished the day at +6, 78 giving her a two-day total of 153. She currently is tied for 10th place. Mary Frances Chauvin and Sydney Cavin are tied for 24th at 13-over par for the tournament. Kendall Griffin has a two-day total of 20-over par. Aoife O’Donovan and Marina Hedlund are the leading individuals for the Lady Tigers at +16 and +17 totals.

The tournament’s last round will be at 8:30 a.m. CT on Sunday with a shotgun start. LSU will tee off of holes one, two, and three with Houston and Virginia. Live scoring is available at GolfStat.com.