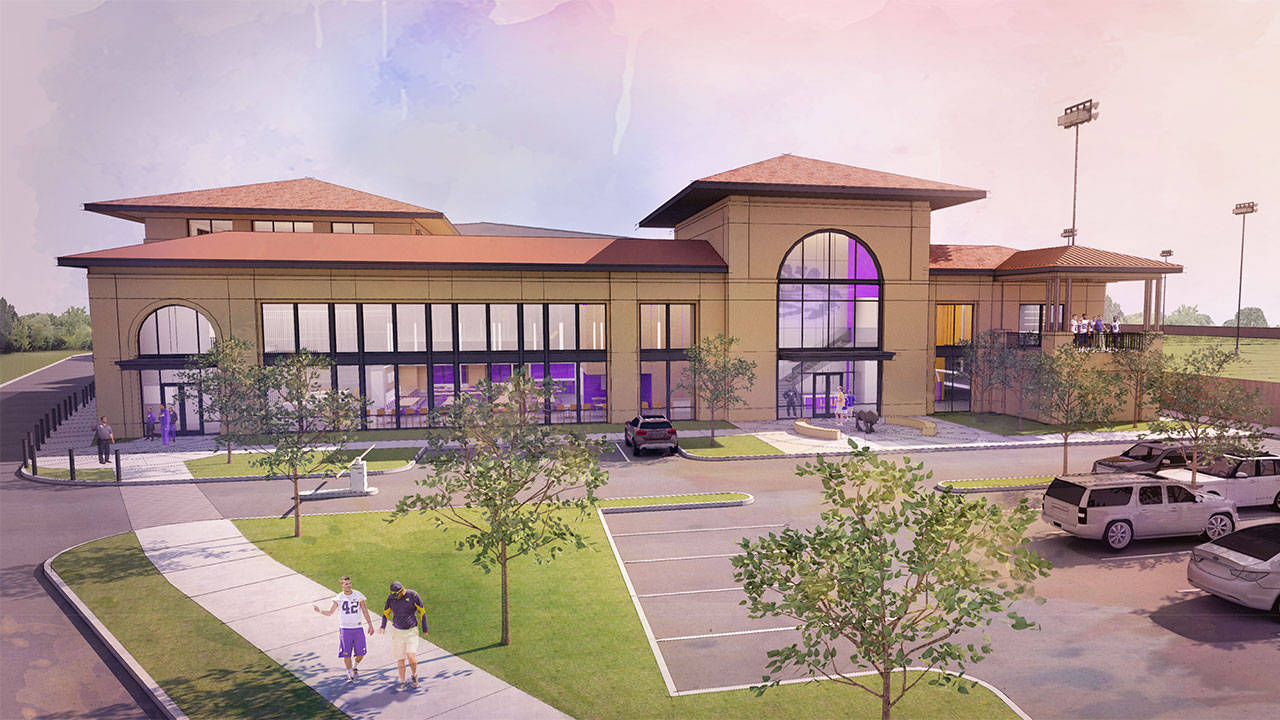 BATON ROUGE – LSU released the first set of renderings of renovations to the school’s football operations building on Thursday.

The LSU Football Operations Building, originally opened in 2005, will undergo a major renovation that will include drastic updates to nearly every area of the facility along with the addition of nearly 25,000 square feet.

Once completed, the LSU Football Operations Building will be the finest of its kind in college athletics. It will be a total athlete, strength, health, nutrition, recovery and recreation facility.

Some of the updates to the facility include:

The renovation, which will also include upgraded technology and finishes throughout the building, is 100 percent funded by money raised by the Tiger Athletic Foundation.

The LSU football team and coaching staff will vacate the football operations facility during the summer and will be housed on the third floor of Tiger Stadium in the new South Stadium addition of the venue until the project is complete.

LSU will still have use of the indoor facility and the recently updated and renovated weight room during the construction phase of the project, which is expected to be complete in time for the 2019 season.

Additional renderings of the facility will be released in the coming in months.