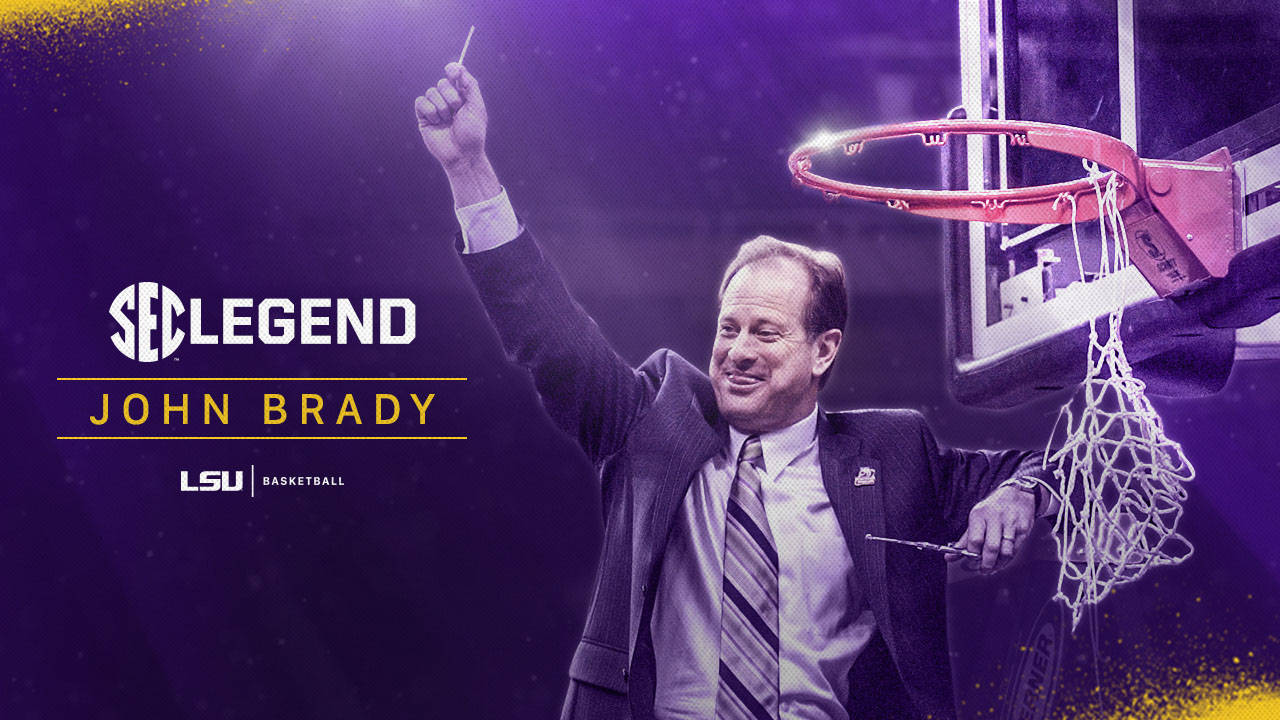 The tournament is set for March 7-11 at the Scottrade Center in St. Louis.

Brady, who currently serves as the color analyst on the LSU Sports Radio Network, was the head coach for 11 seasons at LSU (1997-2008) and took the team to the 2006 NCAA Final Four. He joins Dale Brown and Harry Rabenhorst as the only LSU Coaches to take teams to the Final Four.

Brady’s teams would win two SEC titles, three division crowns and at one point had six-consecutive winning seasons, the fourth longest streak of consecutive years with a positive overall record in the program’s history.

In 2000, the Tigers advanced to the Sweet 16 as part of a 28-win season, then the second most wins in school history. In 2005, LSU captured the Western Division title and came back the next year for a special season Tiger fans will always remember.

LSU won 14-of-16 conference games in 2006 to win the SEC title. The Tigers had success in the NCAA Tournament, defeating No. 1 Duke and No. 9 Texas to win the regional title with a lineup comprised mainly of homegrown athletes from the city and the state of Louisiana.

The win over Duke marked the second time that Brady’s Tigers defeated a standing No. 1 team as the Tigers also defeated No. 1 Arizona, 66-65 in December 2002, only the second time No. 1 had gone down in the building.

Brady ended his time at LSU as the third winningest (192) and the third-longest tenured coach in Tiger history (11 seasons). He had coached five previous seasons at Samford as head coach and after LSU coached for eight years at Arkansas State before retiring from coaching following the 2016 season with 402 career wins.

This marks the 20th year of the SEC Basketball Legends program. This year’s Legends Class: