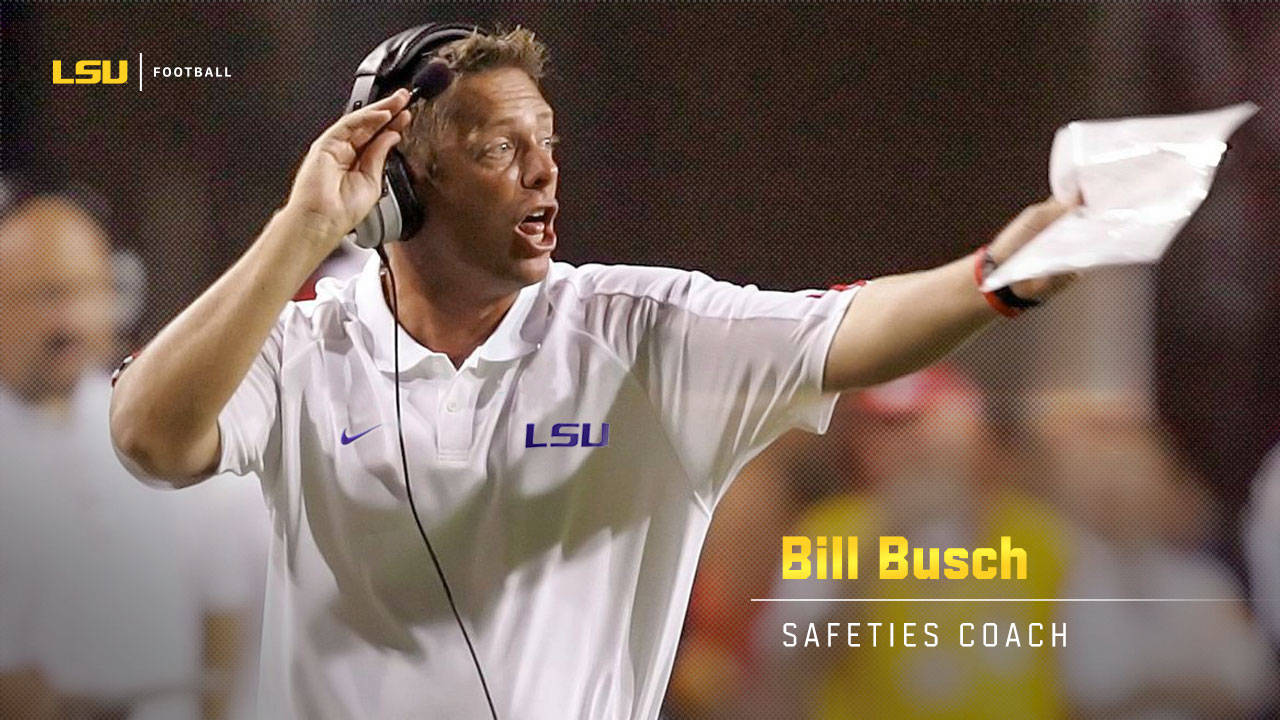 Prior to his time at Rutgers, Busch served on the Ohio State defensive staff for three seasons. Busch also worked with LSU associate head coach/defensive coordinator Dave Aranda at Wisconsin where he coached safeties for two seasons and was also promoted to associate head coach.

“Bill is a consummate pro, who can scheme, coach technique and recruit. We are looking forward to getting him down here.” Aranda said. “On top of all of that, he is a great guy.”

Busch, a native of Pender, Nebraska, spent two different periods coaching at the University of Nebraska from 1990-93 and 2004-07. Between his stints in Lincoln with the Cornhuskers, Busch coached the secondary at Utah for three seasons, spending one season under Urban Meyer. He also coached defensive backs at New Mexico State for four years.

“It’s a huge honor and opportunity to coach at a place like LSU and in the Southeastern Conference,” Busch said. “Coach O is building something really special. It’s equally exciting to reunite with coach Aranda and work with coach Corey Raymond. I can’t wait to be a part of DBU.”

Busch was a wide receiver at Nebraska Wesleyan from 1985-87 where he earned his bachelor’s degree in education. He also holds a master’s degree from Nebraska-Kearney.