Chark, Williams and LaCouture to Play in Senior Bowl 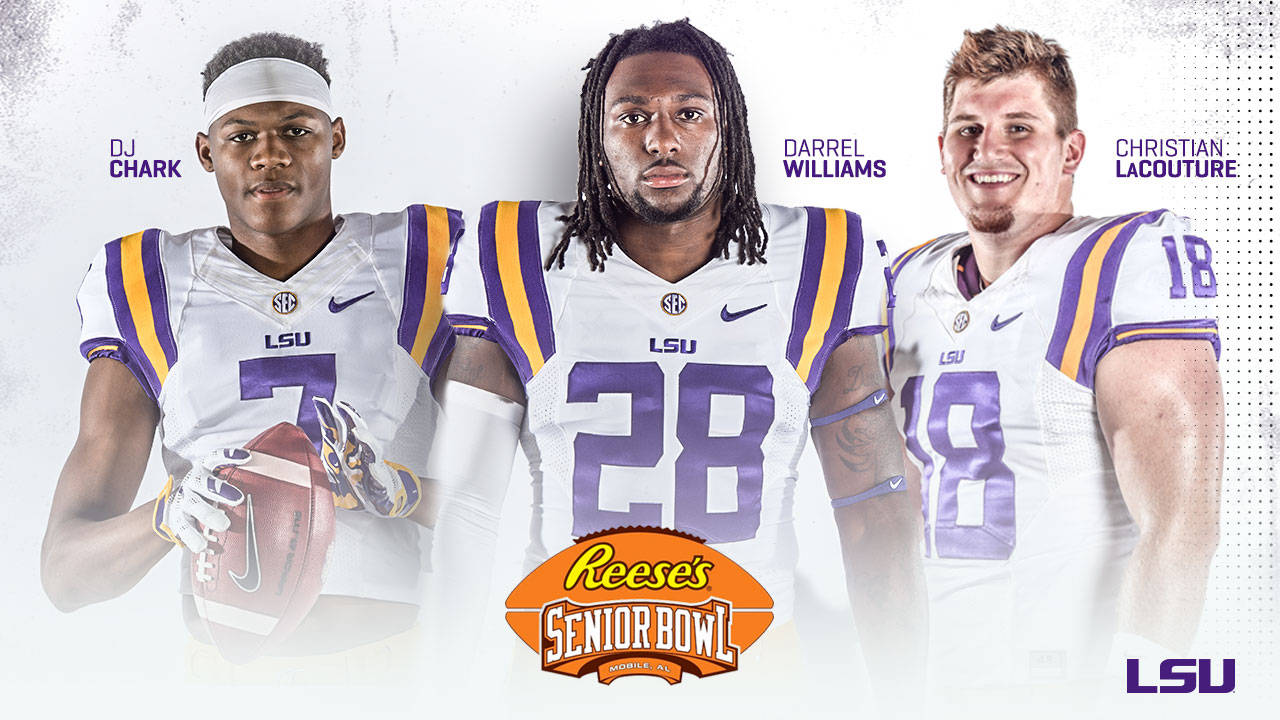 BATON ROUGE – DJ Chark will have some familiar company next week in Mobile, Alabama, as two former LSU teammates – Darrel Williams and Christian LaCouture – have been added to the Senior Bowl Roster, the organization announced on Tuesday.

Senior Bowl activities begin early next week when players report to Mobile. Practices will be held on Tuesday through Thursday with the game set for a 1:30 p.m. CT kickoff on Saturday, January 27 from Ladd-Peebles Stadium. The game will be televised by the NFL Network.

Chark received his invite to the most prestigious of the all-star games back in December. An All-SEC selection, Chark finished among the league leaders in 2017 with 874 receiving yards on 40 receptions. He also scored three receiving TDs and returned a pair of punts for touchdowns.

Chark is the only player in school history to have rushing and receiving of 75 yards or longer. Chark scored on a 79-yard TD run against Texas Tech in the 2015 Texas Bowl and he added an 80-yard receiving touchdown against Southern Miss in 2016.

Williams, who was named LSU’s Most Valuable Player for the 2017 season, rushed for 820 yards and nine TDs as a senior. He also finished third on the team in receptions with 23 for 331 yards. Williams wrapped up his LSU career with 1,651 rushing yards and 462 receiving yards. He scored 19 TDs in his career.

LaCouture, a defensive end from Lincoln, Nebraska, wrapped up his LSU career with 152 tackles, 16.5 tackles for loss and 10.5 sacks in 50 games. LaCouture graduated in August of 2016 and is a two-time member of the SEC Academic Honor Roll. Following his senior season, LaCouture was named a permanent defensive team captain for the Tigers.