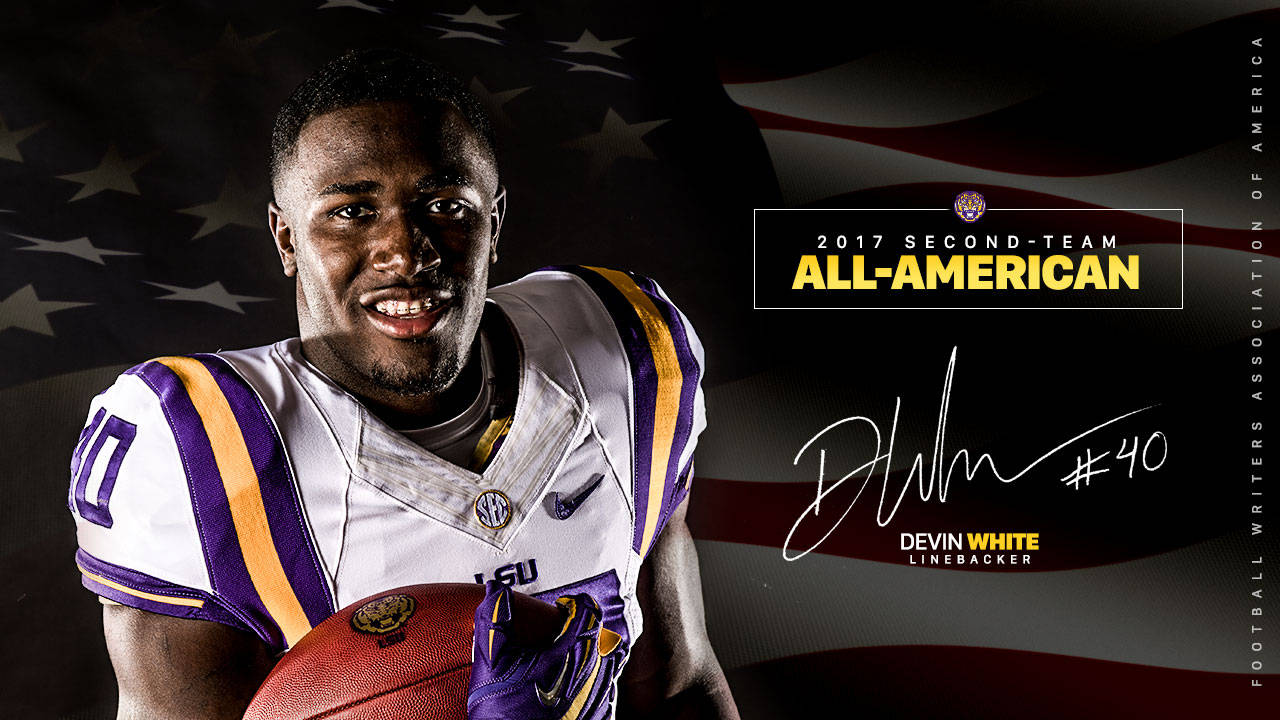 White’s performance in 2017 was instrumental in 17th-ranked LSU winning seven of its last eight games to finish the regular season with a 9-3 overall mark, which includes a 6-2 Southeastern Conference record.

The second team FWAA All-America honor continues what has been an award-filled season for the sophomore from Springhill, Louisiana. Last week, White was named first team All-SEC by the league’s coaches. He also earned SEC Defensive Player of the Week honors a league-record four times in 2017.

White led the SEC in tackles in 2017, recording 127 in 12 games. The 127 tackles rank as the sixth-highest single-season total in school history. White finished fourth in the league in tackles for loss with 12.5.

White and the Tigers close out the 2017 season against 14th-ranked Notre Dame in the Citrus Bowl on January 1 in Orlando.