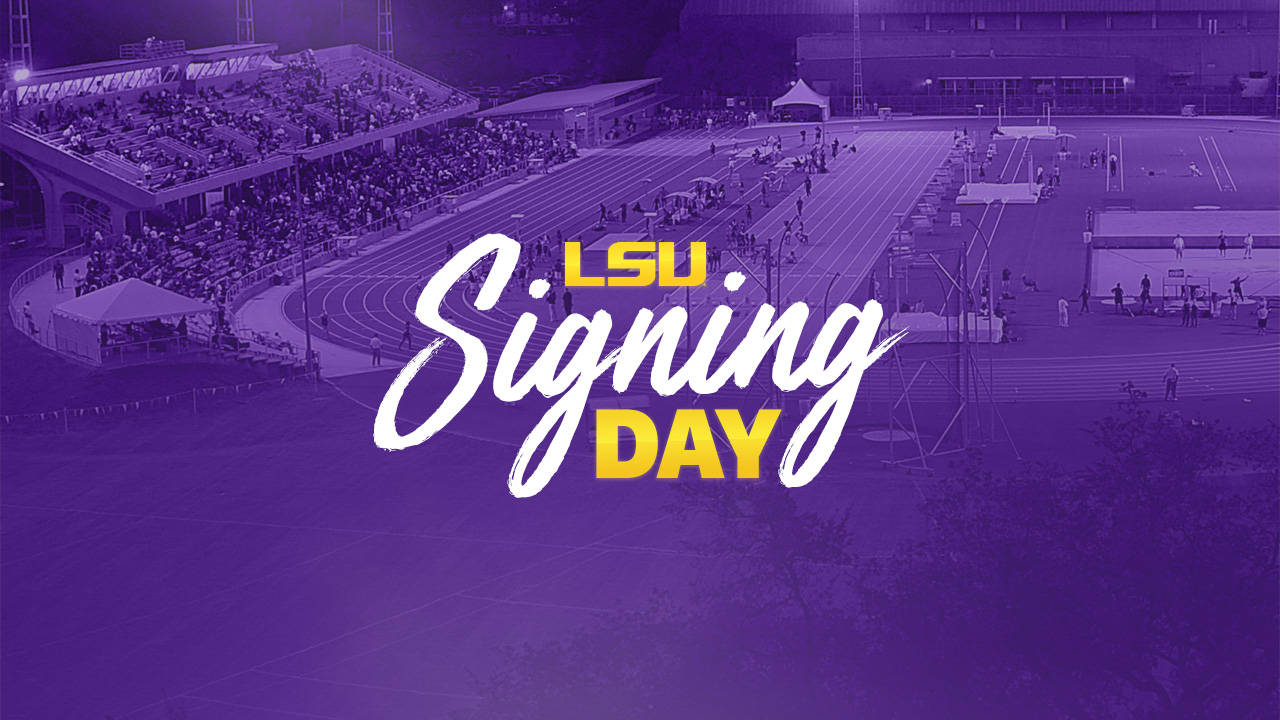 BATON ROUGE – LSU Track & Field head coach Dennis Shaver and his staff are off to a flying start in the 2018 recruiting cycle with the signing of seven elite recruits to National Letters of Intent while strengthening the teams in the sprints, relays, distance and pole vault events during the November signing period.

The Lady Tigers have signed one of the nation’s top classes this recruiting cycle with the addition of sprinters Sha’Carri Richardson (Dallas, Texas), Ariyonna Augustine (Paramount, Calif.) and Kiya Oviosun (Greensboro, N.C.) along with distance runner Angelle Primeaux (Lafayette, La.).

“We’re very proud to welcome this class of recruits into our program that represents the very best in our sport in this country and around the world for this recruiting cycle,” Shaver said. “We expect this group to make an immediate impact on our program as we compete for those SEC and NCAA championships that LSU Track & Field is known for.”

Mondo Duplantis is a name already familiar to pole vault afficienados for more than a decade as the Lafayette High School product has set age-group world records in the event throughout his youth.

That development led to a breakout junior season in 2017 when Duplantis cemented himself as one of the world’s best pole vaulters with his performance while setting World Junior records during both the indoor and outdoor seasons. He signs with the Tigers with an indoor best of 19 feet, 1 inch and outdoor best of 19-4 ¼ both set a year ago.

Duplantis made waves early in the 2017 indoor season when he set LSU’s Carl Maddox Field House record of 18-9 ¼ as a 17-year-old in a qualifier for the Louisiana High School Athletics Association Division I Indoor State Championships. He later won his third-straight LHSAA Division I Indoor crown with a jump of 18-8 ¼.

After nearly reaching the 19-foot mark with a winning 18-10 ¼ at the Millrose Games, Duplantis returned to The Armory Track & Field Center in New York the following week and cleared a World Junior Indoor Record of 19-1 to win the pole vault title at the 2017 New Balance Indoor Nationals. He made it two World Junior Records in as many appearances in his outdoor season opener at the Texas Relays where he cleared the bar for his third attempt at 19-4 ¼ to establish himself as one of the world’s best in the event.

While later winning the European Junior title for Sweden and becoming the youngest pole vault finalist to ever compete at the IAAF World Championships with his appearance in London, Duplantis ended the season at No. 4 overall in the World rankings for 2017 and ranked No. 38 on the all-time World list with his seasonal best and personal best of 19-4 ¼ in the event.

Duplantis’ status as the top recruit in high school track and field going into the 2018 season was established while being named the 2017 Gatorade National Boys Track & Field Athlete of the Year.

Check out these billboards in Lafayette & Baton Rouge over the next week as we welcome #Mondeaux to #LSU! #LSUBound pic.twitter.com/kxyoRVOnEg

After graduating from Central High School in Carrollton, Georgia, as a state champion in the 100-meter and 200-meter dashes, Terry enjoyed an impressive debut season at Hinds Community College a season ago as he was crowned the National Junior College Athletic Association in the 400 meters as the top quartermiler in the junior college ranks.

Despite the 2017 NJCAA Outdoor Championships being held in cold and rainy conditions at Hutchinson (Kan.) Community College, Terry capped his freshman season as the national champion with a winning 45.83 in the final after qualifying in 45.81. He also anchored Hinds to a sweep of 4×100-meter and 4×400-meter relay titles to finish as a three-time champion in his first NJCAA Outdoor Championships.

Terry is already comfortable racing on his future home track as he clocked his personal-best time of 45.62 in the 400 meters at last year’s LSU Alumni Gold meet held at the Bernie Moore Track Stadium. He also owns an indoor PR of 45.87 set in winning the NJCAA Indoor silver medal in the event.

Tyler Terry speaking with the media after signing with LSU! pic.twitter.com/orjtQLcaxz

The Lady Tigers will welcome arguably the nation’s top class of sprinters to campus next fall when Richardson, Augustine and Oviosun arrive in Baton Rouge to begin their preparation for the 2019 season.

Richardson is the nation’s No. 1-ranked high school sprinter in the Class of 2018 with personal bests of 11.28 in the 100 meters and 23.28 in the 200 meters set during her junior season at Carter High School in Dallas. She is also the No. 2 overall recruit in this year’s signing class regardless of event group according to MileSplit.

A three-time University Interscholastic League Class 4A State Champion in Texas during her prep career, Richardson defended her Class 4A crown in the 100-meter dash a year ago when she clocked her wind-legal best of 11.28 (+2.0) in the state final for the top time by a high school sprinter in the United States during the 2017 season. She also won the 200-meter title with a time of 23.48 at last year’s Class 4A state meet.

Richardson followed by winning the bronze medal in the 200 meters at the 2017 USA Track & Field Junior Championships in Sacramento, California, where she posted her PR of 23.28 (-0.8) in the national final.

I️ will be taking my talent to …… pic.twitter.com/ziXWhUIIHS

While Richardson has made her ark as the top sprinter in Texas during her high school career, Augustine was the sprint queen in California during her junior season in 2017 while securing 100-meter and 200-meter titles at the California Interscholastic Federation State Championships last spring. That’s where she set her personal record of 11.57 (+1.6) in the 100-meter prelims before taking the state crown with a winning 11.58 (+1.1) in the final, while also running a career-best wind-aided time of 23.41 to win the 200 meters.

Augustine, FloTrack’s No. 9-ranked sprint recruit in the Class of 2018 to sign a National Letter of Intent at the NCAA Division I level, ended the 2017 season ranked No. 3 nationally in the 200 meters and No. 11 nationally in the 100 meters among members of the 2018 class.

Oviosun will also look to make her mark in Baton Rouge in 2019 as she signs with the Lady Tigers as the nation’s No. 5-ranked high school 400-meter runner in the class with a personal best of 53.53 to her credit.

A product of Guilford Southeast Senior High School in Greensboro, Oviosun captured the North Carolina High School Athletic Association Class 4A state title with her personal-best time in the state final to secure a spot as one of the nation’s top sprint recruits in the Class of 2018. She also owns the title of 2017 New Balance Outdoor Nationals Silver Medalist in the 200 meters with a PR of 23.80 in the event.

And with that, SE Guilford senior Kiya Oviosun is headed to @lsu to continue her track and field career! Congrats!🎉 hear from her tonight on @WFMY #MakingUsProud pic.twitter.com/QXQTaVskgV

LSU’s teams have also bolstered their distance squads with two of Louisiana’s top prospects in this year’s signing classes as Primeaux signs with the women’s team as a two-time LHSAA Division I indoor state champion and Courrege’ joins the Tigers as a two-time medalist at the LHSAA Class 5A State Cross Country Championships.

Correge’ was crowned the LHSAA Class 5A Cross Country Silver Medalist as a senior at Brother Martin High School in 2017 after bagging the bronze medal at the state championship as a junior in 2016.