LSU, Miami to Meet on Sunday Night in 2018 Opener 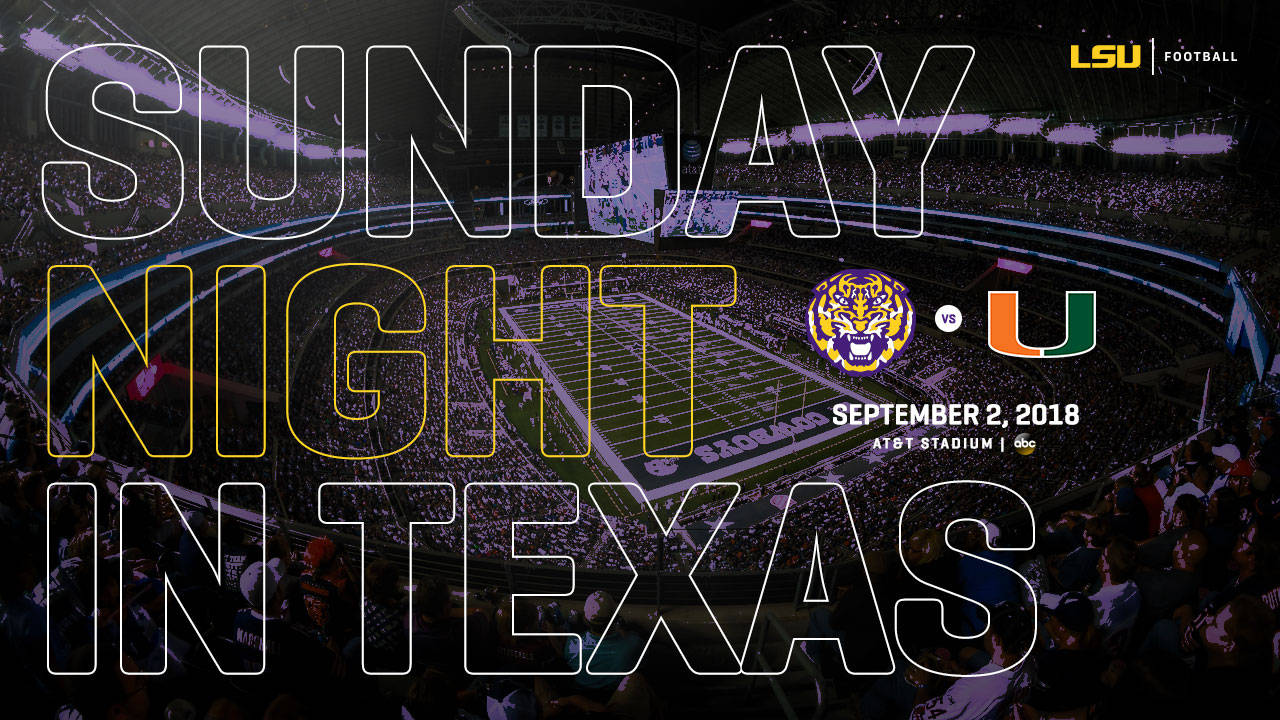 The game, which will be played in AT&T Stadium in Arlington, Texas, will mark the third-consecutive year ABC has aired a prime-time game on the Sunday of Labor Day weekend.

The 2018 opener for the Hurricanes and Tigers will mark the first regular season meeting between the two schools since 1988 and just the third overall meeting since 1969. The Tigers beat Miami in the 2005 Chick-fil-A Peach Bowl, the last meeting between the ACC and SEC schools. Overall, the schools have played 12 times, dating back to 1946, and the Tigers own a 9-3 advantage in those matchups.

The LSU-Miami contest will be the Tigers’ second regular-season game on a Sunday since at least 1908. The only other time LSU played a regular-season Sunday game in the 110-year period was 2002, when Virginia Tech posted a 26-8 win over the Tigers in the season opener in Blacksburg, Va.