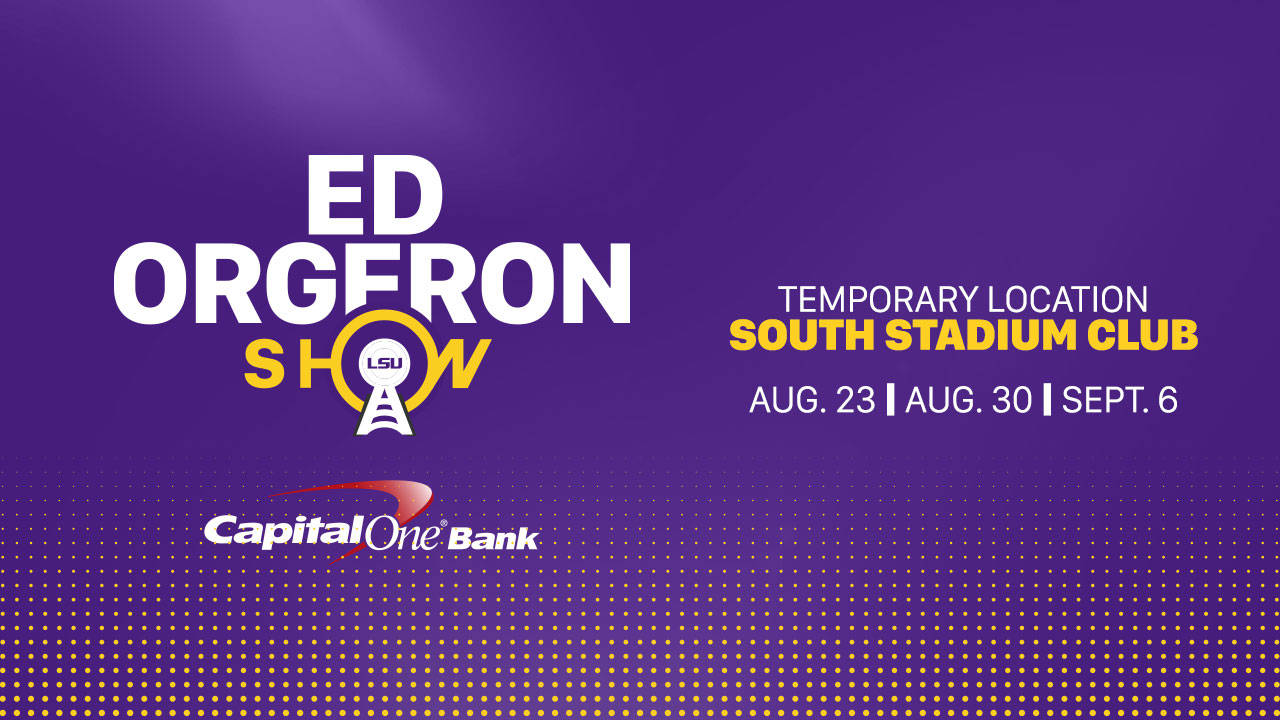 BATON ROUGE – Due to construction currently taking place at TJ Ribs on South Acadian Thruway, the first three editions of The Ed Orgeron Radio Show will be held in the South Stadium Club at Tiger Stadium.

The 2017 edition of The Ed Orgeron Show presented by Capital One Bank will debut on Wednesday, Aug. 23. Shows 2 and 3 on Aug. 30 and Sept. 6 will also be held in the South Stadium Club. The show runs each week from 7 to 8 p.m. CT each Wednesday throughout football season.

The public is invited to attend the three shows being held at Tiger Stadium. Drakes Catering will be on site for the all three shows at the South Stadium Club and will provide a limited menu of food and beverages – including beer and wine – for purchase.

Those fans coming to campus for the Ed Orgeron Show are asked to park in Lot 401 near the Public Safety Building off of South Stadium Dr.

The Ed Orgeron Show is scheduled to return to its normal home at TJ Ribs on South Acadian Thruway on Wednesday, Sept. 13, following the renovation project.

The Ed Orgeron Show presented by Capital One Bank can be heard across the state of Louisiana on the LSU Sports Radio Network.

The show can be heard in the Baton Rouge area on Eagle 98.1 FM and fans around the world can listen free on the internet at www.LSUsports.net/live.

Cox Sports Television (CST) will televise The Ed Orgeron Show each week on a tape-delay basis for the third-straight year. The show will first air each Wednesday at 8 p.m. CT on CST.

The Ed Orgeron Show will run for 14 straight weeks during the fall, including the week of the Tigers’ open date. The final show of the regular season will be held on Wednesday, Nov. 22.

The show will be hosted each week by the Voice of the Tigers Chris Blair. Due to space limitations, admission will be capped at 250 people.

* Due to renovation of TJ Ribs’ Acadian location, this show will be held at the South Stadium Club in Tiger Stadium (free parking in Lot 401).