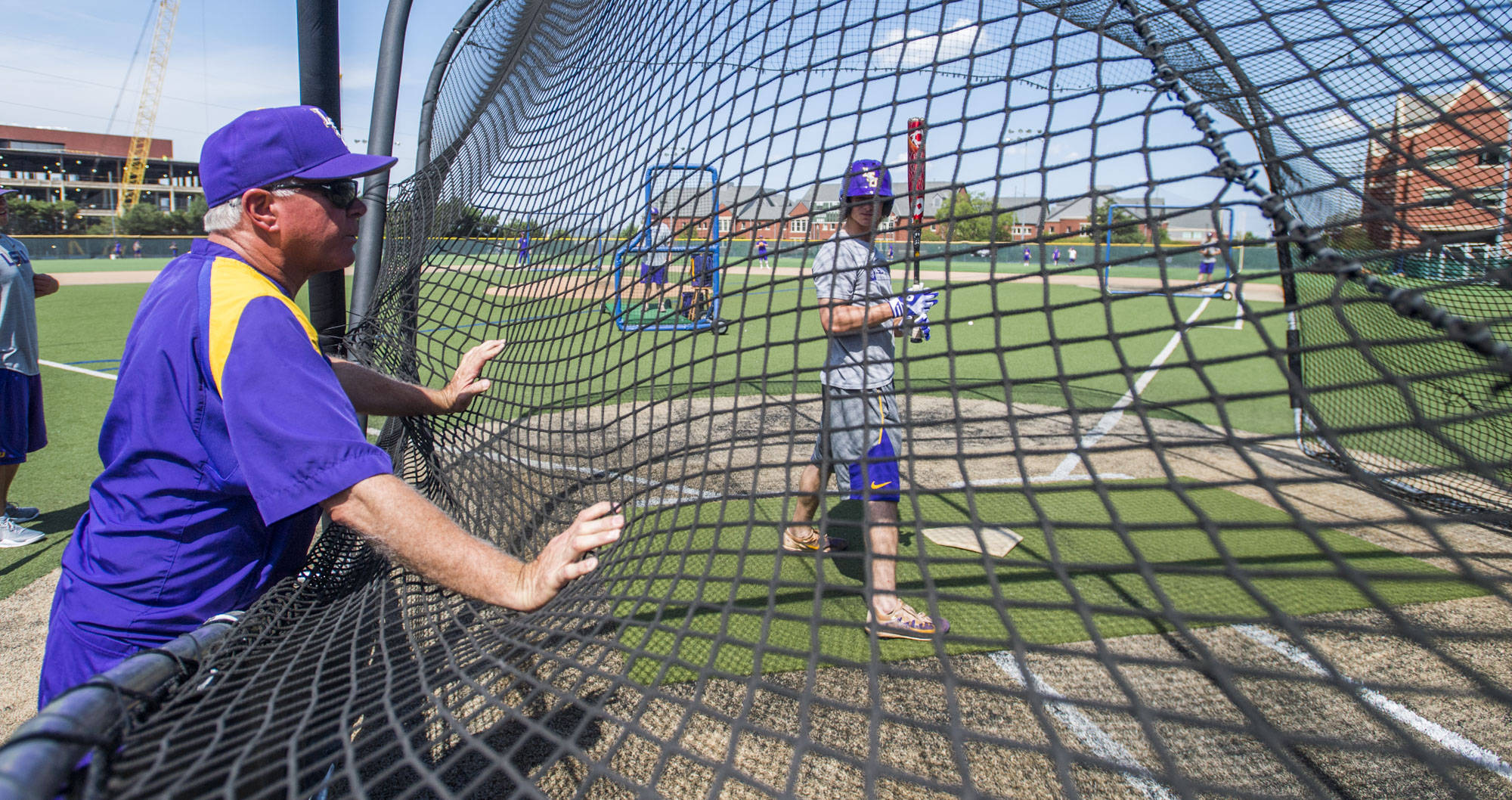 OMAHA, Neb. – The LSU baseball team arrived in Omaha Thursday afternoon, as the Tigers begin their quest for a seventh national championship at the College World Series. LSU is making its 18th appearance in the CWS since 1986, the most of any school in that span.

LSU’s flight arrived at Eppley Airfield in Omaha just before Noon on Thursday, and the team checked into its CWS headquarters, the Embassy Suites Old Market on 10th Street. The Tigers practiced for 90 minutes Thursday afternoon at Creighton University, where the team engaged in a spirited round of batting practice.

LSU (48-17), the No. 4 National Seed in the NCAA Tournament, plays its first CWS game at 7 p.m. CT Saturday versus Florida State (45-21) in TD Ameritrade Park. The LSU-FSU game will be televised by ESPN, and it can be heard on affiliates of the LSU Sports Radio Network.

“I want out players to just focus on one game at a time,” said LSU coach Paul Mainieri, who has directed the Tigers to Omaha five times in the past 10 seasons. “We’re not going to play for the national championship right now, our goal is to beat Florida State on Saturday. After Saturday is over, then we’ll focus on the next game.”

LSU enters Saturday’s game on a 16-game winning streak, and the Tigers have won 21 of their past 23 games.

“We’re just trying to soak it all in right now, because this is such an incredible event,” said senior shortstop Kramer Robertson. “We’re taking a businesslike approach, but at the same time we’re trying to cherish this because it’s something special that few players get to experience.”

“I love the confidence with which we’re playing right now,” Mainieri said. “We’re going to take this one step at a time, otherwise it seems too daunting of a task. If we get to a point where we’ve reached the finals, then we’ll talk about playing for a championship.”