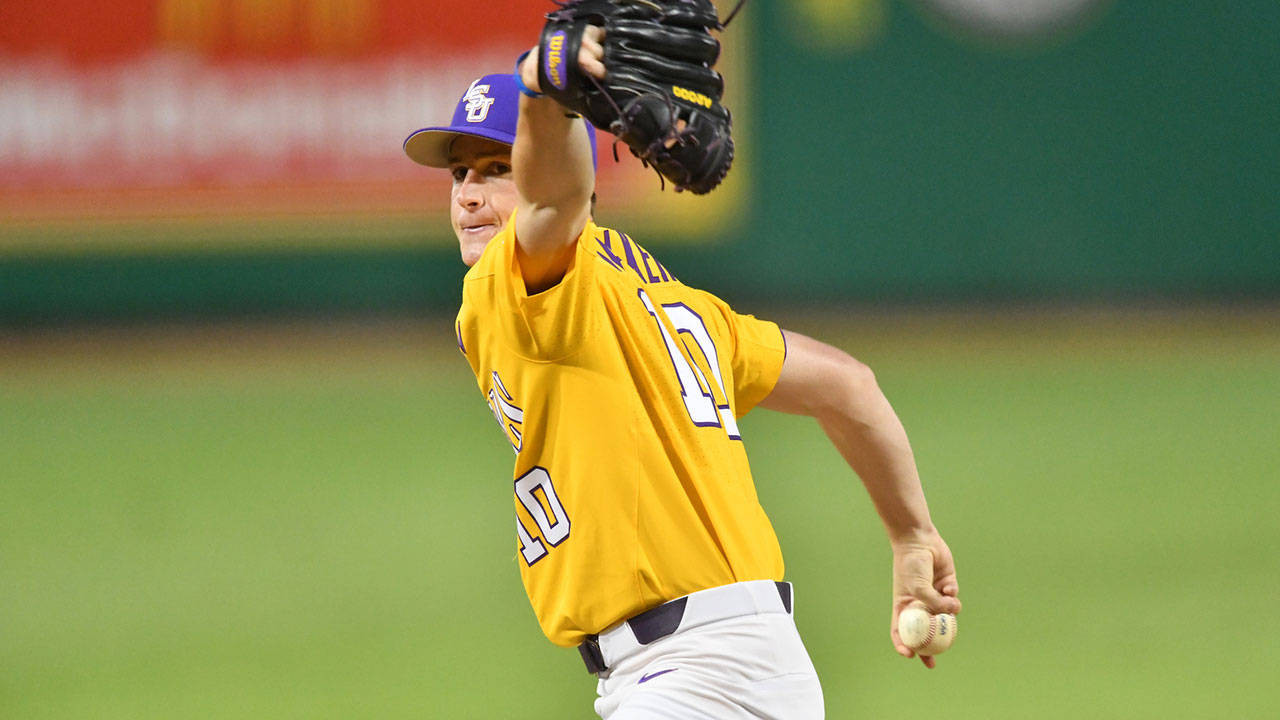 LSU (46-17), the SEC regular season and tournament champions, scored three runs in the top of the second inning and rode its freshman right-hander to victory.

Walker (8-1) allowed only six hits and struck out eight to advance the Tigers within two wins of the College World Series. Of his 98 pitches, 77 were strikes. He didn’t throw three balls to any of the Owls.

After the first two hitters reached on singles in the ninth, Zack Hess entered and quashed the rally with three strikeouts to secure the victory.

LSU, winners of 14-straight games, advanced to the NCAA Super Regional and will face either Southern Miss or Mississippi State in a best-of-three series starting Friday or Saturday at Alex Box Stadium.

A timeline for sales to the general public will be released following the announcement of the start of the three-game series (Tuesday).

LSU’s Josh Smith was the only Tiger with multiple hits, going 2-for-3 with two runs and an RBI. LSU collected only six hits on the evening, but did enough damage early to give Walker breathing room for most of the game.

LSU, the designated visiting team, opened a 3-0 lead against Rice starter Addison Moss (3-2) in the top of the second inning. It started when Greg Deichmann reached on an error, stole second and went to third on an errant throw by the catcher. Josh Smith sent Deichmann home on a double just inside the left field line, moved to second on single by Beau Jordan and came home on a safety squeeze by Michael Papierski that gave LSU a 2-0 lead. An RBI single to center field by Jake Slaughter scored Jordan from second and LSU led by three.

The Tigers added a run in the third when Kramer Robertson doubled to leadoff the inning, moved to third on a bunt single by Cole Freeman and scored on a sacrifice fly by Antoine Duplantis. The run chased Moss from the mound after 2 1/3 innings in favor of left-hander Evan Kravetz.

With a pair of walks, Kravetz departed with one out in the top of the fourth. Jackson Parthasarthy loaded the bases when he hit Slaughter with his third pitch, and Smith scored on an RBI groundout by Robertson that pushed LSU’s lead to 5-0.

Meanwhile, Walker was dealing. He scattered five hits over eight innings, with no more than one base runner in a single inning and only one reached third base.

Rice’s Parthasarthy also pitched well, retiring 13 in a row until Smith singled to right in the top of the ninth.

Rice (33-31) managed only seven hits and saw its season come to an end.

Opening Statement …
“Well, obviously the story of the game was this young guy (Eric Walker) sitting right next to me here. We’re not surprised anymore. He’s done it so many times for us. That’s the third time in three weeks that he’s pitched us to a championship. He basically put the team on his back and was the leader. He did have great defense behind him. That play that Kramer (Robertson) made to start the eighth inning was very key and of course Zack Hess (pitching) at the end of the game. I think we have a couple of dandy young freshmen there in Walker and Hess that are going to be really good for LSU baseball going forward as well. We didn’t hit the ball as well as we have been hitting it, but we played good defense I thought. We had a few timely hits, and with the way Eric was pitching, it turned out to be enough. We’re really proud to have won the Baton Rouge Regional. That’s our fourth championship this year and four of six possible championships. Now, we’re excited about moving on to the next step which will begin next weekend at the Super Regional. We’re three games down with two to get to Omaha. When you start the NCAA Tournament, it takes five (games). We’re three-fifths of the way there, and I think you’re going to see a team come out next weekend that’s going to play nice and loose, aggressive and confident. Hopefully, we’ll have some success next weekend and be able to go on to Omaha after that.”

Opening Statement …
“So obviously, LSU had great pitching and they had a great day on defense. I thought our guys competed well. A little tired, but we were behind the eight ball once we got in the losers’ bracket, but I’m really proud of our guys and their effort. We hung in there tonight. Another couple of hits and it could’ve been a close game, but they never quit fighting, as evidenced by that last inning. That guy (Zach Hess) came in, that was pretty good stuff. But anyway, we had a good year, and I hope LSU goes on to win the national championship, because they’re a fine club and they treat people right.”