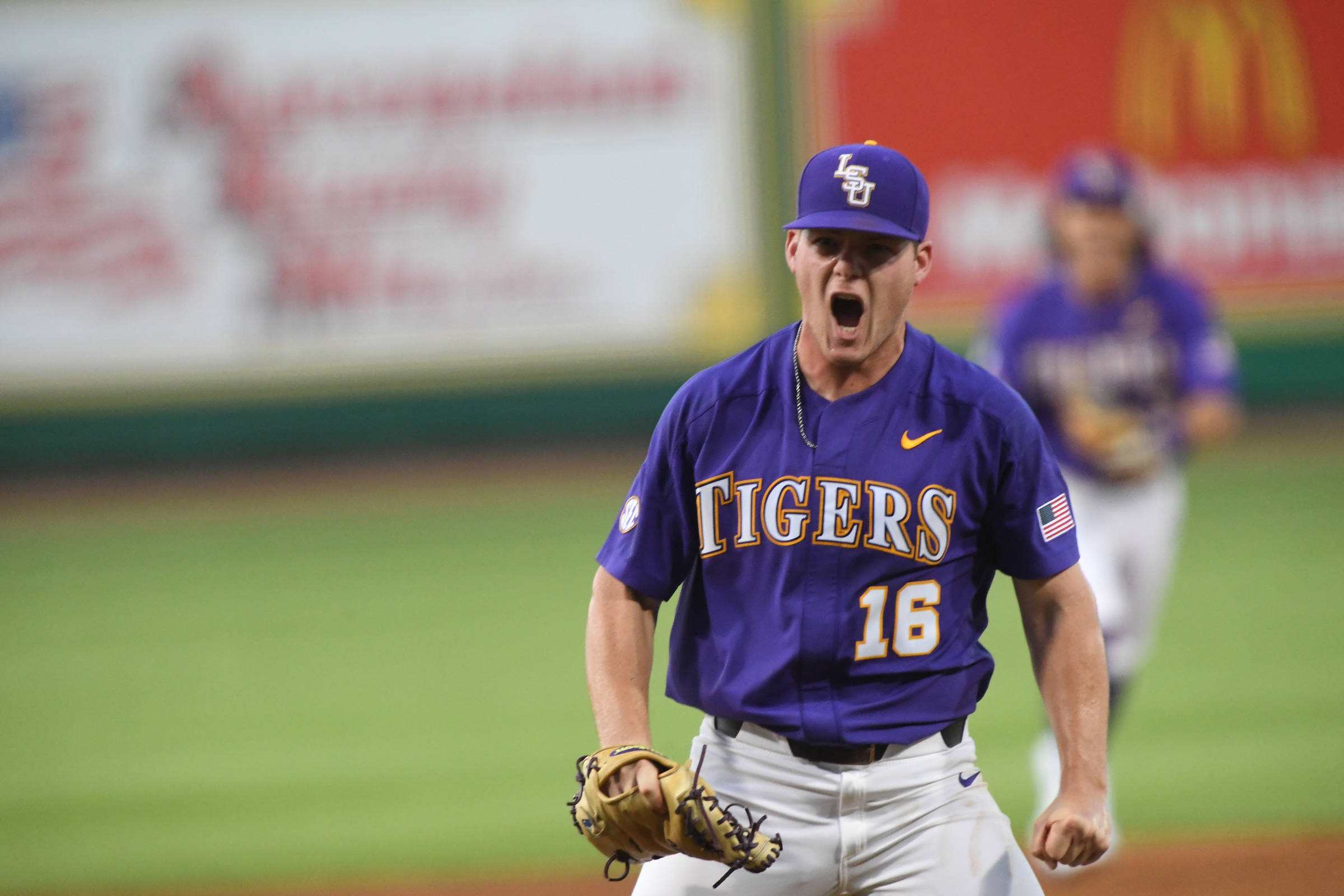 The LSU-Texas Southern game will be carried on the LSU Sports Radio Network (WDGL 98.1 FM in Baton Rouge), and the radio broadcast may be heard at www.LSUsports.net/live,

Friday’s game will be televised by the SEC Network, and it is accessible online at WatchESPN.com and the Watch ESPN app.

LSU, the 2017 SEC regular-season and tournament champion, has won 11 games in a row and 16 of their past 18 contests

“Certainly, Jared has been one of the true, wonderful young men that we have had in our program for four years. I think it would be very appropriate for him to leave with that record.”

LSU is hitting .310 as a team during its 11-game win streak with 17 doubles, three triples, 13 homers and 87 runs scored. LSU has outscored its opponents, 87-25 during the win streak and has limited opponents to a .202 batting average in that span.

LSU’s pitching staff has a 1.99 ERA during the win streak, as the Tigers have allowed only 21 earned runs in their last 95 innings with 85 strikeouts.

LSU senior second baseman Cole Freeman is batting a team-high .332 with 11 doubles, one triple, two homers, 37 RBI, 46 runs and 17 stolen bases. Junior rightfielder Greg Deichmann is hitting .330, and he has team-highs of 19 homers and 67 RBI.

Sophomore leftfielder Antoine Duplantis is batting .328 with 14 doubles, two triples, one homer, 52 RBI,  46 runs and 18 stolen bases. Robertson is batting .314 on the year with 16 doubles, three triples, eight homers and 39 RBI, and he leads the nation in runs scored with 76.

Texas Southern is batting .255 as a team this season with 32 homers and 104 stolen bases in 137 attempts. Junior infielder Gaudencio Lucca leads the Tigers’ offense, hitting .317 with 13 doubles, five triples, six homers and 28 RBI.

LSU IN THE NCAA REGIONAL
LSU secured the No. 4 NCAA Tournament National Seed on Monday, marking the sixth straight year in which the Tigers have been named a National Seed by the NCAA Baseball Committee … LSU and Stanford (1999-04) are the only schools in NCAA history to earn six straight National Seeds … LSU is serving as a regional host site for the 25th time overall and for the 24th time in the past 28 seasons … LSU has an 91-22 (.805) all-time record in NCAA Regional games, including a 80-17 (.825) mark in regional games at home … the Tigers have won 20 of the previous 24 regionals that have been held in Alex Box Stadium, Skip Bertman Field.

SERIES RECORD VS. TEXAS SOUTHERN
LSU leads the all-time series with TSU, 2-0. LSU defeated Texas Southern, 12-1, in the opening game of the 2008 NCAA Baton Rouge Regional, and by a 4-1 score during the 2014 regular season in Alex Box Stadium, Skip Bertman Field.