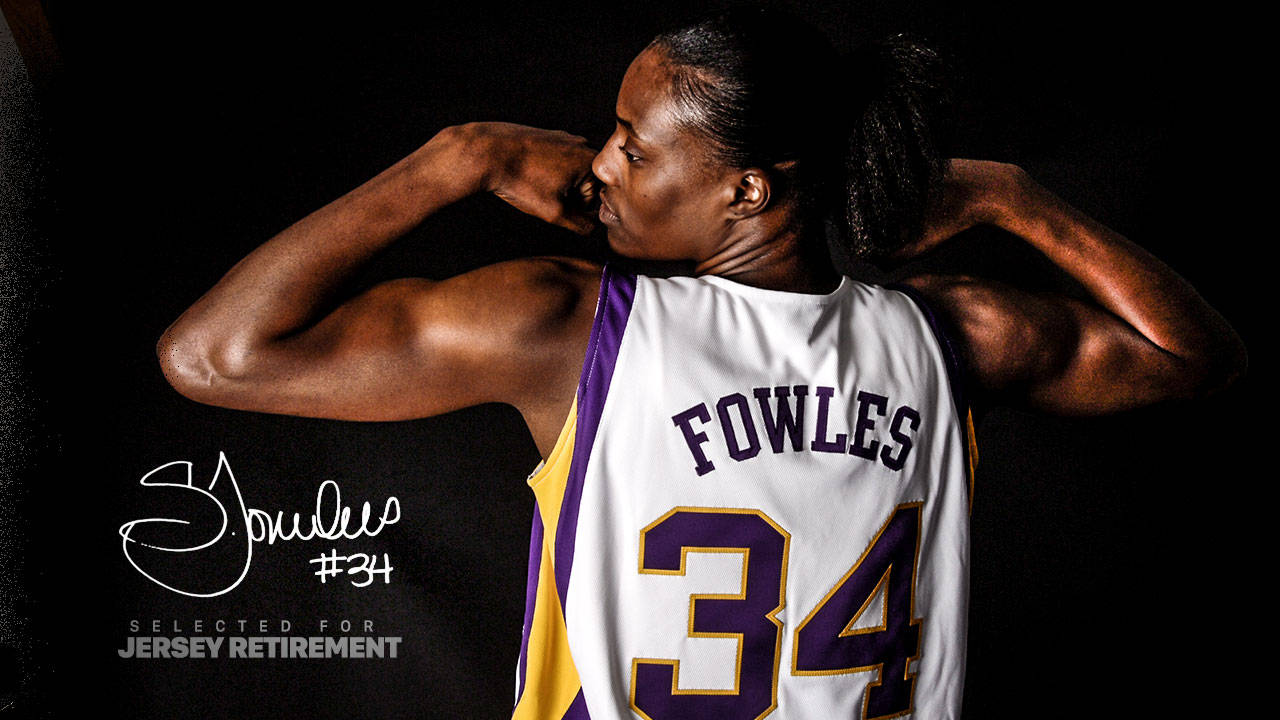 The jersey will be retired by LSU in a ceremony prior to a Lady Tigers’ game during the 2017-18 basketball season in the Pete Maravich Assembly Center.

The No. 34 worn by Fowles will join the No. 33 worn by Seimone Augustus as retired jerseys in the LSU women’s basketball program.

“Sylvia Fowles is a woman of great influence and compassion who has brought worldwide recognition to our university and to our state,” said LSU Vice Chancellor and Director of Athletics Joe Alleva. “Her impact has been felt not only through her achievements as a basketball player, but also in her philanthropic work for young people. We are thrilled to honor her legacy by retiring her jersey in the Maravich Center.”

Fowles, who was inducted into the LSU Athletic Hall of Fame in 2015, was a two-time All-America center at LSU, and she led the Lady Tigers to four consecutive Final Four appearances from 2005 through 2008. She was the 2008 National Defensive Player of the Year and the SEC Player of the Year, and she earned All-SEC honors in each of her final three seasons.

She is the founder of the Sylvia Fowles Family Fund, which supports her extensive work for youth and families both in Baton Rouge and in Miami. She also serves as a spokesperson for CURE: Citizens United for Research in Epilepsy.

Fowles, a 2009 LSU graduate, established school career records for rebounds (1,570), blocked shots (321), free throws made (494) and free throws attempted. She was the first-round draft choice of the WNBA’s Chicago Sky in 2008 and continues to enjoy a magnificent pro career, earning WNBA All-Star status on four occasions.