Riley to Wear No. 4 in Tribute to McKnight

by Michael Bonnette (@LSUBonnette)
Riley to Wear No. 4 in Tribute to McKnight +0 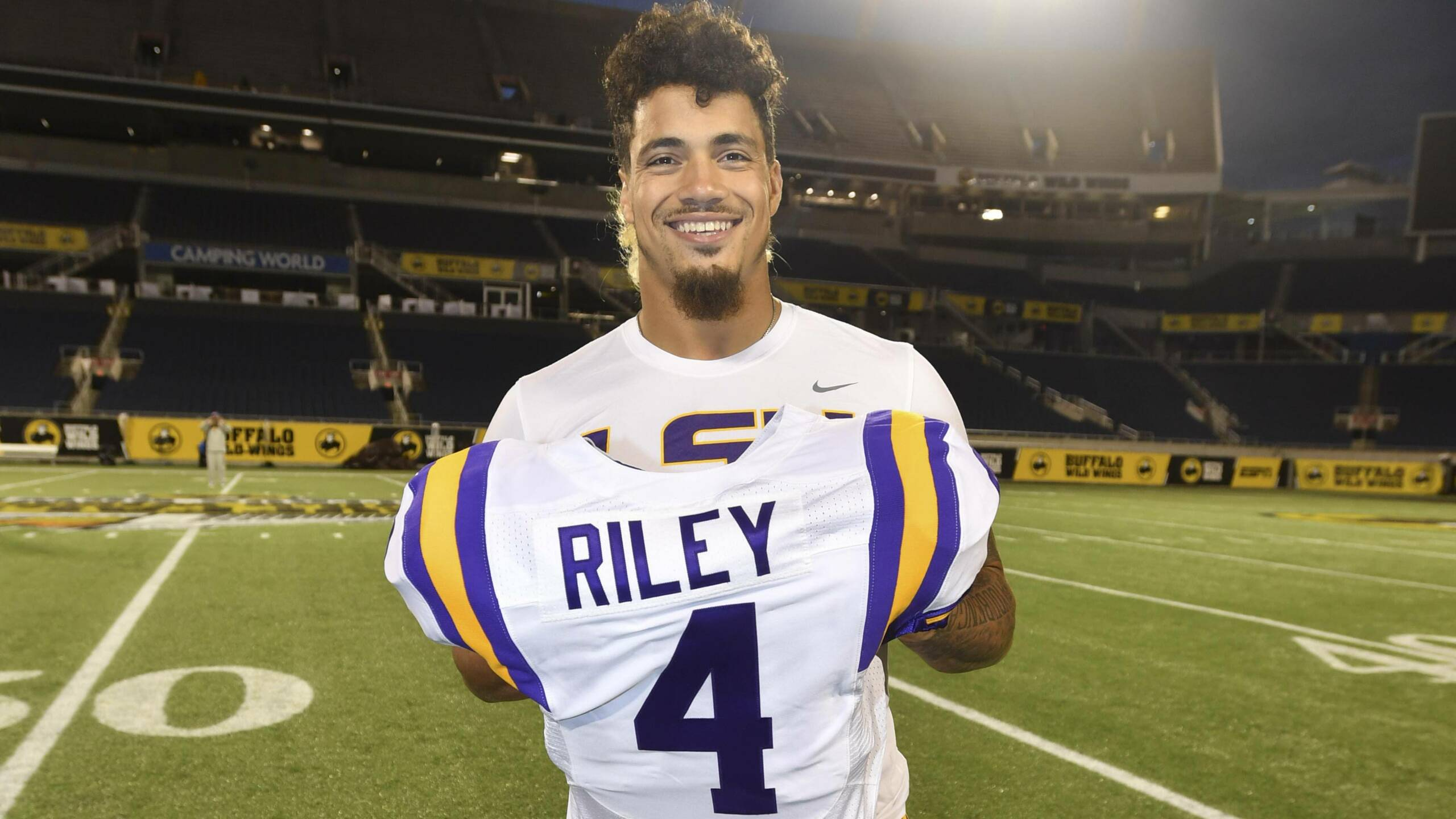 ORLANDO, Fla. – Senior linebacker Duke Riley will take the field for LSU one final time tomorrow when the 20th-ranked Tigers face 13th-ranked Louisville in the Buffalo Wild Wings Citrus Bowl, and he will do so wearing the No. 4 jersey to honor his fallen mentor and fellow John Curtis alum Joe McKnight.

McKnight was killed on Dec. 1 just outside of New Orleans in what was deemed a road rage incident. McKnight was born in River Ridge, Louisiana, a suburb of New Orleans, and starred at John Curtis Christian High School.

He was considered the No. 1 running back recruit in the country when he signed with USC. McKnight wore No. 4 at John Curtis and then during his collegiate career at Southern Cal. John Curtis is also the high school alma mater of Riley, where he helped the Patriots to back-to-back state titles in 2011 and 2012.

Riley, who ranks second in the team with 85 tackles, was recently named LSU’s most valuable player for the 2016 season in vote of his teammates. McKnight served as a mentor and role model for Riley, along with many other students who followed in his footsteps at John Curtis.

“This is honor to be able to do this. I’m so thankful for Coach ‘O’ (Orgeron) and the staff for giving me opportunity to wear this number for my brother who will be watching down on us. I’m going to give everything that I have for him and for LSU.”

Riley, who is a four-year letterwinner for the Tigers, has worn No. 40 for every contest of his 49-game career with the Tigers.

The Tigers and Cardinals meet at 10 a.m. CT tomorrow in the Citrus Bowl, a game that will be televised on ABC from Camping World Stadium here in Orlando.