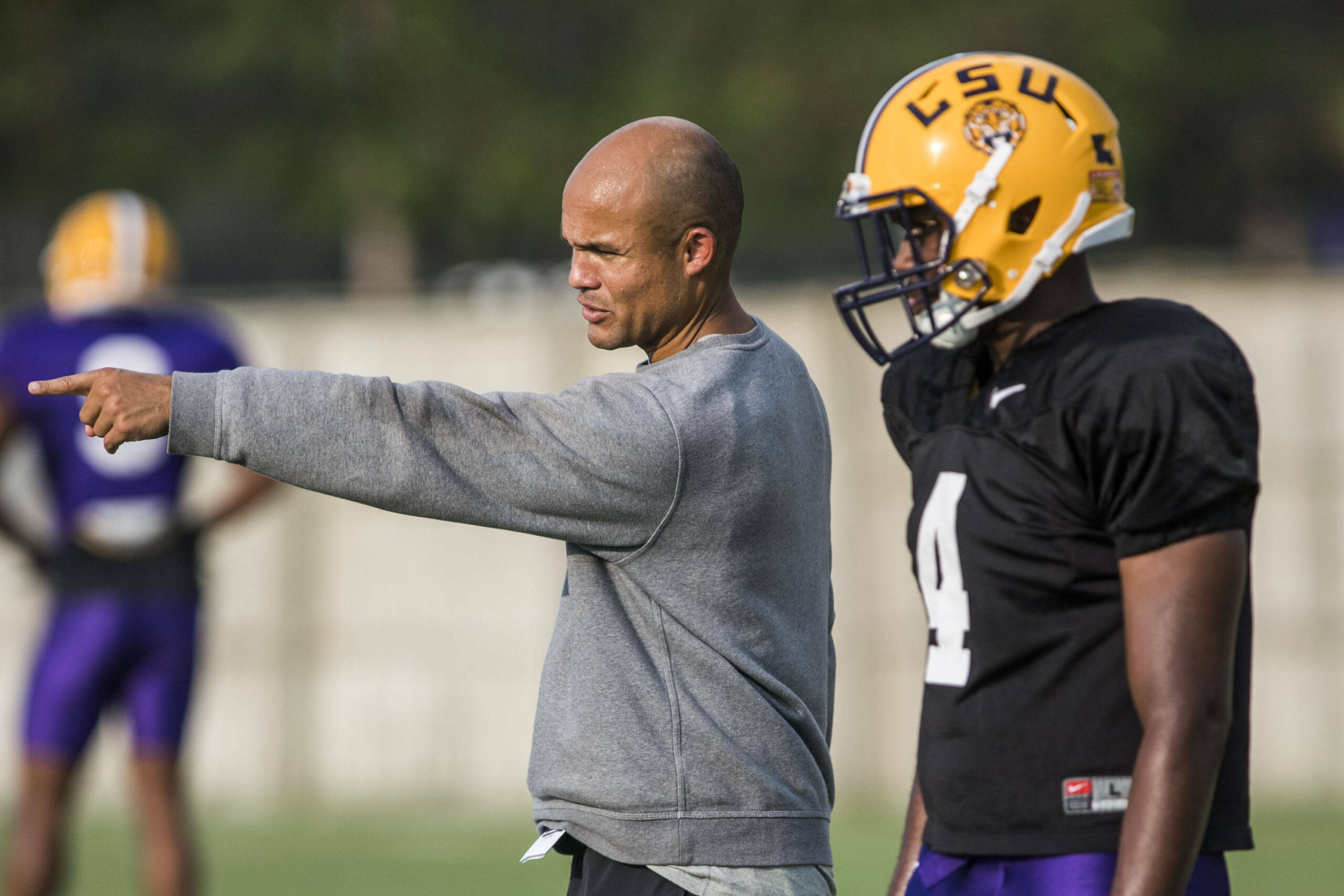 BATON ROUGE, La. – LSU Associate Head Coach/Defensive Coordinator Dave Aranda has been named as one of the nominees for the Broyles Award the Frank & Barbara Broyles Foundation announced today, which is awarded to the nation’s top assistant.

Of the more than 1,500 assistant coaches across FBS, Aranda is one of 40 in the running for the award. The award was established in 1996 to recognize legendary head football Coach Frank Broyles. Broyles had a track record of producing some of the most successful assistant coaches in college football history.

This season Aranda has produced one of the top defenses in the country as the Tigers have only allowed 11 touchdowns in 10 games, the fewest among FBS teams this year. The Tigers have been the only team in the FBS to hold every opponent to 21 points or less in games, as LSU has given up just 20 first quarter points and 23 third quarter points this year.

LSU didn’t allow a first quarter TD until the sixth game of the season against Southern Miss as Wisconsin and Florida are the only teams to score a third quarter TD on the Tigers this year. Opponents have been held scoreless in 13 of 24 quarters, including scoreless first halves against both Alabama and Missouri. LSU also held Ole Miss scoreless in the second half.

Individually, LSU sports two of the leading tacklers in the conference in senior linebackers Kendell Beckwith and Duke Riley. Beckwith, a finalist for the Butkus Award, is second in the conference in tackles averaging 9.1 tackles per game with three double figure tackle games this season, while Riley is fourth and averaging 8.1 tackles per game with 81 on the season.

Sophomore Arden Key has also been a force for the LSU defense as his 10.0 sacks and 1.00 sacks per game is also tops in the conference and fifth in the nation. The 10 sacks are tied for third all-time on the single-season list in program history, just two away from tying the record.

One of the final defensive highlights is senior cornerback Tre’Davious White who is also one of three remaining finalists for the Jim Thorpe Award, which is given to the nation’s top defensive back. White has started every game this season and has two interceptions and 28 total tackles on the year.

The 18-member selection committee will select five finalists from the list of nominees and an overall winner. Those finalists will be invited to travel to Little Rock, Arkansas where the 2016 Broyles Award winner will be announced on Tuesday, December 6th at 1:00pm at the Marriott Hotel.

LSU takes on Texas A&M Thursday night at 6:30 p.m. in College Station. The game will be televised live on ESPN.