Times of Interest: Football vs. Florida 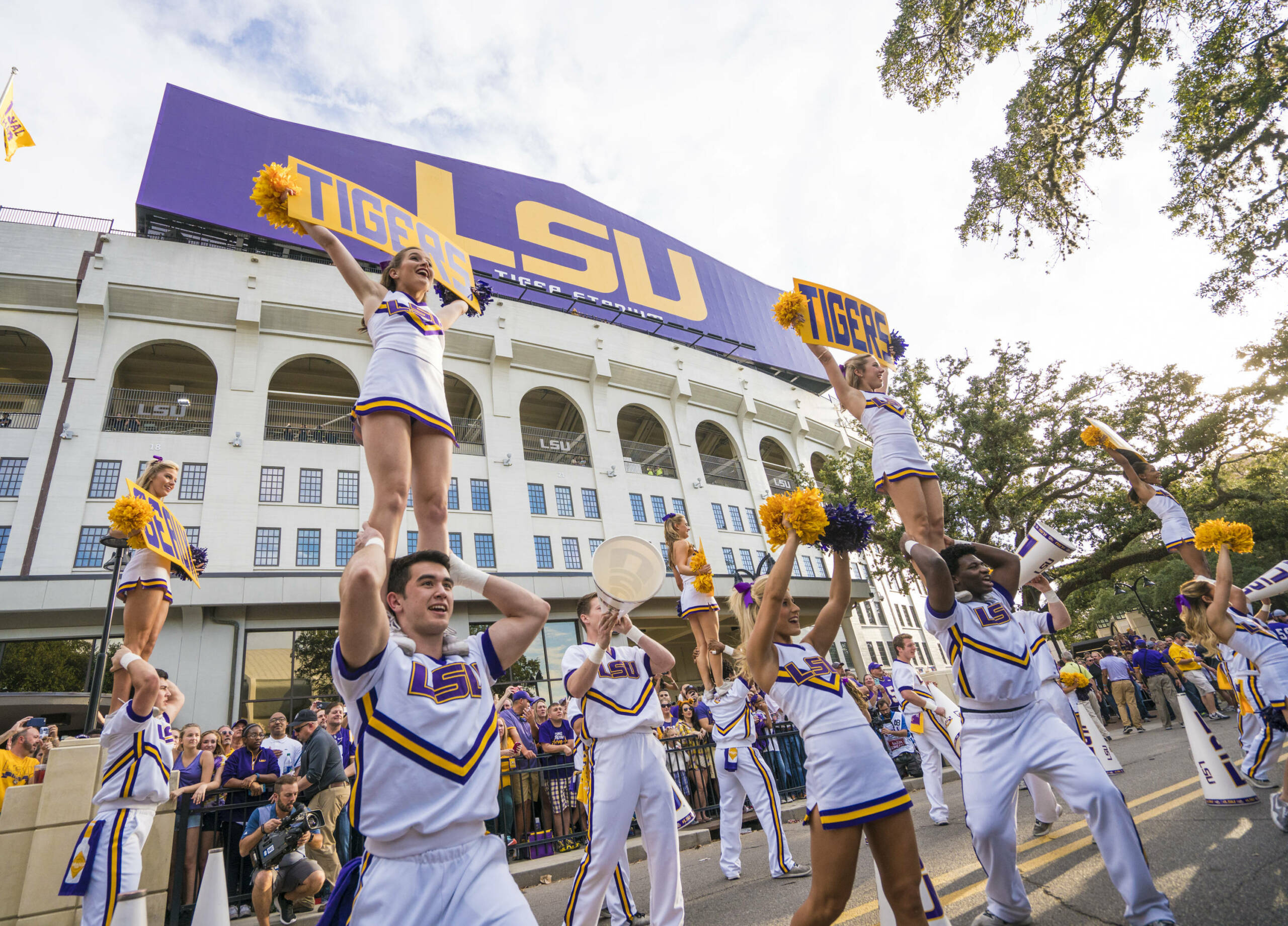 BATON ROUGE – The honoring of 19 seniors prior to kickoff highlight pre-game activities on Saturday when 16th-ranked LSU hosts 23rd-ranked Florida at noon in Tiger Stadium.

SEC Network will broadcast the game with Brent Musburger, Jesse Palmer and Baton Rouge native Kaylee Hartung on the call. In addition, SEC Nation will be on hand to preview the LSU-Florida game along with the rest of the Saturday SEC slate. SEC Nation will broadcast from 9 a.m. to noon from two locations – the grass lot next to Walkon’s and from a mobile set inside Tiger Stadium.

Saturday’s game serves as the final home contest for LSU this year and the Tigers will honor its 19-player senior class during a pre-game ceremony. The senior presentation will take place at approximately 11:34 a.m. at midfield.

Other highlights leading up to kickoff on Saturday include the Tiger Walk down “Victory Hill” at 9:50 a.m., followed by the Golden Band from Tigerland street performance on North Stadium Drive at 10:30 a.m.

The band’s pre-game show in Tiger Stadium starts at 11:45 a.m., which includes a Navy Flyover at the conclusion of the National Anthem. Head coach Ed Orgeron will lead the Tigers out of the tunnel and onto the field at 11:58.

The following is a complete listing of key times of interest for the Tigers on Friday and Saturday:

Be sure to check out the following items on LSUsports.net
12:01 p.m. Live stats on LSU-Florida game
www.LSUsports.net/livestats