Todd Walker's Jersey to be Retired in 2017 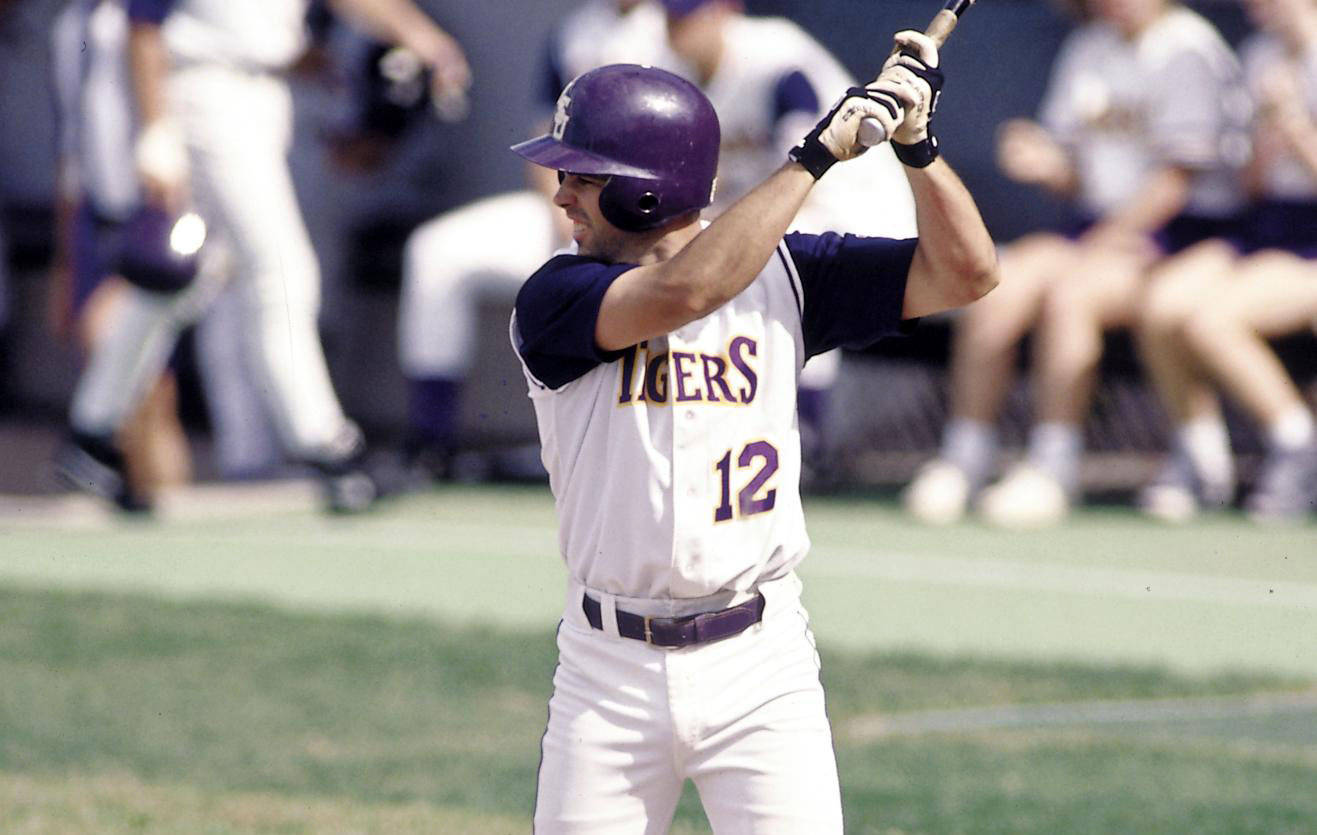 BATON ROUGE, La. – The LSU Hall of Fame Committee has unanimously approved the retirement of the jersey of all-America second baseman Todd Walker. The jersey will be retired by LSU in a ceremony prior to a Tigers’ game during the 2017 baseball season in Alex Box Stadium, Skip Bertman Field.

The No. 12 worn by Walker will join the No. 36 worn by first baseman Eddy Furniss, the No. 15 worn by coach Skip Bertman and the No. 19 worn by pitcher Ben McDonald as retired jerseys in the LSU baseball program.

Walker, who was inducted into the College Baseball Hall of Fame in 2009, was the eighth overall selection in the 1994 Major League Baseball Draft after a brilliant three-year career at LSU. He played 12 seasons (1996-2007) in the major leagues and earned his business degree from LSU in 1998 by returning to school during the MLB off-seasons.

In recent years, Walker has served as a coach and mentor to youngsters in the Shreveport-Bossier area, and he works as a college baseball analyst for the SEC Network.

“Todd Walker epitomizes the values that we promote at LSU,” said LSU Vice Chancellor and Director of Athletics Joe Alleva. “He is in the College Baseball Hall of Fame, and his exploits as one of the greatest hitters in the history of the game are well-documented. What is even more impressive is his commitment to education, as he completed his LSU degree requirements while he was an active Major League player. He generously donates his time and energy to charitable causes, and he is a tremendous ambassador for our university. We look forward to having his jersey number take its place among those of LSU legends.”

Walker was one of the greatest hitters in SEC history, excelling for three seasons (1992-94) at LSU. A two-time first-team All-American, he led the Tigers to the national championship in 1993, earning the College World Series Most Outstanding Player award. He was voted in 1996 as the second baseman on the all-time College World Series team by the Omaha World-Herald, and he was named to the CWS Legends Team in 2010.

A two-time finalist for the Golden Spikes Award, Walker was named first-team All-SEC three times, and he was voted the SEC Player of the Year in 1993. He posted a .396 cumulative batting average over three seasons, and he completed his collegiate career as the SEC all-time leader in hits (310), runs (234), RBI (246) and total bases (557).