Furniss Jersey to be Retired on April 22 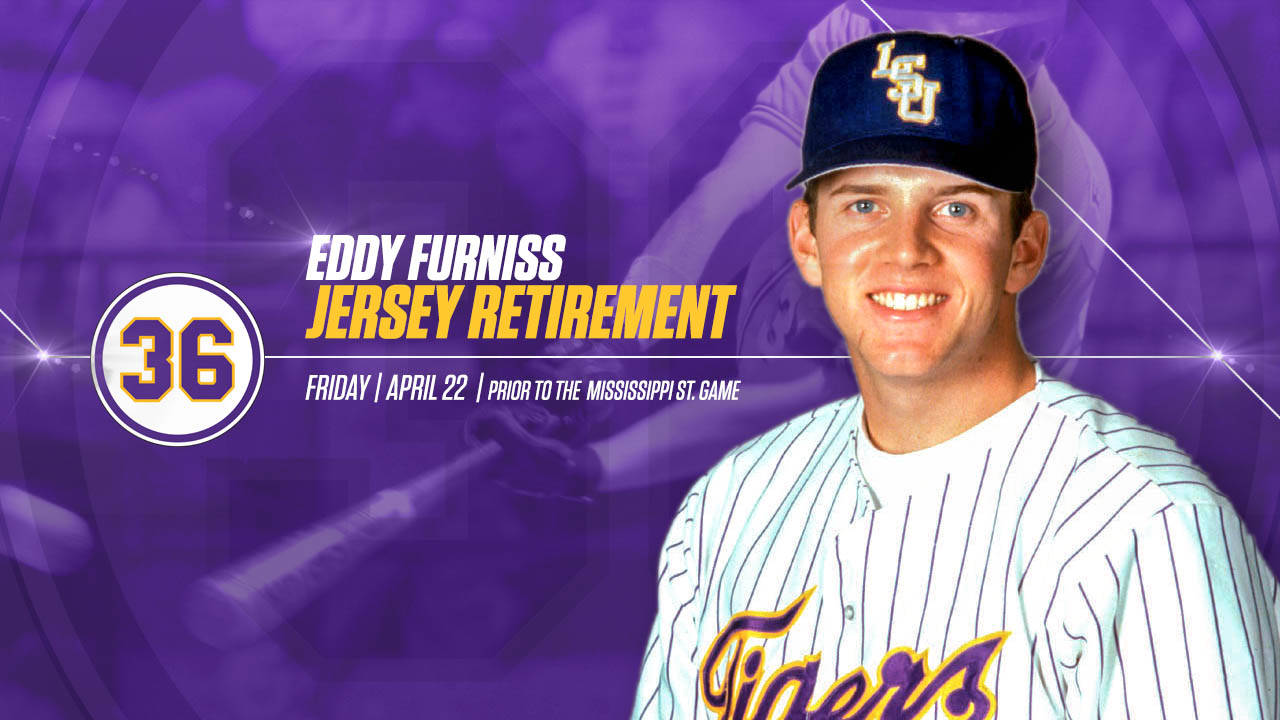 BATON ROUGE, La. – The jersey of all-American first baseman Eddy Furniss will be retired by LSU in a ceremony prior to the Tigers’ game with Mississippi State on Friday, April 22, in Alex Box Stadium, Skip Bertman Field.

The #36 worn by Furniss will join the #15 worn by coach Skip Bertman and the #19 worn by pitcher Ben McDonald as retired jerseys in the LSU baseball program.

“We are extremely pleased to bestow this honor upon Eddy Furniss, one of the greatest hitters in college baseball history,” said LSU Vice Chancellor and Director of Athletics Joe Alleva. “He is a man of high character who excelled both on the field and in the classroom, and he embodies all of the qualities we seek to instill into our student-athletes. He was a tremendous player and student, and he continues to impact lives through his medical practice.”

Furniss, enjoyed one of the best four-season stretches (1995-98) in college baseball history. Though it has been 18 years since his final collegiate game, Furniss is still the Southeastern Conference all-time leader in hits (352), home runs (80), RBI (308), doubles (87) and total bases (689). In the NCAA record book, he finished his career No. 3 all-time in total bases, No. 4 in home runs and doubles, and No. 5 in RBI.

Furniss, a three-time Academic All-American as a zoology major, helped lead LSU to NCAA championships in 1996 and 1997, and he received the 1998 Dick Howser Trophy as college baseball’s most outstanding player. He hit .403 in ’98 with 27 doubles, three triples, 28 homers, 85 runs and 76 RBI, earning First-Team All-America and All-SEC honors.

Furniss earned All-America recognition in each of his final three seasons, and he was voted the 1996 SEC Player of the Year. He was selected in the fourth round of the 1998 Major League Draft by the Pittsburgh Pirates and played five seasons in the minor leagues before retiring to concentrate on a career in medicine.