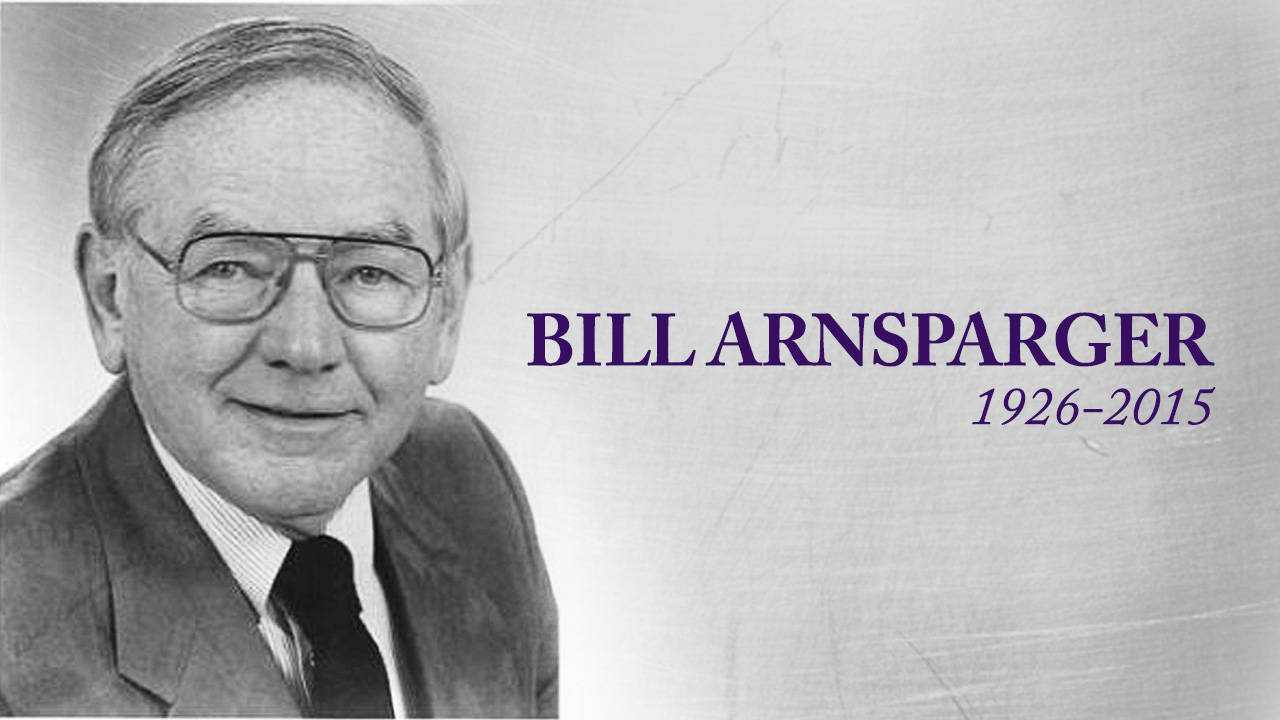 BATON ROUGE – Bill Arnsparger, who was one of the top defensive minds in professional football and a former head football coach at LSU in the mid-1980s, passed away on Friday at the age of 88 at his home in Athens, Alabama.

Arnsparger was head coach of the Tigers for three seasons (1984-86), leading LSU to two Sugar Bowl berths in 1984 and 1986. The 1986 squad was the school’s first Southeastern Conference champion since 1970. Shortly after the final regular season game in 1986, Arnsparger was hired as athletics director at the University of Florida.

The announcement was made in a release from Laura Prewitt, Executive Director of the Breeders’ Cup Festival in Lexington, Kentucky. The release said that funeral services will be held in his hometown of Paris, Kentucky, where he was born in 1926. Arrangements are to be determined.

After serving in the United States Marines during World War II, Arnsparger attended Miami University in Oxford, Ohio. After graduating in January 1950, Arnsparger remained in Oxford to work as an assistant with the Miami football team.

He would go on to earn his reputation as a defensive mastermind serving as defensive line coach at Ohio State (1951-53), Kentucky (1954-61) and Tulane (1962-63) before moving to the National Football League.

He served as defensive line coach for the Baltimore Colts from 1964-69 before becoming the architect of the Miami Dolphins’ “No-Name” defenses from 1970-73 as Defensive Coordinator. The 1972 Dolphins won the Super Bowl and remain the only undefeated team in NFL history.

Arnsparger was head coach for three years in the NFL (1974-76) with the New York Giants before returning to the Dolphins as Assistant Head Coach and Defensive Coordinator from 1976-83. That was where the “Killer B’s” defense was created (so named because of the number of surnames beginning with “B” on the Dolphin’s defense).

Arnsparger came to LSU after the 1983 season when the Board of Supervisors voted to make a coaching change.

From the book “The Fighting Tigers” by Peter Finney, Arnsparger said at his first press conference: “We’re working to win the conference championship and the national championship. I probably could have stayed in Miami as long as I wanted. But LSU is where I want to be. I recruited the area when I was a college assistant, and I know all about the feeling of being in Tiger Stadium on a Saturday night. I don’t know if I would have considered any other place.”

The first season (1984) the Tigers appeared in the Sugar Bowl for the first time since 1968. Arnsparger won the SEC Coach of the Year honor as voted by the Nashville Banner. His second year, the Tigers went to the Liberty Bowl before a second Sugar Bowl appearance in 1986. After beating Tulane in the season finale, he told his team he would be stepping down after the bowl game as head coach of the Tigers, and he accepted the job as athletic director at the University of Florida where he would remain until 1992.

He would make one final return to the NFL in 1992, finishing as the Defensive Coordinator of San Diego Chargers through 1994. Arnsparger would announce his retirement at that time, citing the prostate cancer surgery he had undergone the year before.

The final year in San Diego, his team made it to the Super Bowl, his sixth appearance in pro football’s biggest game.

Arnsparger is survived by his wife, BJ, a son (David) and daughter Mary Susan.

Visitation will be Friday, July 24, at First Christian Church in Paris, Kentucky, from 5-8 p.m. ET, with a funeral service to be held at 11 a.m. ET on Saturday.