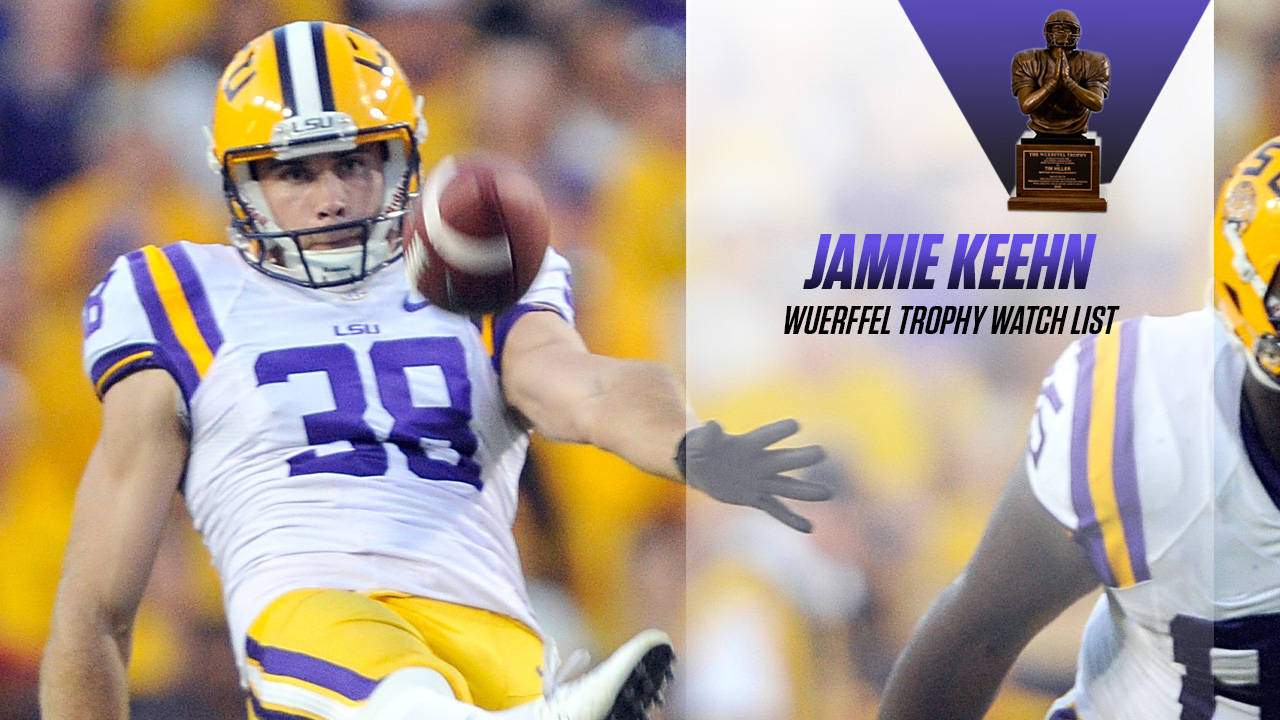 BATON ROUGE – LSU senior punter Jamie Keehn has been selected to the preseason watch list for the Wuerffel Trophy, it was announced Wednesday.

The Wuerffel Trophy, known as “College Football’s Premier Award for Community Service,” is presented annually by the All Sports Association in Fort Walton Beach, Fla., to the FBS player that best combines exemplary community service with athletic and academic achievement.

A native of Gracemere, Queensland in Australia, Keehn earned Second Team All-SEC honors in 2014. He had a tremendous junior season in which he punted 71 times, fourth-most in a single season in LSU history, and he averaged 44.9 yards per punt which ranks as the third-highest average in school history.

Keehn finished the 2014 season in second place in the SEC in average yards per punt and second in total yards punted, and he ranked ninth nationally in punting.

Keehn also excels in the classroom where he has a 3.03 cumulative grade point average while majoring in sport administration with a minor in business.

One of the most active players on the team, Keehn has acted as a leader in community service during his time with the Tigers.

In the 2014-15 academic year, Keehn took part in several community events such as Thanksgiving with the Tigers and the Halloween BOOzar.

Keehn visited children at a local Baton Rouge hospital and took part in the local hospital’s “Pay it Forward” campaign. Keehn also participated in a Big Buddy event where he spent time with a local youth.

Rudy Niswanger won the inaugural Wuerffel Trophy after the 2005 season.