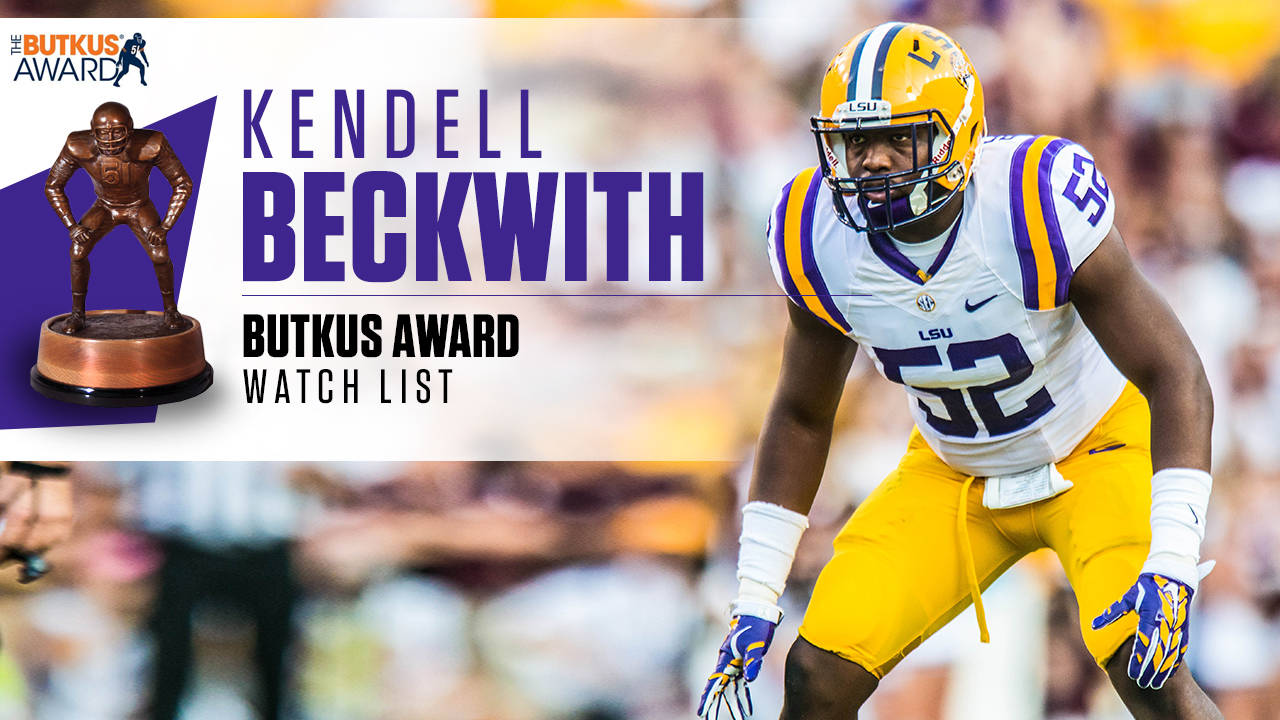 The award is presented each season to the top linebacker in the nation.

It is the third award preseason watch list in which Beckwith has been featured. He is also a candidate for the Bednarik Award and the Bronko Nagurski Trophy.

Beckwith, who started the final seven games of the 2014 season, enters his first full season as the starting middle linebacker after he racked up 77 tackles, 7.5 tackles for a loss, two sacks, three pass breakups, two quarterback hurries, two fumble recoveries and one interception that he returned 29 yards for a touchdown last year.

A gifted athlete, Beckwith will serve as a leader for the Tigers’ stout defense that ended 2014 ranked No. 1 in the SEC in total defense and No. 2 in scoring defense.

Semifinalists will be named Nov. 2, finalists on Nov. 23 and the winner will be notified on or before Dec. 8.