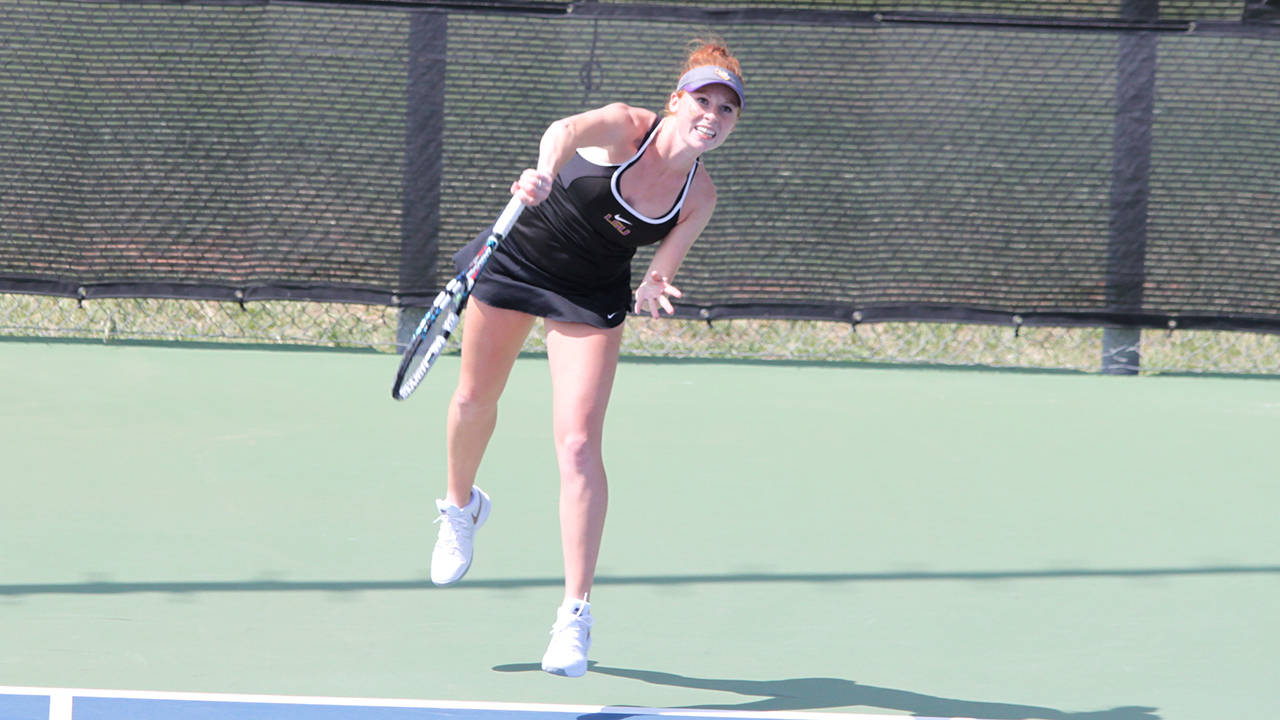 LUBBOCK, Texas — Sophomore Joana Vale Costa defeated Emily Olivier on court one to clinch No. 22 LSU’s spot into the second round of the NCAA Tournament. LSU defeated New Mexico 4-0 Friday afternoon at the McLeoud Tennis Center.

LSU clinched a spot into the second round of the NCAA Tournament for just the sixth time in school history. The Lady Tigers improved to 20-10 on the year and became just the third team in program history to reach the 20-win mark.

“We were playing in 20 mile winds and extremely high elevation today,” head coach Julia Sell said. “The challenge was huge but we came in and got the job done. In singles, we went down real quick on a few courts and weren’t quite adjusted. I’m proud of the way we played and fought back to get the win. ”

After a weather delay of almost two hours, LSU took to the court and secured the team’s 11th doubles point of the season. The Lady Tigers fell into a hole after dropping court two. The 33rd-ranked team of Vale Costa and Noel Scott evened things up with an 8-4 win on court one. Skylar Holloway and Ella Taylor clinched the point with an 8-6 won on court three.

“I thought it was crucial with the conditions to get the doubles point,” Sell added. “I know they were use to playing in this type of weather and to start out with the win gave us a huge confidence boost.”

Abby Owens started off singles with a win to extend the LSU lead to 2-0. Owens defeated Meredith Hopson 6-0, 6-1 on court three.

Holloway came back on court six to push the Lady Tiger lead to 3-0. The Washington, D.C. native dropped the first set 6-1 and came back to take the final two sets 6-0, 6-2.

LSU returns to action at 3 p.m. Saturday for the second round of the NCAA Tournament at the McLeoud Tennis Center. The Lady Tigers will face off against the winner of New Mexico State and Texas Tech.