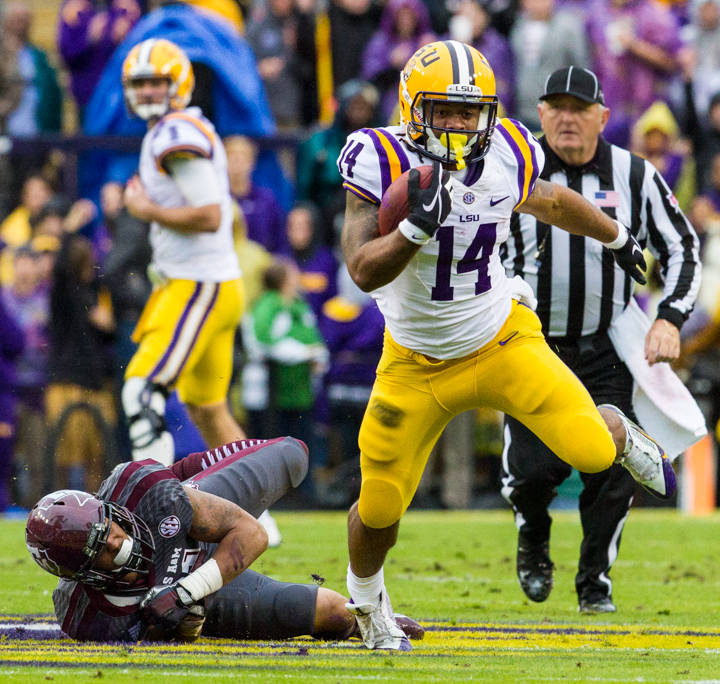 BATON ROUGE — LSU running back Terrence Magee and cornerback Rashard Robinson each earned Player of the Week honors by the Southeastern Conference following their performances in the Tigers’ 34-10 victory over then-No. 9 Texas A&M on Saturday.

Magee, a junior from Franklinton, was named the SEC Offensive Player of the Week after running for a career-best 149 yards with a touchdown to lead a 324-yard LSU rushing attack.

Robinson took SEC Freshman of the Week honors after holding Aggies wide receiver Mike Evans to four catches for 51 yards. Robinson also recorded his first interception as a Tiger along with two tackles.

The Tigers next play host to Arkansas on Friday, Nov. 29, at 1:30 p.m. CT to finish the regular season in Tiger Stadium. The game will be televised by CBS and broadcast on the LSU Sports Radio Network beginning at 11:30 a.m.