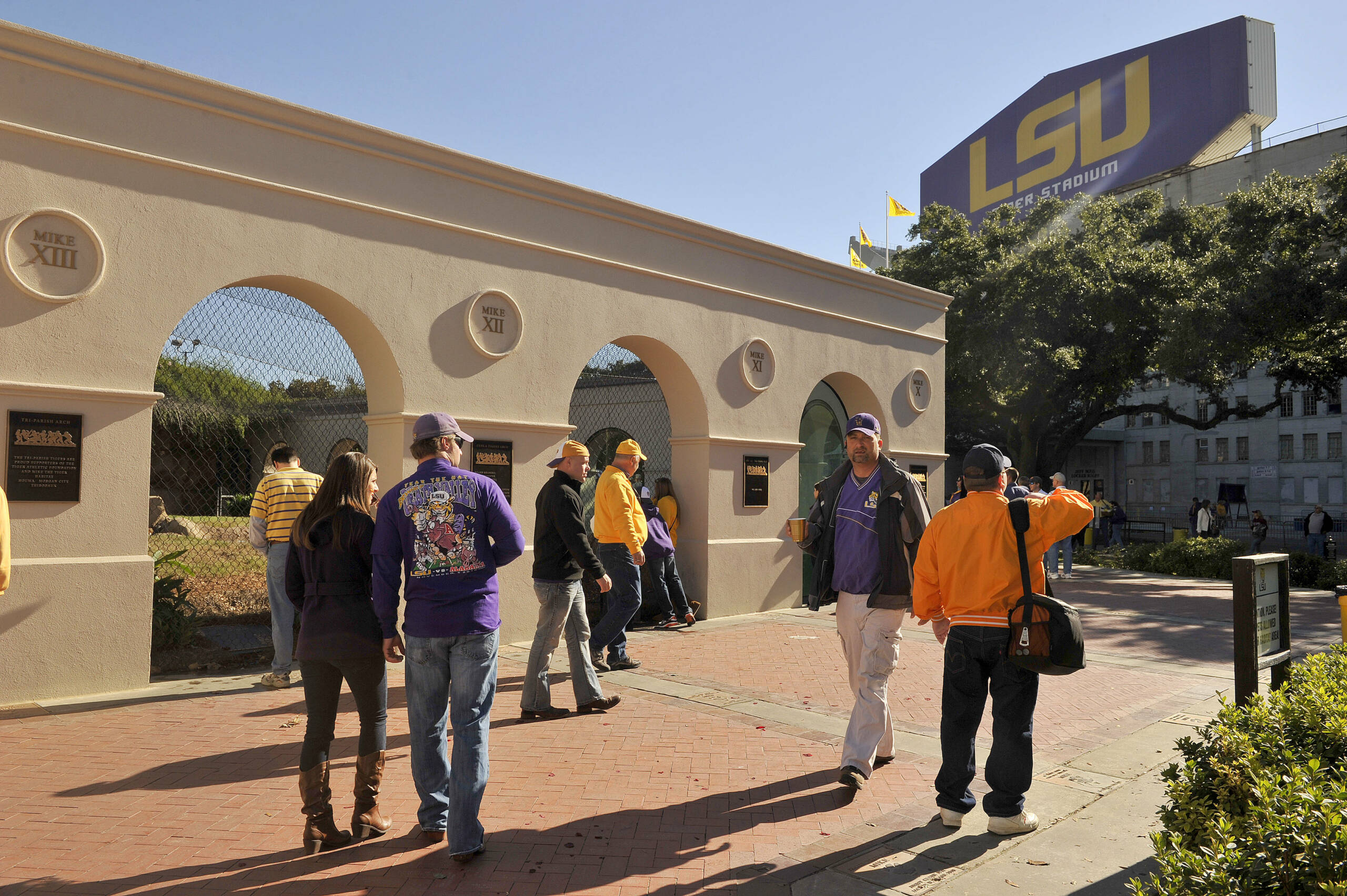 by Ginger Guttner, Director of Public Relations at LSU School of Veterinary Medicine

BATON ROUGE – Mike VI, LSU’s live tiger mascot, is an important part of the LSU community and its athletic traditions. Fans love to see Mike VI on the field as part of LSU’s pre-game festivities. However, because we do not sedate him or force him to go into the stadium, Mike’s attendance is entirely up to him.

LSU School of Veterinary Medicine student handlers work with Mike VI, LSU’s live tiger mascot, throughout the summer to get him ready to load into his trailer for LSU Tiger home football games. However, being an adult male tiger, he does not always comply. Because of this, he may not attend all home games this season.

“His veterinary student caretakers have been loading Mike VI into his trailer this summer to get him ready for the LSU home games; however, he doesn’t always cooperate,” said Dr. Baker. “We know how important it is to the fans that he be in the stadium, but we can’t force him to do so, and we absolutely would never do that even if we could. Mike’s safety and well-being are most important to us, and we know that these are important to the fans as well.”

Mike VI arrived at LSU in August of 2007 as a two-year-old, but has since matured, becoming more cautious and less inquisitive. Baker said that this is a sign of normal tiger development.

“If Mike VI does not attend the pre-game festivities, it is important for fans to know that this does not mean that something is wrong,” said Baker. “Mike VI is a healthy, normal tiger.”