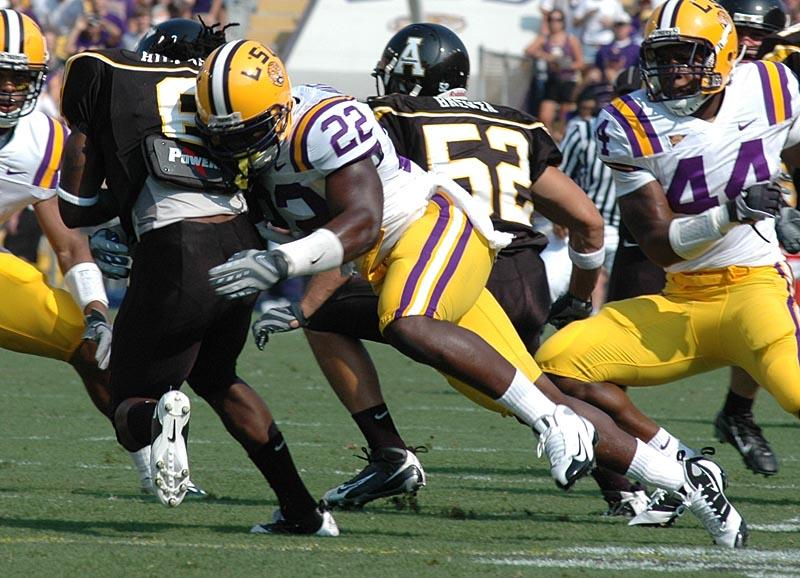 The Tigers ranked second in the Southeastern Conference with three players on the list of 65 that was released by the Maxwell Football Club.

The College Defensive Player of the Year Award is named in honor of Chuck Bednarik, College and Pro Football Hall of Famer. Voters for the award include NCAA head coaches, members of the Maxwell Football Club and sportswriters and sportscasters from across the country.

Claiborne, a native of Shreveport, heads into his junior season as a preseason All-America cornerback selection by some publications. A year ago, he led the Tigers and ranked third in the SEC with five interceptions while adding 37 tackles and six pass breakups. Claiborne started 12 games as a sophomore.

Mathieu shined as true freshman in the Tigers’ talented secondary, playing in all 13 games and ranking fourth on the squad in tackles with 57. He contributed 8.5 tackles for loss and added 4.5 sacks to go along with two interceptions and a team-high seven pass breakups. His five forced fumbles was tops in the SEC a year ago.

Mathieu was named the Most Outstanding Defensive Player of the 2011 Cotton Bowl when he forced two fumbles, collected an interception and seven tackles in the 42-24 win over Texas A&M. He is one of only two sophomores who made the watch list. Florida State cornerback Xavier Rhodes is the other.

Baker ranked second on the team and 13th in the SEC with 87 total tackles, including 11 tackles for loss. He led the squad in sacks with seven while starting 12 games at will linebacker, a position he will once again man in 2011. In 37 career games, the senior has tallied 120 tackles.

All three players played a key role in a Tiger defense that ranked in the top 10 in four defensive categories during the 2010 season.