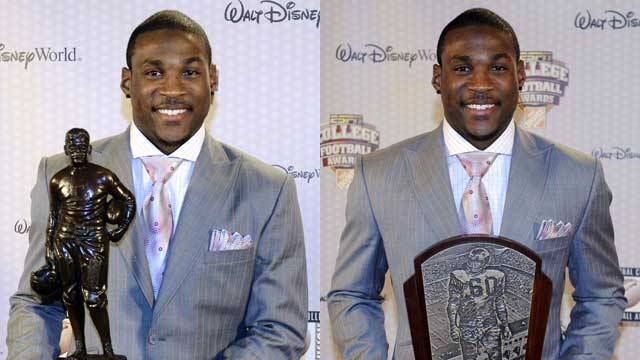 The Thorpe Award, presented annually to college football’s top defensive back since 1986, was voted on by over 50 sports writers, sportscasters, coaches and former players. Peterson was the second straight Southeastern Conference player to win the award. Tennessee’s Eric Berry claimed the honor last season.

“It’s an honor to be the first player at LSU to win these awards,” said Peterson. “One of my goals at the beginning of the season was to win this award and be the best I could possibly be. I am very thankful for this opportunity and I owe it to my coaches and my family for putting me in the best position to succeed. This experience is something I will never forget.”

The Bednarik Award is presented annually to college football’s most outstanding defensive player, and the trophy has been given out every year since 1995. Voters for the Maxwell College Awards, including the Bednarik Award, are NCAA Head College Football Coaches, members of the Maxwell Football Club & sportswriters and sportscasters from across the country.