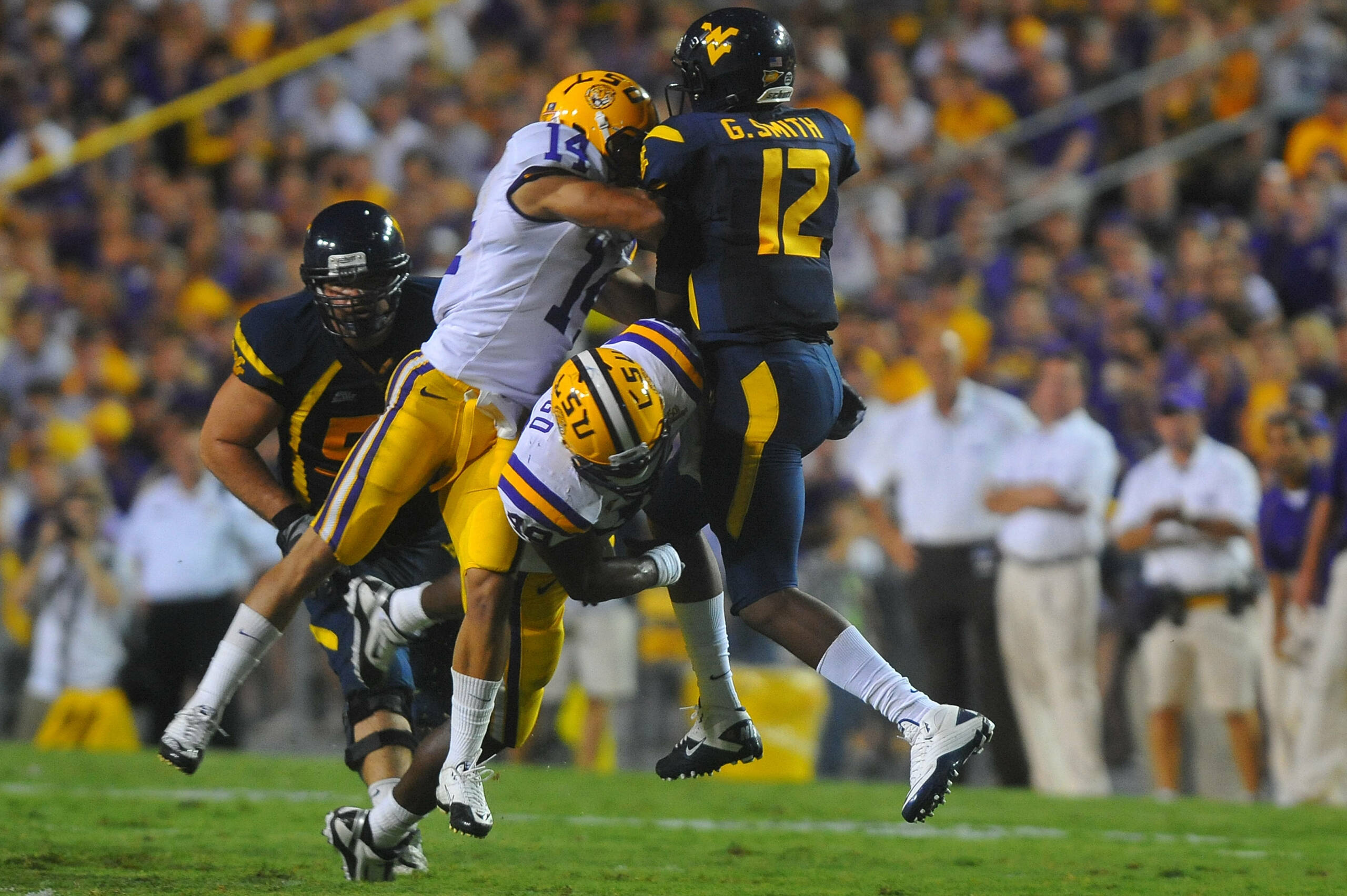 BATON ROUGE – LSU’s defense moved atop the Southeastern Conference in a pair of categories this week, taking over the top spot from Alabama in both total defense and rushing defense.

After allowing just 177 total yards to West Virginia, LSU is now limiting opponents to an SEC-best 254 yards per game. The 254 yards ranks No. 9 in the nation.

LSU is also tops in the league and No. 8 in the nation in rushing defense, allowing just 74.8 yards on the ground a contest. The Tigers are No. 4 in the SEC pass defense, giving up 179.2 yards per game. However, since the season-opener against North Carolina when the Tar Heels passed for 412 yards against the Tigers, LSU has limited its next three opponents to a combined 305 yards through the air.

In four games this year, LSU has surrendered only 12.0 points per game, a figure that ranks No. 2 in the SEC and fifth nationally.

Individually, Patrick Peterson continues to lead the league, and rank No. 2 in the nation, in punt returns with a 28.1 average. Peterson is one of only three players nationally, joining Oregon’s Cliff Harris and Utah’s Shaky Smithson, that have returned two punts for touchdowns this year.

Peterson also ranks third in the SEC and No. 15 in the nation in kickoff returns with a 31.7 average.

LSU kicker Josh Jasper leads the league in field goals (9), field goal percentage (90.0) and points by a kicker (38), while running back Stevan Ridley is third in the conference and 21st in the nation in rushing yards with 108.5 a contest.

LSU returns to action on Saturday, hosting Tennessee at 2:30 p.m. CT in Tiger Stadium in a game that will be televised nationally by CBS.