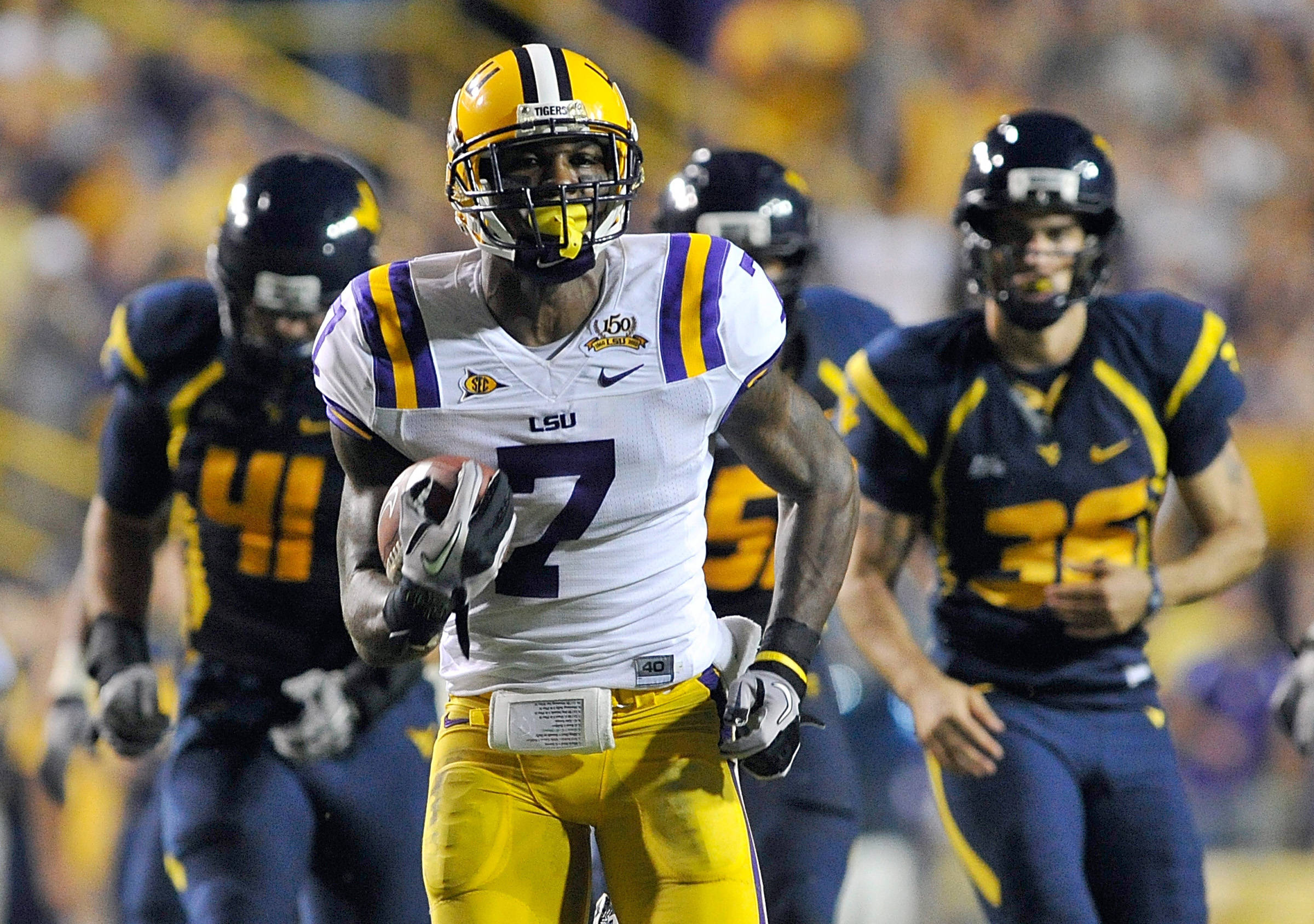 BATON ROUGE – Patrick Peterson has been named the Southeastern Conference Special Teams Player of the Week for the second time this year the league office announced on Monday.

Peterson, a junior from Pompano Beach, Fla., returned a punt 60 yards for a second quarter touchdown in Saturday’s 20-14 win over West Virginia. Peterson added a 26-yard punt return earlier in the contest as well as partially blocking a field goal attempt by the Mountaineers.

Peterson became the first Tiger since Skyler Green in 2003 to return two punts for touchdowns in the same season.

The SEC honor is the second of the year for Peterson as he won the award for his play in the season-opener against North Carolina when he set the LSU record for return yards in a game with 257 in the 30-24 victory over the Tar Heels.

Peterson was also honored last week by the Jim Thorpe Award as its National Defensive Back of the Week following his two interception performance in the win over Mississippi State.

After four games, Peterson leads the SEC and ranks No. 2 in the nation in punt returns with a 28.11 average. Peterson is also No. 3 in the league in kickoff returns at 31.7 yards a return and he’s tied for sixth in interceptions with two to his credit.