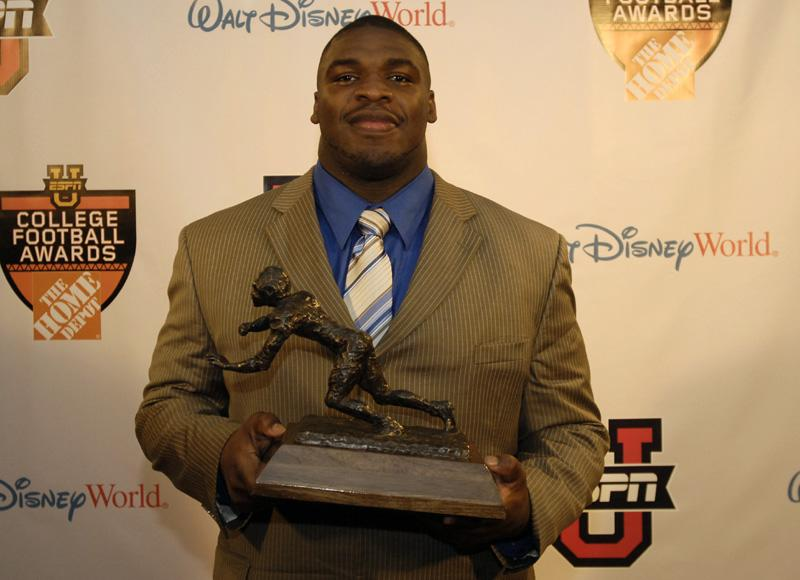 ORLANDO, Fla. — Glenn Dorsey, one of the most decorated players in LSU football’s storied history, added yet another honor to his long list on Thursday night at the Home Depot ESPN College Football Awards Show, claiming the Outland Trophy.

Dorsey, who has also claimed the Nagurski and Lombardi Awards earlier this week and was named the Southeastern Conference’ Defensive Player of the Year, beat out Kansas’ Anthony Collins and Michigan’s Jake Long for the Outland.

The Outland, given for the 62nd time, goes annually to the nation’s best interior lineman.

“This is a tremendous honor for me to receive this award for individual effort,” Dorsey said. “It is also an honor for me to come here and represent my team, my coaches, LSU and by home town of Gonzales. I owe a lot of what I have been able to accomplish to the people that have supported my throughout my entire life.”

Dorsey, who anchored LSU’s defense that allowed just 19.6 points per game on an average of 283.8 yards per game, recorded 64 stops this season with 11.5 tackles for a loss and six sacks.

During the show aired on ESPN from Disney’s Wide World of Sports Complex, Dorsey was also announced as a member of the Walter Camp All-American team.

Dorsey was a finalist for the Chuck Bednarik Trophy given annually to the nation’s best defensive player. The honor was won by Penn State’s Dan Connor.

Craig Steltz, a senior safety for the Tigers was also present in Orlando and a finalist for the Jim Thorpe Award given to the nation’s top defensive back. The honor was given to Arizona’s Antoine Cason.

Steltz, Dorsey and the Tigers await Ohio State in the BCS National Championship game in the Louisiana Superdome in New Orleans on Jan. 7.