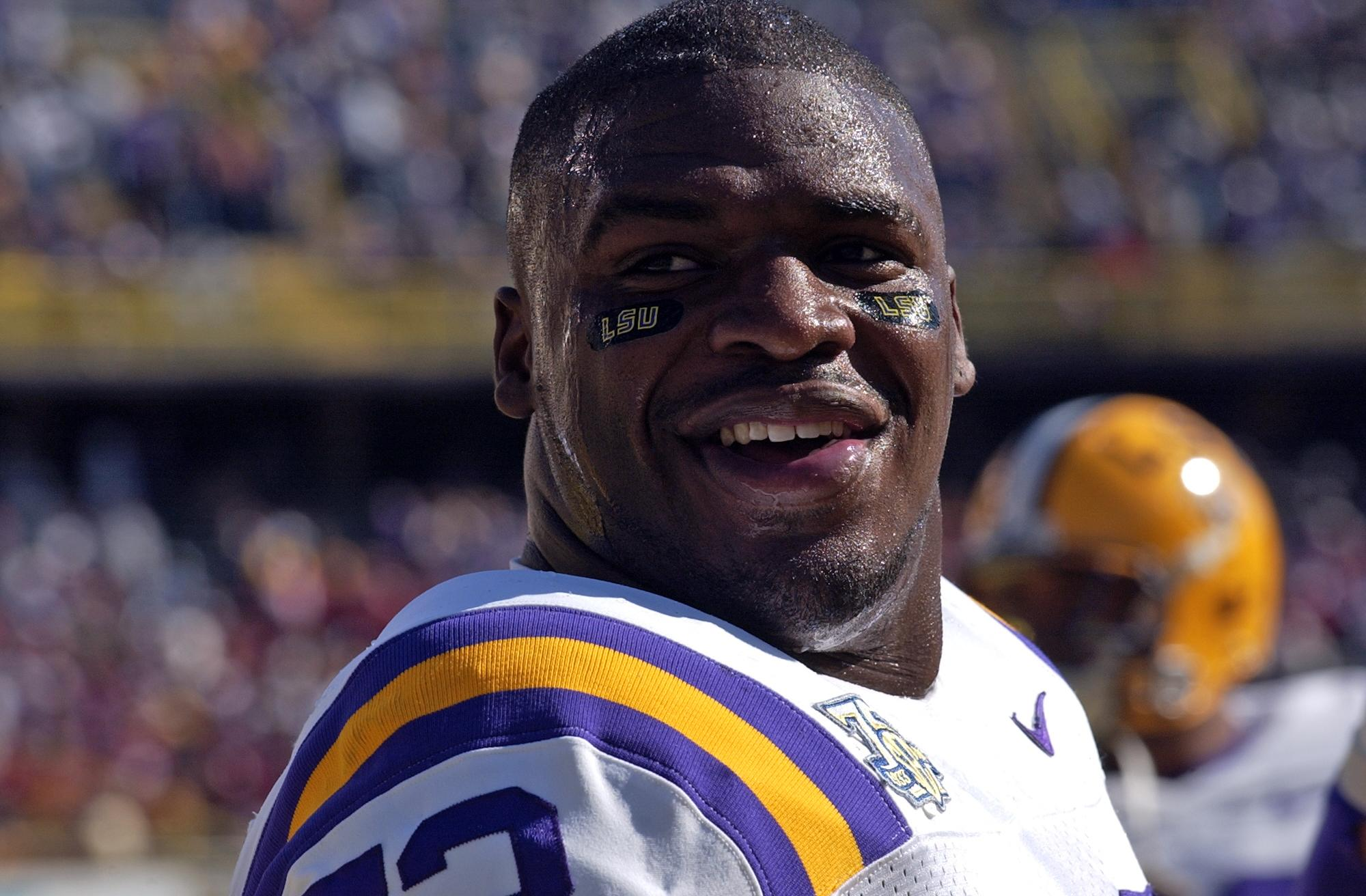 HOUSTON — LSU defensive tackle Glenn Dorsey added another award to his trophy case on Wednesday as he was selected as the winner of the 2007 Lombardi Award, it was announced here at the Hilton Americas Hotel.

The winning of the Lombardi Award comes just two nights after the LSU senior was selected as the recipient of the Bronko Nagurski Award, which is given to the nation’s top defensive player.

“It’s a huge honor to be named the best lineman in the country,” Dorsey said after receiving the award. “There are a lot of guys out there that work as hard as I do and are just as deserving of this award. I am humbled to think I would be chosen, especially considering the quality of players I am surrounded by tonight.”

Dorsey, who has already been named as a first team All-America by the America Football Coaches Association, is a finalist for a total of five national awards. In addition to the Nagurski Trophy and the Lombardi Award, Dorsey is also a finalist for the Outland, Lott and Bednarik Awards.

Dorsey is the undisputed leader for the second-ranked and SEC Champion Tigers. Behind the play of Dorsey, the Tigers posted an 11-2 overall mark and will play Ohio State for the BCS National Championship on January 7 in New Orleans.

Despite being slowed for the last month of the season with a knee and back injuries, Dorsey has still managed to record 64 tackles, 11.5 tackles for losses and six sacks for a Tiger defense that ranks No. 3 in the nation in yards allowed.

Dorsey will now head to Orlando, Fla., to take part in the ESPN College Football Awards Show on Thursday night. The winner of the Outland and Bednarik Awards will be announced at the ESPN show on Thursday. Dorsey will be joined in Orlando by LSU safety Craig Steltz, who is a finalist for the Thorpe Award.

Dorsey is also scheduled to be in Los Angeles on Sunday for the Lott Trophy Dinner.

“I’m so proud of Glenn and what’s he accomplished, not only this year, but throughout his career,” LSU coach Les Miles said. “I’ve said it before, but Glenn represents all that is good about college football.

“He epitomizes what it means to be an LSU football player. He’s a quality player, one of the best I’ve ever been around, but he’s an ever better person. He decided to hold off on the NFL for a year to come back to LSU to have a special senior season and he’s done just that.”