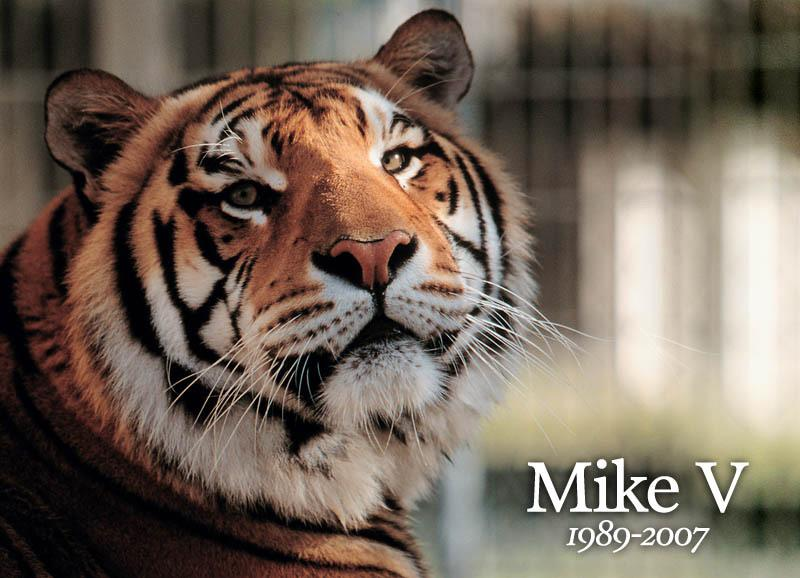 BATON ROUGE — The reign of Mike V, LSU’s beloved mascot who died early Friday morning, will be remembered as one of the most glorious periods in the history of LSU athletics.

Mike actually attended his first sporting event on February 21, 1990, when he was introduced to a roaring crowd at the Pete Maravich Assembly Center for a men’s basketball game.  The Tigers beat Alabama that day, 75-69, in Shaquille O’Neal’s freshman year.

“Mike V was a noble mascot who was loved by Tiger fans young and old, and he represented all that is proud and dignified about LSU,” said LSU athletic director Skip Bertman.  “Mike has reigned over a magnificent era of Tiger Athletics and he is missed today by LSU fans the world over.”

Mike the Tiger Through the Years

A wreath was placed in Mike V’s habitat on Friday morning.