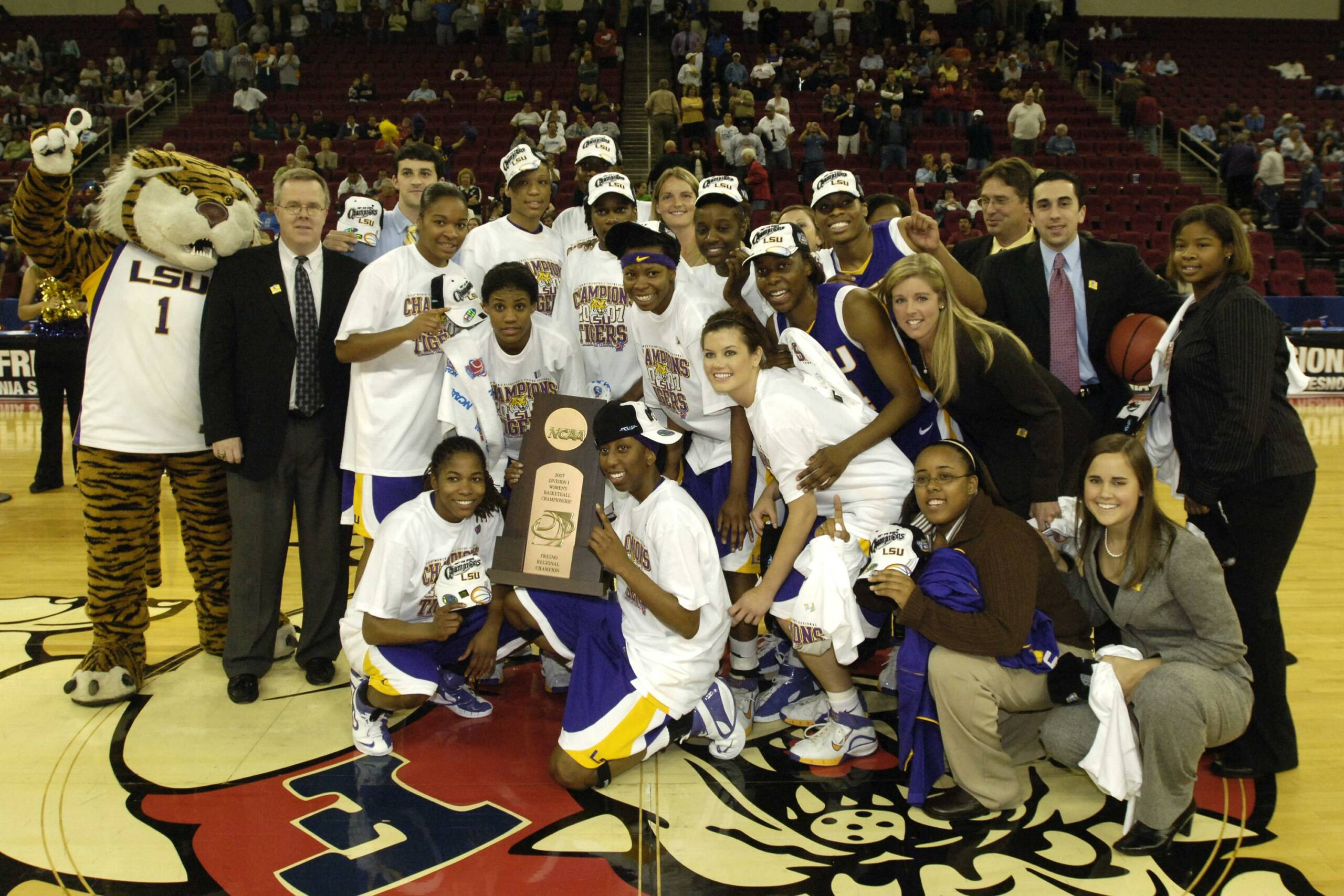 Fowles, voted the Fresno Region’s Most Outstanding Player, scored 23 points on 10-of-18 shooting while grabbing 15 rebounds to carry LSU (30-7) to a match-up with Rutgers on Sunday in Cleveland, Ohio. The Scarlet Knights (26-8) beat Arizona State 64-45 earlier Monday night.

Game times for the Women’s Final Four games are 6 and 8:30 p.m. CT. The order of games will be determined Tuesday evening.

Fowles scored seven points in a 13-2 LSU run less than six minutes into the game to break an 8-8 tie. The Lady Tigers never trailed after that, with the final score being the largest margin.

UConn (32-4), which broke LSU’s 43-game home winning streak in February, 72-71, had no answer for Fowles on either side of the court — especially defensively where she blocked shot after shot. LSU beat UConn for the first time in school history (1-3).

The Huskies shot only 33 percent from the field (20 of 60), the worst performance of their season. The pervious low was a 34.5 percent effort in a 55-47 loss to Rutgers in the Big East Tournament Championship game.

With Fowles dominating the paint, LSU’s perimeter shooters were able to find and bury open three-pointers all night. The Lady Tigers finished 7-of-10 from long range, including three by freshman Allison Hightower, two by Quianna Chaney and two by Ashley Thomas.

Thomas, who missed five games after injuring her knee early in the regular-season loss to UConn, played a key role in the Lady Tigers victory.

Fowles even showed off her passing skills with a pretty backdoor assist to RaShonta LeBlanc midway through the second half.

Hightower hit two three pointers late in the first half that pushed the Lady Tigers’ advantage to 34-17 before the break. After leading 34-22 at the half, LSU never allowed UConn to get closer than 11. The Lady Tigers outscored the Huskies 14-2 in the final four minutes.

The other national semifinal match-up will be determined Tuesday when Tennessee faces SEC rival Ole Miss at 6 p.m. CT in the Dayton Regional Final and North Carolina takes on Purdue in the Dallas Regional Final.