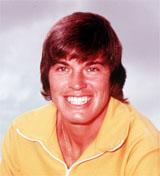 Coleman coached three-and-a-half seasons at LSU, beginning with the 1975-76 campaign, the inaugural season of Lady Tiger basketball. In just the second year of the program, Coleman guided LSU to the AIAW national championship game, where the Lady Tigers dropped a 68-55 decision to Delta State on March 26, 1977.

Coleman compiled a 91-32 head coaching mark, including a fabulous 37-3 record in 1977-78, when the Lady Tigers advanced to the AIAW Regionals.

“Jinks was a wonderful lady,” LSU athletic director Joe Dean said. “You’ve got to give her a lot of credit. She got this off the ground. She really got it started. She was the mother of this program. As a coach, she had great respect around the country and gained great respect for the LSU program.”

Her phenomenal efforts quickly propelled the Lady Tiger program into the national spotlight with the AIAW championship-game appearance in 1977 versus Delta State.

“She was a very, very gifted coach,” said present LSU women’s basketball coach Sue Gunter, entering her 19th season at the school. “She did so many good things in the short time as head coach. She’s one of the reasons I’m at LSU. Before I made my final decision to come to LSU (from Stephen F. Austin), Jinks Coleman was the one I called. She encouraged me to come and take the job.”

Coleman also served as the LSU women’s volleyball coach until 1977, when she was allowed to concentrate solely on basketball. However, throughout her LSU tenure, she was still required to teach five physical education classes while performing her coaching duties.

Coleman resigned as LSU women’s basketball coach in the spring of 1979. She later worked as a teacher in Baton Rouge at University Lab School and St. Louis King of France elementary school.

“She was a gracious person who never complained, a lady with a perpetual smile,” said former LSU men’s basketball coach Dale Brown. “She was a mother to her players.”

Coleman, a native of Lake St. John, La., was a 1961 graduate of Ferriday High School, and she attended Northwestern State in Natchitoches, where she served as captain of the volleyball team. After earning her bachelor’s and master’s degrees in education from Northwestern State, she served as head coach for women’s basketball and track at Monterey High School for eight seasons.

“She never received the accolades she deserved — except from her players,” Gunter said. “The players who played for her remain very, very loyal. That’s the absolute great mark of a coach — how they are seen by their former players.”