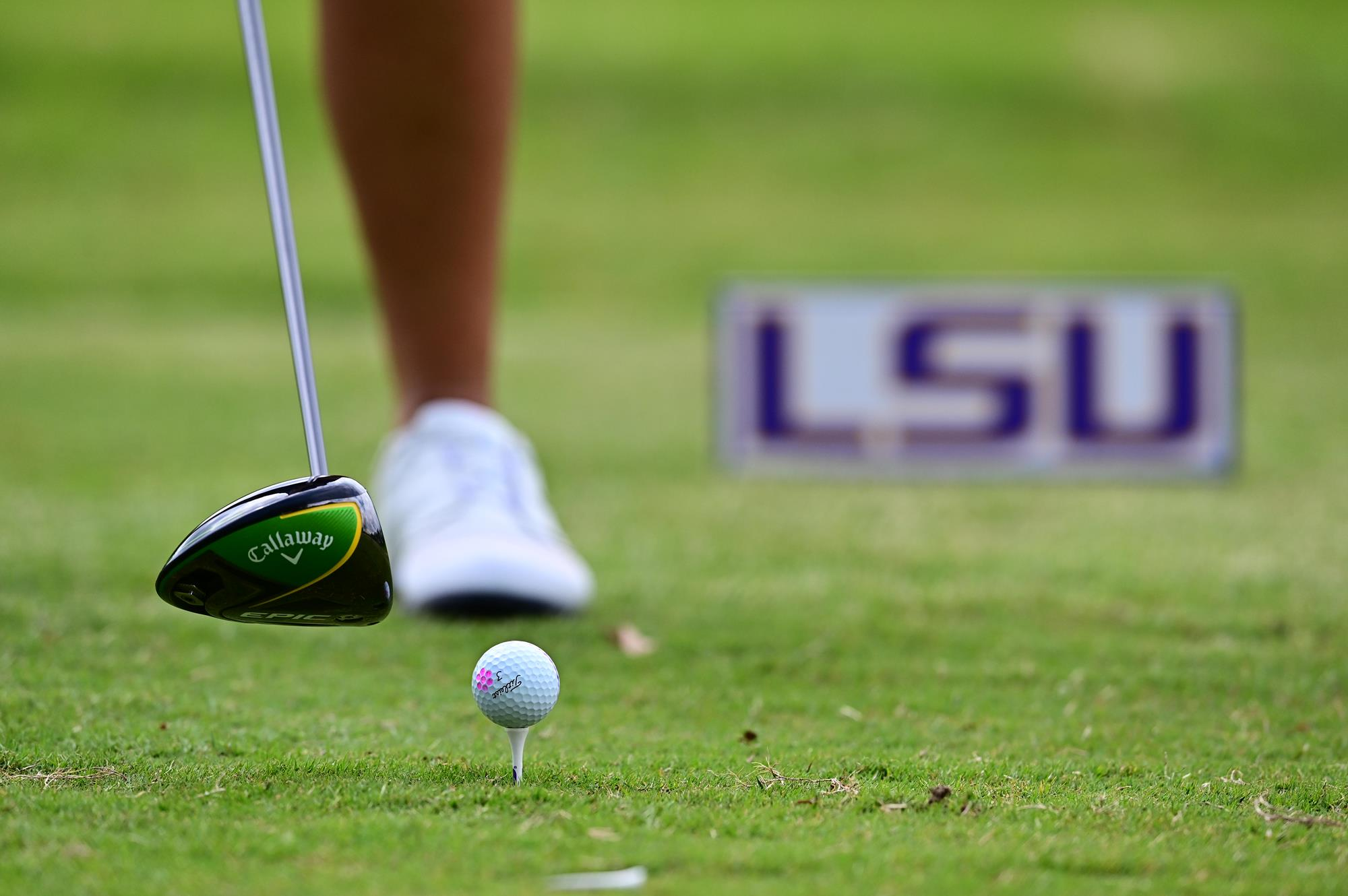 Baton Rouge, La. – The No. 4 LSU women’s golf team is in first place after completing the first and second rounds of the LSU Tiger Golf Classic, Tuesday at the University Club Golf Course.

The Tigers currently sit at 9-under par 567 after 36 holes entering Wednesday’s final round. Vanderbilt is in second at 3-under par 573.

The Tigers showed up ready to play and their 567 total after two rounds tied the women’s course record for 36 holes held by South Carolina from the 2016 NCAA Regionals that were held at the U-Club. LSU’s second round score of 278 is the second lowest single round since the renovation of the course in 2011. Florida and South Carolina both posted 277 (11-under) in the 2016 NCAA Regional.

The round is however, the best single team round posted on the U-Club layout for the LSU Tiger Golf Classic since the renovation.

The Tigers were led by Carla Tejedo Mulet, who is tied for first individually at 4-under par 140. Tejedo Mulet started off round one with three birdies and nine pars. She came back better than ever in round two tying the LSU Tiger Golf Classic low round (since 2011) of 7-under 65 with a birdie on her first hole to lead her into the red figures, shooting a total of eight birdies in the round.

Ingrid Lindblad shot a 3-under 141 after two rounds to put her third overall. She started round one off with three consecutive pars followed by three consecutive birdies that her into the red figures for the rest of the round. She shot two more birdies on No. 10 and No. 14. In round two Lindblad posted six birdies and eight even pars.

Latanna Stone finished the first two rounds with a 1-under 143 and was even par for 13 holes in round one and shot two birdies within the round. In round two she came back shooting five birdies and 11 pars. Stone is currently in a six-way tie for eighth place.

Alden Wallace posted rounds of 70-72 for a two-under par total of 142. She posted one of the few eagles on the day on the par 5, 478-yard sixth hole. She is currently in a tie for fourth, two shots out of the lead.

Round Three will begin at 8:30 a.m. CT Wednesday. The most up to date scores and standings can be viewed at Golfstat.com. Fans can also follow along at @LSUWomensGolf on Twitter and Instagram for updates.