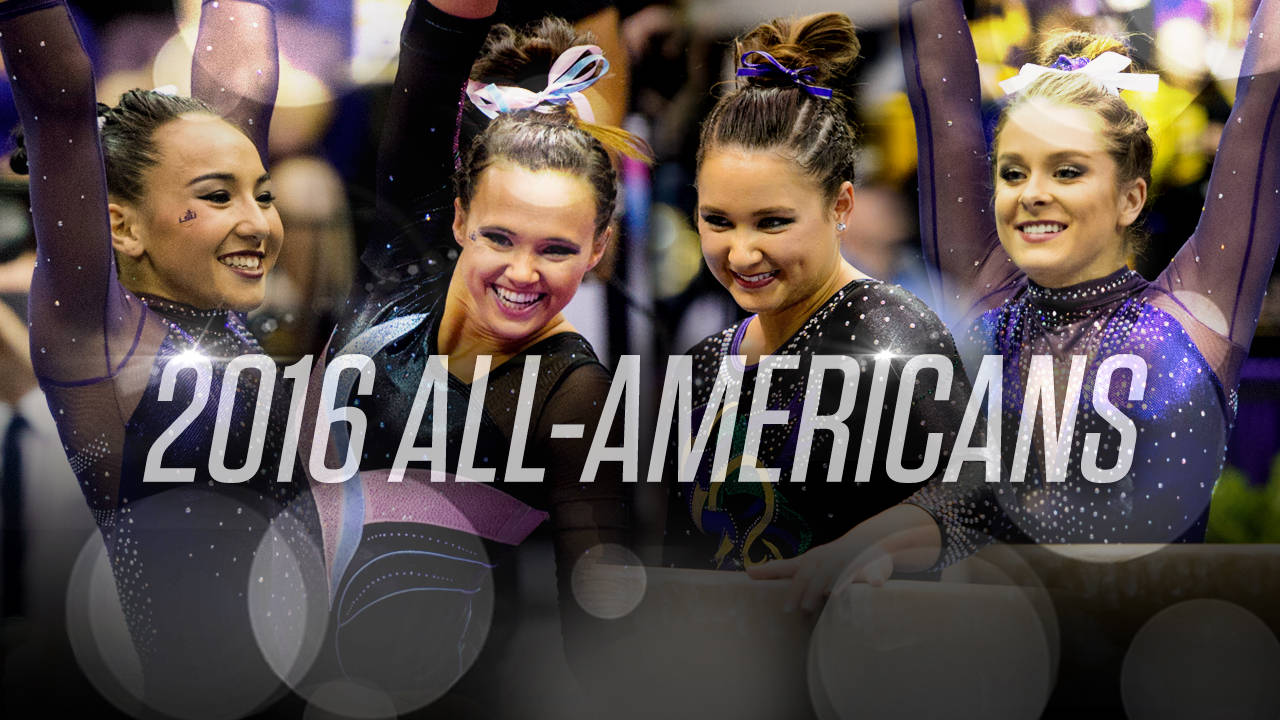 All-America status was determined by a gymnast’s regional qualifying score (RQS) in the latest national rankings.

Ewing is now a four-time All-American, and this is her first regular-season honor.

Hambrick is now a two-time All-American after earning the distinction on vault at the NCAA Championships last season.

These are the first two All-America honors of Finnegan’s young career.

LSU has now produced 31 regular season All-America honors in the four seasons that they have been awarded.

Gymnasts have a chance to earn All-America honors during the semifinal round of the NCAA Championships on April 15 in Fort Worth, Texas.

No. 3 LSU (18-4) returns to action at the NCAA Athens Regional hosted by Georgia on Saturday. The Tigers are the No. 1 seed and will compete for a spot at the NCAA Championships against No. 10 Georgia, No. 15 Oregon State, Arizona, George Washington and Michigan State.

Tickets to the regional are available for purchase by visiting www.LSUtix.net and entering the promo code G16-NCAA.

Saturday’s regional will also be live streamed on SEC Network+ at http://es.pn/1VApXUe.