Mondo Named Finalist for The Bowerman 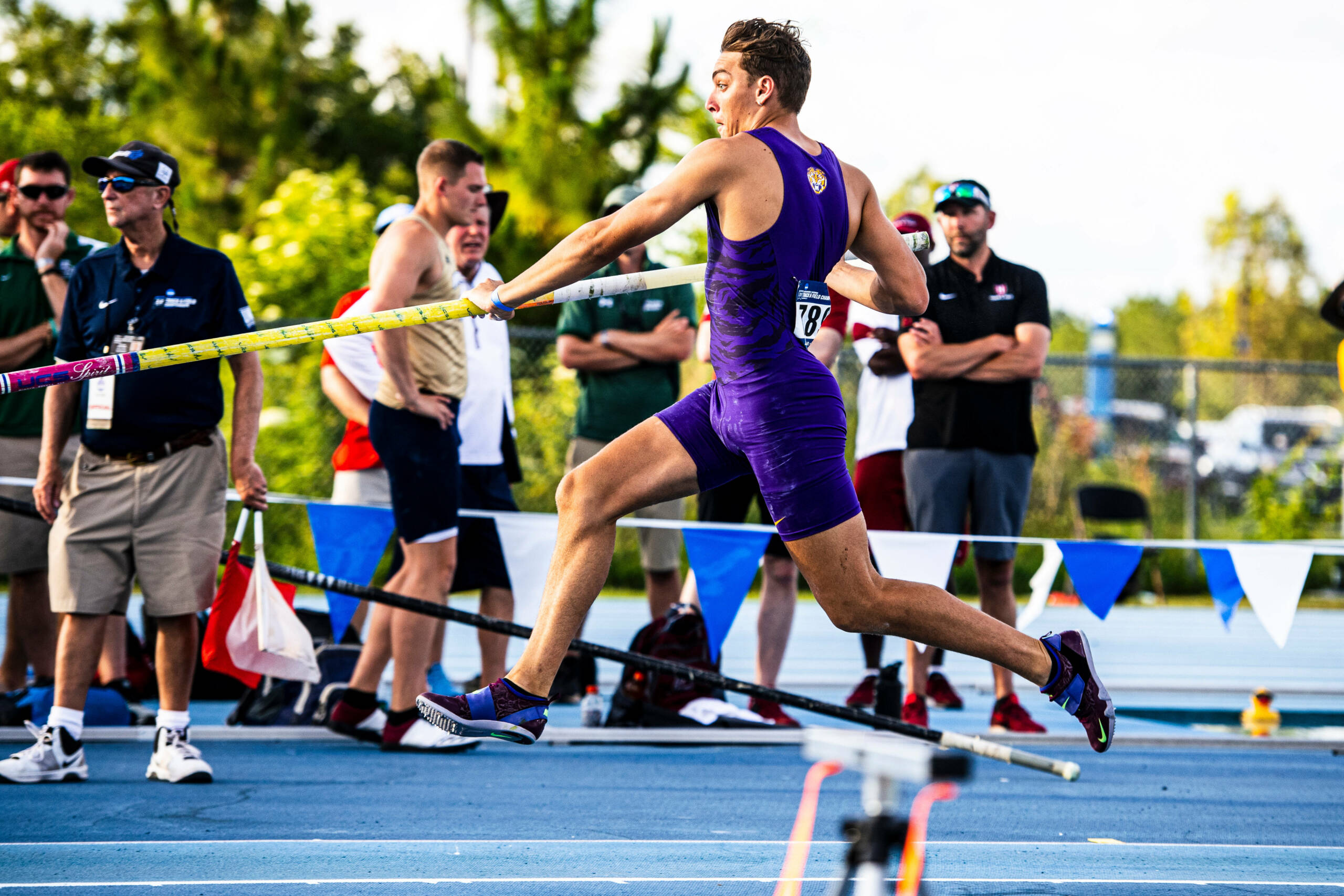 Baton Rouge, La. – Mondo Duplantis became the first man in LSU track and field history to be named a finalist for The Bowerman the U.S. Track & Field and Cross Country Coaches Association announced on Thursday. Duplantis is one of three finalists with Florida’s Grant Holloway and Texas Tech’s Divine Oduduru.

Outdoors, Mondo registered a record of 3-1 in event finals while competing five times. He opened the outdoor campaign with a clearance of 5.55 meters (18′ 2.50”) at the LSU Alumni meet for gold before he cleared what was then the No. 2 all-time clearance outdoors with a mark of 5.94 meters (19′ 5.75”) at the LSU Invitational for first place. At the SEC Championships on May 11 Duplantis cleared the collegiate record setting height of 19′ 8.25” (6.00 meters) to complete the indoor/outdoor SEC sweep. The only loss of his collegiate career came at the NCAA Championships when he took second place to Chris Nilsen of South Dakota. In the only non-final event of his collegiate career, Mondo cleared a height of 5.31 meters (17′ 5”) to qualify for the NCAA Championships. Duplantis’ season best of 6.00 meters (19′ 8.25”) is currently a world lead. Mondo’s collegiate record of 6.00 meters (19′ 8.25”) at the SEC Championships helped the Tigers secure their first team title at the meet since 1990.

The Bowerman, which debuted in 2009, awards the top female and male collegiate track and field athletes in the country every year. The winner of The Bowerman will be announced on December 19 at the annual USTFCCCA coaches convention that will be held in Orlando, Fla., at the JW Marriott Orlando Grande Lakes.