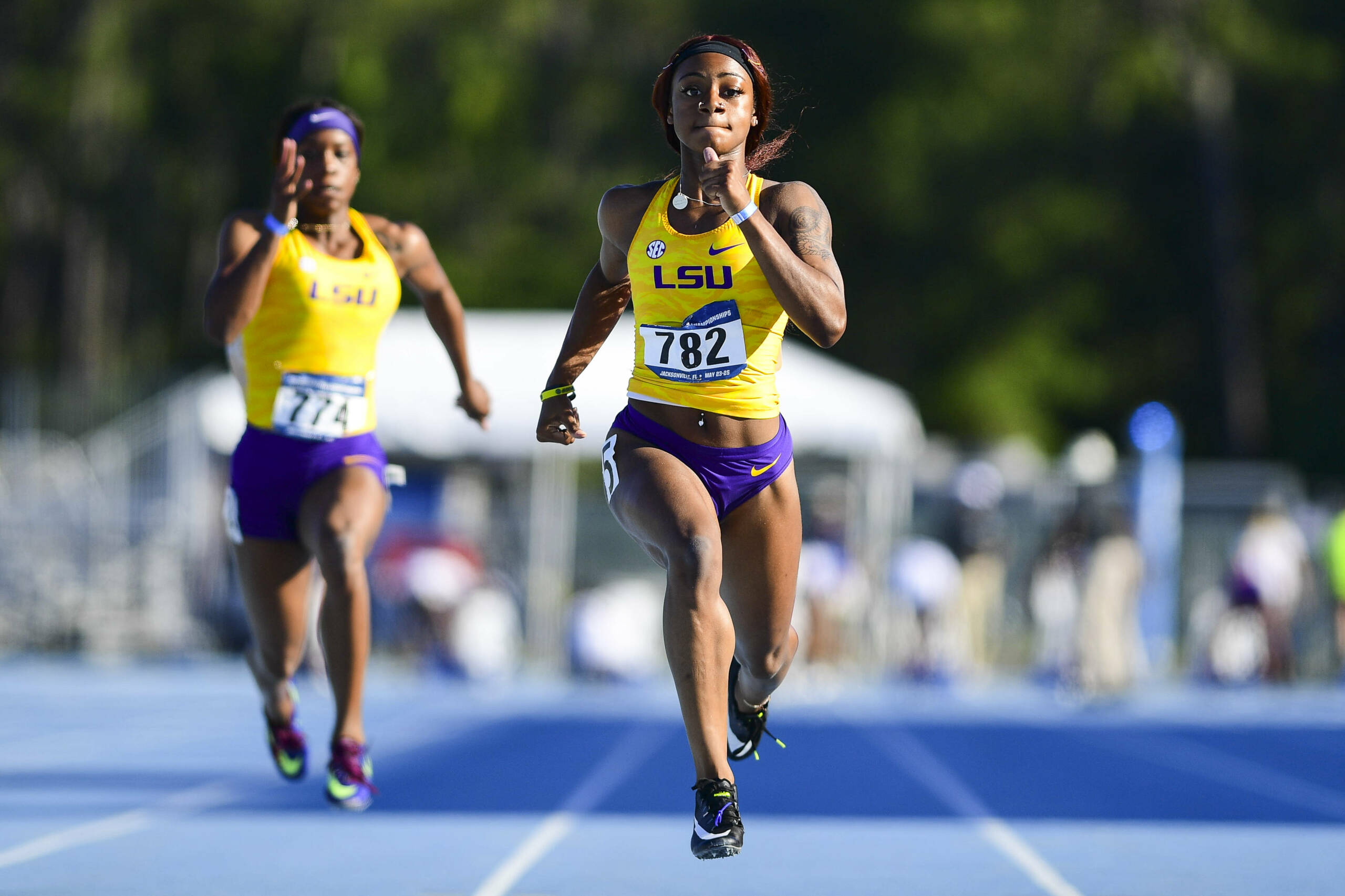 Jacksonville, Fla. – Seven athletes wearing the Purple and Gold clinched their spots at the 2019 NCAA Track and Field Championships on day two of the NCAA East Preliminaries at Hodges Stadium Friday night. Sha’Carri Richardson ran a stunning 10.99 in her 100 meter race to advance to the NCAA Championships; it was a time that has only been run by one other freshman in NCAA history.

Richardson’s 10.99 set the Hodges Stadium facility record, was the 13th fastest in NCAA history, the sixth best in LSU history, a U20 world lead for the 2019 season, and the fourth-fastest U20 time in world history. The 10.99 broke Alabama’s Remona Burchell’s facility record of 11.03 that she set at the 2014 NCAA East Preliminaries. In NCAA history, only one other freshman has gone as fast as Richardson and that was TeeTee Terry of USC who ran a 10.99 a year ago in the regular season. The 10.99 is a NCAA postseason record by a freshman.

When you run against the best, you do your best. @LSUTrackField‘s Sha’Carri Richardson runs a SB in the Women’s 100m to punch her ticket to Austin. pic.twitter.com/vwFOyo0MAr

Tyler Terry was the first Tiger on day two to secure a bid to the national meet that will take place June 5-8 in Austin, Texas. Terry’s 400 meter quarterfinal time of 46.18 was just quick enough to move on to the national semifinals that will be contested in two weeks in Texas. The readout of 46.18 earned him the 12th and final qualifying spot in his event. Jaron Flournoy was the only other LSU men’s sprinter to advance to national on the second day of prelims. Flournoy took third in the second heat to clinch the final auto qualifying bid of the heat with a 10.24 in the 100 meters.

On the women’s side in addition to Richardson, Ersula Farrow, Brittley Humphrey, Milan Young and Jurnee Woodward all punched tickets to the NCAA championship meet in Texas. Farrow ran a season best of 2:04.15 in the 800 meter run to easily advance to the national semifinal. The women’s 400 meter hurdling trio of Humphrey, Young, and Woodward all advanced to the NCAA Championships in the event for the first time in their careers. Young won her quarterfinal with a personal best on the second consecutive day with a 56.42 to rank ninth in program history and Humphrey’s PR of 56.72 ranked 10th in program history. Woodward moved on to the NCAA Championships with a 57.41.

The final day of NCAA East Prelims will begin on Saturday at 3 p.m. ET with Kyndal McKnight in the triple jump. A full competition guide for Saturday’s competition is listed below.

^Quarterfinal round events that feature 24 athletes – top three from each heat, plus next three fastest times advance to NCAA Championships